Prachi is a voracious reader and a bibliophile. She has her own library with a collection of more than thousands of books of different genre

Happiness looks small and tiring when you have it in your hand, but the moment you let it go, you realize how big and precious it was.

Maximovich Peshkov, known by his pen name Maxim Gorky, was the originator of the socialist realism literary method. He was a famous Russian and Soviet writer. Through his writings, he discussed the problems of common people and revealed their hardships and humiliations.

Maxim Gorky is not only known for his successful novels, but also for dramas and plays. Focusing on his major success, here are the best novels that you can add to your reading list:

It’s only mothers who think of the future because they give birth to it in their children.

4. Twenty-Six Men and a Girl

5. The Life of a Useless Man

The Life of a Useless Man by Maxim Gorky

The Life of a Useless Man
The Life of a Useless Man describes the mental struggle of a young boy, Yevsey Klimkov, who is forced to spy on his friends on the order of Tsarist police. It is a miserable story and journey of a useless life, yet is awkwardly sympathetic and affectionate toward its dumb main character. Due to his profession, he is away from solidarity and genuine closeness with other people.
Buy Now 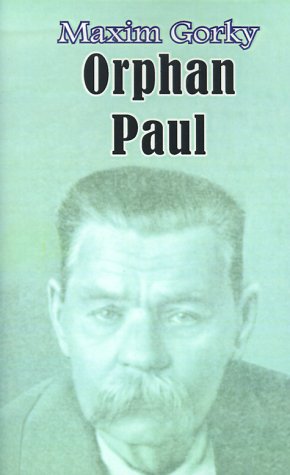 Orphan Paul
Maxim Gorky has chosen a young orphan boy and a prostitute for his very first novel. Check out how the book explores the various aspects of life including friendship, prostitution, and murder. Paul’s very birth is a miserable event. It is followed by sadness everywhere. Blessing him with a better and comfortable life, his parents threw him into the shelter. Right from this misbehavior, the story proceeds with Gorky’s various literary experiments. The plot is vague and has multiple dialogues, yet holds the readers till the very end. The climax is touching and realistic.
Buy Now

Maxim Gorky was very well-aware of the loneliness and despair of persecuted humanity. He perfectly and vividly describes these issues in each of his works.

His writings were the start of a new era of Russian literature and also made a heavy impact on today’s Russian writers.