Thanks to Shinedown I Have Made It Through

In 2011 I participated in BloPoWriMo (Blog Post Writing Month.) Every day for thirty days we were given a topic to write about. One particular day we were to write a mock letter to someone who had helped us through a tough time in life.

This was my mock letter. Only, it wasn't really a letter at all.

The band that has helped me since 2007 is Shinedown. I don’t need to write a mock letter stating that, since they already know. I have had the pleasure of seeing Shinedown 6 times in a 2 year time span.

UPDATE: Since the original writing of this post I have seen Shinedown live 12 times since 2008.

I am a member of the Shinedown Nation, which is the Shinedown fanclub. I follow the band on Twitter and have even got my entire chest tattooed as a tribute to my pain, suffering, and healing. The entire tattoo is based on words and phrases of Shinedown songs. Most people would not get that just by looking at it.

Once the tattoo was complete I posted the photos on my Shinedown Nation wall and sent them to Brent Smith, the lead singer. To which he replied “I am very honored.” I shared the tattoo in countless Shinedown Nation tattoo share posts and since the original posting of this post, every band member has replied to me regarding my tat. I just have to say, Shinedown is an amazing group of men.

Because of this, I don’t feel I need to write a letter. Instead, I am going to share a photo of my tattoo and the meaning behind it all.

There was a period in my life where I had become extremely depressed. I had been off my medications (lack of insurance) for quite some time and things just were not going as planned in life. After going through a divorce and moving 2000 miles away, I felt my life was over as I lay in bed day after day. Nothing interested me. Despite that, I did manage to make one friend who happened to introduced me to Shinedown.

That moment changed my life.

I found an outlet in the music and I found meaning in the words.

I had wanted to get another tattoo for quite some time. There were a few ideas I had in mind, but the night I went to the Shinedown 'Anything and Everything' acoustic show I had a completely different idea by the time I left the venue. I wanted something that said “where I am going, where I have been” the famous phrase Brent Smith likes to say before a certain song at every concert I was at.

That night, before my eyes, pieces of the tattoo puzzle started to unfold.

It wasn’t easy trying to explain what I wanted. I printed off photos and took them to my tattoo artist. What he put together is a beautiful piece of art that I will always remind me of who I am.

Technically the tattoo is complete, but there are a few more pieces I would like to add, which will connect on down my left arm. I already have nine (8 and one giant) so what’s a few more? With every new Shinedown album, more pieces of the puzzle start to fit together. Someday, they will form an arm sleeve. 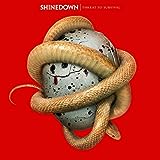 Let's Talk the Ideas and Meanings Behind the Tattoo

1. M.C. Escher – he is the artist I took the craziness from. I've been a fan of his work for quite a long time. His pencil drawings tell a story and I love the way he designed. The pocket watches and endless staircases are some of my favorite artistic pieces.

2. Haley’s Comet – she is under the praying hands. The verse is:“ I just saw Haley’s Comet she waved, said why you always running in place” from the song Second Chance

Because I believe that everyone deserves a second chance in/at life.

Because every once in a while you have to disappear to make yourself new.

4. The words “Believe” –Believe originally came from the Staind song Believe. This song had pretty significant meaning in my life; love old and new. Life shifted and although that was the focal point of another tattoo I had planned to get, it went with this one as well. The verse is from the Shinedown song, If You Only Knew.- “The only thing I still believe in is you.”

I still believe in this life I am living.

UPDATE 2/13/2016: I originally posted this HubPage in 2012. Over the years, Believe has become a extremely important word in my life. As I continue to battle Bipolar and PTSD, I look in the mirror every morning and remind myself that I am worth the fight. My story is not over yet.

5. 4:03am – this is the time that is placed in the banner located under the man in the moon. The song verse is “It’s 4:03 and I can’t sleep without you next to me, I toss and turn like the sea” from the song If You Only Knew.

For me, this is about a true love lost. That first few nights of sleeping alone after multiple years together. When your comfort is gone, you struggle.

6. Lightning bolts – The bolts of lightning comes from the verse “Wrap me in a bolt of lightning, send me on my way still smiling” from the song Call Me.

7. The Fly – this one to any Shinedown fan is pretty self explanatory. The verse “Long live that day that I decided to fly from the inside” from the song Fly from the Inside.

For me, this is a song about me getting away from the negativity and living my life on my own terms.

8. The Shindown symbol – The symbol is in fly’s rear end.

9. The Praying Hands –The hands were influenced by a Lynyrd Skynyrd’s song Simple Man, which Shinedown remade. The line is “don’t forget that there is someone up above.”

No matter who or what you believe in, there is always someone there for you.

10. Shooting Star – from the verse “Cause they're all witness to a shooting star” from the song Energy.

11. Using my entire chest as a canvas – from the verse “Paint me a canvas so I become what you could never be” from the song I Dare You. 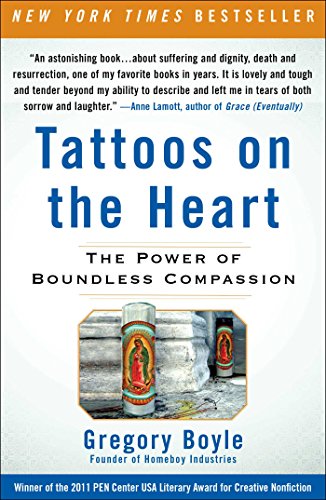