A Critical Essay on John Steinbeck’s The Snake

A Critical Essay on John Steinbeck’s The Snake

Could there really be conformity between the imaginary and the scientific world? Is there a possibility for the real and the idyllic worlds to co-exist? This is the premise on which Steinbeck’s “The Snake” implies. The imaginary world cannot co-exist with the realities of life. Steinbeck uses a symbolic representation of the imaginary world to illustrate the connection between what is real and what is imaginary. The idea is the theoretical and experiential should be balanced however in the case of Dr. Phillips it is not because he lives in Science.

Steinbeck focused on using two characters to show the philosophical dichotomies that emerge in the story. The scientific world is embodied in the character of Dr. Phillips who is doing an experiment on a starfish. He is working in his laboratory which is a small room with only a limited space to work on, and the furnishings are only what are needed for his work.

The woman who comes in while Dr. Phillips is at work provides the mystery in the story. At first it is believed that she showed up in the laboratory coming from the streets but when she leaves it casts doubts where did she really come from. The woman, the way she appeared in the laboratory and left, and her curiosity on the behavior of the snake while it feeds symbolizes the mysterious element in the story. The woman came to buy a rattlesnake from Dr. Phillips and made a special request that he feeds the snake because she wanted to see the process by which a snake eats. After which the woman left and did not come back (Steinbeck, 1935).

The Mystery that is Dr. Phillips

When the woman left and he kept looking for her in town, it was Dr. Phillips’ curiosity which drove him to do so. He was intrigued with the woman though he was irritated when the woman seemed uninterested with what he is doing at his laboratory. Being a man of Science, Dr. Phillips’ curiosity on the woman subdues his irritation when he was interrupted from his work. The behavior of the snake in the cage while eating is comparable to the life Dr. Phillips has. He has been repressed of his emotions and things he would like to express because he had been confined in doing his experiments. The woman, as his alter ego, represents himself thinking what it would be like to live life outside his laboratory. When the woman asked to see how the snake behaves while it eats is like Dr. Phillips looking at himself while working in his laboratory. It is very much the same way the snake behaves as it eats while inside its cage. Though the process may be scientifically explained but the behavior remains a mystery. Steinbeck used colors too to make the characters more relative to the mythical and scientific worlds, the appearance and color on the woman made her more fit for the mythical symbolism in the story (Federle, 2015) 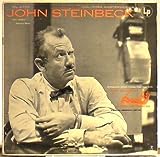