Short Story about being Unemployed in Thatcher's Britain.

Written in 1992, A Day in the Life of Ondole Andlifesabitch was partially inspired by my reading of A Day in the Life of Ivan Denisovich by Aleksandr Solzhenitsyn. It also presents an accurate description not only of my own life at that time, but of life for millions of others who lived under Thatcher's Britain.

Official figures at that time estimated there to be four million people unemployed. The real figures are still protected by the Official Secrets Act. However, as many groups of people were deliberately left out of the official calculations--such as anyone who had graduated from education, or who had been made redundant, or who had left the armed forces, or was aged over fifty, or who had completed a prison sentence, or who was engaged in any one of the numerous job-creation schemes, etc.--the actual number of unemployed people was widely suspected to have been double the official figures.

A Day in the Life of Ondole Andlifesabitch was published in The Zine, issue 5, December/January 92/93, a short-lived glossy magazine edited by Bo Maggs.

She woke slowly, trying to draw out the warm snoozy process. Her quiet mind caressed the shimmering ghost of an evaporating dream. She enticed back this shroud of fantasy, embroidering and recreating its enchantment. This was the highlight of her day.

She wanted to preserve the warmth of the duvet for as long as possible. Early autumn sunlight had already turned the damp flat into a shadowed fridge. There was barely enough to feed herself, let alone the metre which sat in the corner like a ravenous goblin. This would be the warmest she'd be all day, so she strived to make it last.

The Highlight of Her Day

When the pain in her bladder reached screaming pitch, Ondole pulled on a holey pair of leggings and the orange jumper she'd bought from Oxfam for 50p, and sprinted down the hall to the bathroom. Her breath hung in the air like solid white steam. It turned to wet droplets on the window patterned with black mildew and blistered paint raised over rotting wood. Fat silverfish ran from under the soap.

She opened the fridge--well, now it was just a cupboard because the motor died last year and it was too old to fix--and took out two slices of wholemeal bread. She switched on the grill, picking green bits from the bread while she waited for the grill to heat up. The kettle whistled into life and she savoured the warmth through her frozen fingertips.

As she slid the bread under the grill's blue and orange flame, Ondole tried not to think about how she'd fill the day. 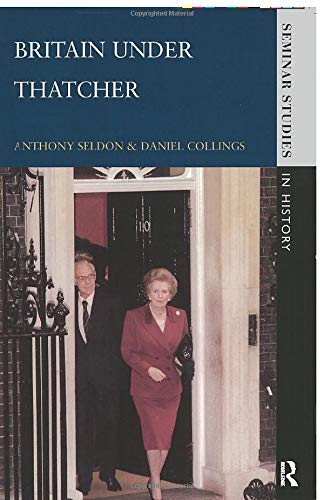 Silent Conversations about Nothing

This was a silent conversation she had every day. What could she do that was at least vaguely interesting but which cost nothing? Literally nothing.

Ondole was doing a course at college to take advantage of the twenty-one hours per week rule, but what about the other six days? Some of her friends had become experts on old films, quiz shows and advert jingles but Ondole couldn't afford the TV license. Maybe she would go to the library.She hadn't been yet this week. Ondole read a lot these-days. Now she recognised many of the old people who went there every day. They read every word of each free newspaper. Would this be her future too?

She pushed that thought aside as she pulled out the grill tray and switched the flame off, turned the bread over and pushed the tray back under so that the remaining heat could sort-of toast the other side. She snapped the lid off the supermarket's Own Brand margarine, and took a knife from the drawer. A smear of honey would help disguise the mould.

Well, it could be worse. She could be living in a doorway, or in a war zone. And at least she didn't have a kid to worry about, unlike her mate who was treated as if she'd deliberately got pregnant to snatch the privilege of living in a B&B with druggies and winos. As if women had no right to functioning wombs. As if a man hadn't played his part in creating a pregnancy. As if contraception was fail-safe.

Ondole crunched her toast and scowled. She felt so angry about so much these-days. Angry about stuff she felt powerless to change, angry about being treated as a financial burden.

She'd become a New Age Traveller but she couldn't afford the petrol, never mind a caravan.

Ondole gazed out of the window. She did this a lot. There wasn't much to look at, just backyard bins and washing lines, but since it was there she looked at it anyway. Next-door's yard brush was still lying in a puddle. A brightly coloured Bart Simpson doll had been thrown on the roof two houses along.

Ondole finished her toast and noticed a thin envelope beside the letter box. She liked receiving mail. It proved that someone out there remembered her, if only for a moment. Maybe she should put her name in big letters on the side of a train like they do in America. No; spray paint's so expensive. And besides, she couldn't be bothered.

The envelope contained a letter 'inviting' her to a Restart interview. They wanted to know what she'd done to find a job. She felt like showing them a copy of the Financial Times so they couldn't pretend that nearly four million other people weren't also on the dole. She'd looked at job adverts in the local paper, and in Thursday's local tabloid (26p), and she'd visited the Job Centre twice a week (55p into town, then 55p back, unless she walked the three miles each way.) Maybe they'd want her to do Jobclub again.

Nearly Four Million on the Dole

Ondole picked a toast crumb from underneath her thumbnail, ate it, and put the letter on the shelf. She opened the front room curtains and looked out of the window at the litter blowing along the gutter. A group of shrieking school kids in sombre uniforms struggled along with heavy bags of text books. Work hard at school and get a good job; what a farce. Ondole had a string of qualifications, and she'd become a freelance writer--signing her name once a fortnight for a pittance.

Maybe she should become a nun. She'd already got the Poverty bit down to a fine art; and as for Chastity, well, who could afford a social life on Income Support? Obedience? Obey the system, sign here, pay this, keep out of the way, be invisible.

(At which point Ondole vanished. Hence the sudden apparent termination of A Day in the Life of Ondole Andlifesabitch.)

Did this story reflect life on the dole during the Thatcher Era?