A Review of A History of the Low Countries: How to Perfectly Personify a Subject

A History of the Low Countries, by Paul Arblaster, is I am convinced, a perfect representation of the low countries. Not that it is a perfect book - although I consider it as a decent one - but because it is well, distinctly lacking in grand ambition, pretensions to universality, and is simply put, unremarkable. It sets for itself the goal of providing a general history of Belgium, the Netherlands, and Luxembourg as a cohesive sphere which is now grouped together under the term of the Low Countries, and it does this effectively - but without much panache or style, without trying to make itself anything more than a brief overview and without trying to draw any great lessons or inspirations for humanity as a whole, despite some pretensions to this on the first few pages. In this, it perfectly represents the current stereotype of Belgium and the Netherlands - as pleasant and good places, but peculiar, insular, and without grandeur or universal aspirations, unlike nations like the French or British or even the Germans.

The book's beginning starts with a prefix, vaunting the diversity of the Low Countries and urging to look at the history of Belgium and the Netherlands as one of accepting their differences and messy history, in a brief book to look at their story. It is followed by the acknowledgements, the maps of the countries over history, and the introduction which restates many of the themes of the first chapter and expands them to include geography and justifies why they are written as a single unit.

Moving on from this is the Roman era,mostly covering the early Roman invasion and Roman military-diplomatic policies, then continuing on with Roman influence. it continues with the fall of the Roman Empire, the fighting between various tribes for control, Christianization and Dechristianization, Feudalism and yet also later growing centralization in princes defined the region, with important centers of intellectualism from its prosperous cities fueled by trade and commerce. Much of the Low Countries would be united under the Burgundians, during the 15th century, ruling over a flourishing realm with its crown jewel of Bruges, and great triumphs of art and craftsmanship. It ended soon Later with the fall of the Burgundians the Hapsburgs came to power, and the Low Countries would be integrated into the expanding world financial and trade system as a key point for the import of spices and silver from overseas.

The Low Countries would be divided by the advent of Protestantism, which lead to a bloody repression by the Hapsburgs to attempt to stamp out the revolt, ultimately backfiring and after desperate fighting leading to the establishment of an independent Dutch Republic in the North, Dutch success led to a somewhat more tolerant state, although one constantly riven through with religious controversy, and an economic boom of major expansion of world trade, colonization,economic manufacturing and industry, the arts, and literature, which led to a golden age of the Dutch during the 17th centuries, as well as quiet prosperity in Hapsburg Belgium. However, growing political problems gave rise to attempts at reform in the Netherlands itself and revolution in Belgium, succeeded by French invasion, a spell under French hegemony and its reforms, and then a united Netherlands controlling Belgium as well after the Napoleonic wars.

This ended in 1830 when the Belgians revolted and won their independence. The book notes the confessional and religious divides in Belgium, but also relative tolerance and Catholic engagement in democracy which one the admiration of other Catholic countries struggling with similar issues such as France. The countries saw a ferment of different ideas with temperance movements, trade unions, socialism, Christian inspired social reforms feminism, but also the beginning of language as the dividing line in politics in Belgium. But it still is a period which might be viewed as a golden age in the countries, which prospered in peace, developed economically, and were transformed by the transfusion of science and technology and the spread of mass culture. The World Wars by contrast would be a dark time with hunger, death, resistance, and defeat, followed up by Dutch decolonization wars after the end of the conflict and major political squabbling in Belgium. But since then years have mostly been peaceful, with major increases in the standard of living even if it was followed by economic slumps at the end of the century, and rise of consumerism, secularization, social liberalization, The book ends, without a conclusion, by discussing some of the contemporary political scandals and issues such as Islamism and mass immigration.

Arblaster's book is a distinctly average one. It doesn't have anything which it is particularly missing - it gives a history for a good two millennia of the Low Countries, stretching from pre-Roman times to the present, and as it traverses the year it gives a holistic look at social, political, intellectual, and economic developments which shaped the lands over the course of thousands of years. There aren't any really glaring flaws, although the first part of the book dealing with ancient and medieval history is rather lacking in a look at social history. Presumably this is due to the more limited sources available during this time as compared to later on.

But it does become more interesting later on (perhaps for some the feudal era with listings of different princes might be intriguing but I find noble lineages and dynasties rather boring), particularly during the 17th to 19th centuries, where it looks at the flourishing of culture, industry, and commerce, examining philosophy and the progress of science in the Low Countries. It gives a window into the distinctive social systems of the Low Countries with the pillarization of society and their debates over religion, such as the various schisms and arguments which wracked the Dutch Republic in the 17th century or Belgian anti-clericalism in the 19th. And it always makes sure to cohesively look at both of the Low Countries, although its proclamation to write an integrated history frays here: after all; simply writing the history of Belgium and the Netherlands at the same time with occasional references for comparison to the other isn't really an integrated history, but just a comparative history, and there could have been more focus on explicitly looking at similarities between the two. Belgium and the Netherlands are very similar countries so these similarities can sometimes be effaced by this very similar - closeness divided - and this could have been more directly dealt with in Arblaster's book.

The book can seem like it presents a frame, a sketch, an outline, but doesn't fill it. The name of one of the most vital parts of the history of the Low Countries - the 1914-1960 period - is "World Wars and Decolonization." But the impact which decolonization had on Belgium and the Low countries, the influence on their mentalities and perspective - this is left entirely unsaid. An entire chapter has half ot its name devoted to the subject of decolonization, but it is glanced over and only dealt with in the sparsest terms. The book is decent at giving a brief overview of what happened, but very little of why it was important.

This book is rather short, at only 230 pages so some elisions are necessary., but the compromises made along the way to make such a short volume seems to have removed much of the soul from the history. There is simply put, not much that cries out to the reader, very little in the way of emotion throughout. Dramatic events, such as the rise of capitalism in the Netherlands which would define Northern Europe for centuries to come, or the vast war against the Spanish, seem to be recorded in rather hum-drum and uninteresting ways, without much in the way of glamor or glory. Decolonization is the what represents the most glaring part of this - it is a book which almost entirely neglects to mention the Dutch and Belgian colonial empires save for small overviews, and then gives the partial name of an entire chapter to them. Might not have a better name be something like "Blood and Turmoil" or simply "The World Wars and the Low Countries?"

There is also no conclusion to the book, which is also odd. Most history books try to end with an inspiring declaration about the importance and greater ideal of their subject, that it should be paid attention to and deserves greater recognition. A History of the Low Countries does none of this: it ends in a self-effacing way, with no attempt to wrap up the diverse threads it has traveled.

Uninspiring as it may be, it nevertheless is a decent enough summary of the Low Countries and their history, something which would be suitable for somebody interested in a very basic overview or a way to unify existing knowledge.It is not difficult to read, gives a wide-ranging history, and continues right up the present with contemporary issues and problems, such as immigration, multiculturalism, and Islam. It is the type of book which I imagine would be perfect for filling the reading lists of an introductory undergraduate course on Northern European history: never particularly inspiring, but something that uninspired students can read to get a brief introduction into a scanned over country. It is a shame that it can't be more, but at the end of the day, plebeian books are a necessity too.

3 stars for A History of the Low Countries 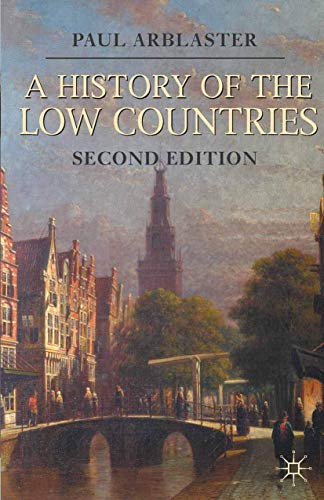