A Textual Analysis of The Song of Roland

The Song of Roland

A Textual Analysis of The Song of Roland

Literature is the collection of significant human experiences and creations of the human mind. These pieces are divided into two: prose and poetry. Of the two, nothing seems superior. Both have become integral parts of the body of knowledge we now enjoy and study. Some pieces of literature have played significant roles in the shaping of history. Knowing that literature has the power to instill certain ideologies which can inspire and motivate, dampen and demoralize, make or break, and raise or demonize a target audience, writers and readers have given ample time, thought, and effort in order to achieve their desired objective(s). Some are purely factual. Others are entirely fictional. And there are a handful which blends the facts and fiction together delivering a rather intriguing novel, story, or poem. This special kind of pieces are well used and well placed so much so that the target audience becomes activated or boosted to the level of esteem the writers intend them to reach. Such controversial nature can be found in many parts of history and news both locally and internationally. Such is the case of The Song of Roland.

A Blend of Fact and Fiction

The Song of Roland is believed to have been a mix of fact and fiction. The story revolves around a knight named Roland who was regarded as one of the best military officers of Emperor Charlemagne in 778 (Encarta Encyclopedia, 2008). The theme deals with treachery, triumph over evil, victory of Christianity over Islam and paganism, and the heroes’ spiritual bounty as a loyal servant of the pope and the Church. Much of the emotional impact of the legend is centered on the travails and morale of the Crusaders who gave their lives for the faith. In a sense, the main thrust of the whole piece was more on propaganda rather than any other reason considering the time elements and the historical backdrop to support the animation, mysticism, and grandeur of Roland and his trusty Oliphant. There are numerous lines in the excerpts from the legend which can prove the presence of exaggeration of the main character to the point of becoming Superman or God-like. For this purpose, let us then examine some of the excerpts as study point.

In XCI alone, the description of Roland was immensely exaggerated to the point of him having mystical powers. It was showing a fine-looking soldier galloping on his horse with a spear on his hand leading a band of Frenchmen to the battlefield. This is but the clear-cut summary of the description yet the choice and play on words was of note especially with the contrast of how the pagans were pictured: “Pagans are come great martyrdom seeking; noble and fair rewards this day shall bring.” Focus on how mighty the Frenchmen were and how weakly the pagan Sarrazins (old term for Muslims) were called. The irony of this was that Roland lost in the war although his loss was more on the treachery of his stepfather, yet the truth remains that he did die a sorry death against the hands of his enemy. What makes it more interesting is the idea that heroes should often be portrayed noble, kind, loving, gentle, and (above all) weak yet manage to overcome their infirmities and emerge triumphant in the end.

So far, the brief introduction about Roland is already on a grand scale which diminishes the expectations of his exploits and bravery. CXI also downgrades the war capability of the Pagans as the lines read: “Pagans are slain, a thousand-fold, in crowds. Left of five score are not two thousand now.” This, again, down plays the abilities of the Sarrazins against the Crusaders when in fact the latter lost miserably in the true historical accounts simply because there was much envying among the Christian believers to the point that there were even three popes all at the same time claiming one to be the real chosen man of God and the others fraud. The sensationalism of holy Catholic clergy men in the legend is also phenomenal. Take the case of the Archbishop’s bold statement in CXIII when Roland realizes that they have been betrayed asked his men to take heart and fight for their God, the statement shows the ability of the Archbishop to almost instantly grant salvation to any soldier who will follow Roland’s heed. His word: "My lords barons, go thinking nothing bad! For God I pray you fly not hence but stand, Lest evil songs of our valor men chant! Far better t'were to perish in the van. Certain it is, our end is near at hand, beyond this day shall no more live one man; But of one thing I give you good warrant: Blest Paradise to you now open stands” (The Song of Roland). Of course, we now know better that this is blasphemous considering that only God has the right to judge men according to their words, thoughts, and deeds during the Great Judgment Day according to the Christian faith. Yet notice how blatant the lines have been. This goes to prove two strong points of exaggeration and propaganda.

The Right Mix of Propaganda and Mysticism

At some point, the propaganda may have worked so well for this piece that there seems to be a thin line dividing it from mysticism and fanatical supernatural Christian powers. In other relevant discussions about Roland, one will find that his trusty Oliphant (a magical blow horn) has mystical powers to summon help from whomever and wherever. For some apparent reason, the unknown author of this legend decided not to make use of the Oliphant so that Roland will have to die in battle. In CXII, Roland knew of the treason and treachery which will befall him. A military strategist will definitely assess and reassess his conditions and possibilities often creating countermeasures in the advent of such fate, yet he chose to ignore and proceed. Such nonsense is not a virtue of an intelligent military leader. Sun Tzu would have told him differently had they exchanged notes during this situation. If the purpose of the writer was to make Roland look bold and strong in his effort to make his proceed in the face of imminent death, he only succeeded in making himself look stupid. No man will go to certain death especially when he has many other options such as sending spies, retreating and re-strategizing, setting camp and waiting, and many more (Sawyer, 2007). What the writer did was plainly showing his lack of common sense and sheer lack of foresight. This even draws a clear picture of lack of understanding of war and strategies and planning or management.

Suffice to say, the efforts to portray Roland as a hero through his descriptions and chosen course of actions were failures of epic proportions. CXIII painted the bleak condition of winning as the pagan Sarrazins are described as ‘on every side covering all the land.’ CXIV shows the advantage of the pagans over the crusaders with ‘nor shield nor sark him any warrant proved…’ which eventually severely wounded and killed the hero Roland under the hands of a pagan named Climborins who ‘was nothing proof’ (The Song of Roland, CXIV). This is a rather funny metaphor for a hero. Roland was so great that he was killed by an ordinary pagan soldier. Compounding the contrast in the story, Roland sounded his Oliphant after feeling his life fleeing fast as mentioned in CXXIV; another reason to be mad at this piece is for having no common sense at all. After the massacre, CLXI recounts that ‘the pagans are fled, endangered and enraged, home into Spain with speed they make their way…’ (The Song of Roland). One can only surmise how lowly and cowardly the pagans have been pictured all throughout the legend. This method of making someone or something look good at the expense of others is a rather sorry state for anyone who wishes acceptance and approval of the vast majority. There is no nobility in hitting someone who is already down. Sadly, such methodology has often been used in many pieces of literature proving true that all writers may be biased especially in times of war.

Not wanting to downsize Roland, CLXIII shows a grand climactic scene where a dying hero prioritized his beloved men laying them on their shields even offering them his prayers and the Archbishop’s absolution from their war sins. The remainder of the scenes tell of Roland’s death only to awake from his slumber and received into heaven in CLXVI. The lines read: “He sees him lie, that noble old baron; 'Tis the Archbishop, whom in His name wrought God; There he proclaims his sins, and looks above; Joins his two hands, to Heaven holds them forth, And Paradise praise God to him to accord. Dead is Turpin, the warrior of Charlon. In battles great and very rare sermons. Against pagans ever a champion. God grant him now His Benediction!” Clearly, this legend is certainly ever appealing to the Christendom, the elite, and noble courts since it pictures that there is even greater triumph in the death of a noble Crusader who is commanded of God to cleanse the world from non-believers. There is no greater purpose for this than to boost the morale of soldiers in the battlefield, increase the recruitment and enlistment effort for the Crusades, promote the beauty of Christianity, emphasize the pomp of ancient France and his nobility, and demonize the Sarrazins for taking the life of a noble Frenchman. In all these, notice that a degree of bias is always observable. In all these, notice that Roland, the Church, and the Frenchmen will always emerge victorious. It is nothing but a win-win situation for them.

The Song of Roland 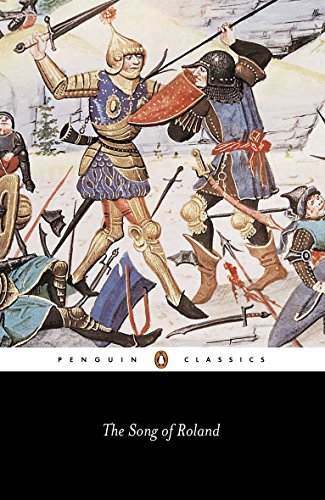