A close look at Cathedral by Raymond Carver 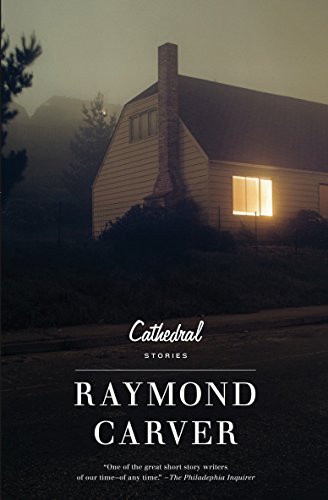 Raymond Carver is arguably the greatest short story writer of the modern era. And, his best story is the deceptively guileless and effective Cathedral. The plot is simple and doesn’t pretend to be complicated. It’s just a narrator telling a of a life changing event without being grandiose or dramatic. The primary themes of the story—ignorance and understanding—are universal and Carver does a terrific job expressing these themes without being preachy.

The wife of our unnamed narrator is friends with a blind man named Robert. When she was married to her first husband, she worked for Robert helping him with various tasks around the household. She stopped working for him, Robert got married and the Narrator’s wife got divorced and eventually met and married our narrator. She and Robert continued to correspond via cassette taped messages, but Robert and our narrator have not met as the story opens.

The recent death of Robert’s wife, Beulah, prompts the narrator’s wife to invite Robert to stay with she and her husband and our story opens with our narrator getting drunk and recounting the backstory before Robert’s arrival.

Certainly our narrator is vain (Oddly enough, though, the narrator doesn’t tell us his name. The only named character, in fact, is Robert.). When he recounts that the blind man was married, he wonders how his wife, Beulah, would have felt living her whole life without her husband knowing what she looked like. He didn’t understand how she could properly feel loved without having compliments on her physical appearance. But, this stems from his (our narrators’) ignorance and lack of understanding; not from malice.

It is also clear to the reader that the marriage between our narrator and his wife isn’t healthy. For instance, towards the end of the story, the narrator refers to the master bedroom as his “wife’s bedroom” and the narrator often goes to bed well after his wife. It’s a bit of irony, and a tribute to the genius of Carver, that the narrator cannot see the trouble that the marriage is in, while he is lamenting the things a blind man cannot see. He’s blind to his own life situation. In fact, when recounting the backstory, he specifically does not name his wife’s ex-husband saying “Why should he have a name?” Yet he fails to give his wife (or himself) the courtesy and dignity of a name. This is very telling and says everything that needs to be said without actually saying it.

Our narrator often gets a bad rap in literary circles. Certainly, he’s not the warmest of individuals, but I don’t think he’s a mean or unkind person. He’s ignorant. He’s never encountered a blind man before and doesn’t know what to expect beyond what he’s seen on television and the movies. For instance, when he meets Robert, he’s shocked that he is not wearing dark sunglasses or carrying a cane.

How many of us have preconceptions about those we don’t understand? How many of us would be embarrassed at some of the thoughts and ideas that stroll through our heads when contemplating meeting someone new and different? Our narrator is not being mean or unkind, he’s simply verbalizing that he doesn’t understand this man and doesn’t know what to expect. Who can’t relate to that?

More than that, this man, Robert, the blind man, who was supposed to be a guest of his wife, ends up spending the evening conversing and getting to know our narrator, whom he refers to as Bub. The evening is spent breaking down misconceptions. Our narrator now realizes that blind people aren’t any different from those who can see. Robert is a virtual chimney when it comes to cigarettes. Our Narrator had heard the blind people didn’t smoke cigarettes. Later, Robert accepts some marijuana from Bub and gets stoned for the first time, even though the dope is mellow. “it’s dope you can reason with”. Robert even watches, or rather, listens, to television.

The moment of epiphany arrives as our narrator begins to describe a cathedral that is being shown on television. Relying on his eyes, our narrator is not successful. He fumbles for his words and even begins describing things such as spires, gargoyles and windows; things which require further definition. He’s not showing Robert the cathedral, he’s describing it. When Robert suggests that they draw one together, at first our narrator it puzzled, and then accepts. This shows our narrator has already begin to see Robert as an equal. He no longer refers to him as the blind man; he refers to him as Robert.

They sit at the table and begin to draw; Robert putting his hands over the narrator’s to feel the shapes and sizes of the cathedral being drawn. Our narrator is doing a good job but he still doesn’t really see. Not until Robert says:

And, with that, our narrator closes his eyes and begins to draw. He and Robert are now the same. They are relying on feeling, not on visual cues. Our narrator closes his eyes and is finally able to describe the cathedral by drawing it with a blind man. With his eyes closed he is finally able to see. His epiphany is expressed subtly and simply with the closing lines of the story:

This idea of acceptance and overcoming ignorance is the theme of the story, and it’s a universal theme that will still be with us one hundred years after we’re all gone and that is really something. 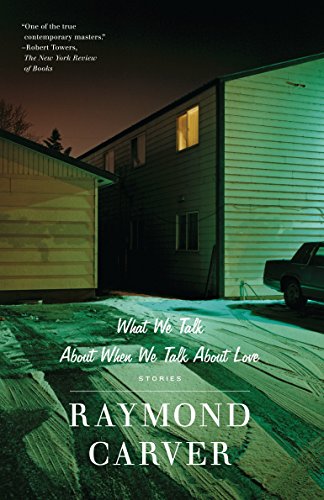 A FREELANCE WRITER, HONORS STUDENT AND GOVER PRIZE FINALIST, JUSTIN W. PRICE (AKA, PDXKARAOKEGUY)IS A POET, SHORT STORY, BIOGRAPHY AND HUMOR WRITER. HIS POETRY COLLECTION,DIGGING TO CHINA, WAS RELEASED FEBRUARY 2ND, 2013 BY SWEATSHOPPE PUBLICATIONS AND IS AVAILABLE ON AMAZON.COM, BARNES AND NOBLE AND THROUGH YOUR LOCAL BOOKSELLER.