Alice Day in Llandudno North Wales, UK. The 160th birthday of Alice Liddell. This was celebrated in Llandudno on Friday 4th May 2012.

There was also a world record attempt and 1,716 jam tarts were eaten altogether in the hour.This set a world record for the number of jam tarts eaten at an Alice in Wonderland themed Tea Party and has been passed on to the Guinness Book of Records.

The reason Llandudno in Wales was celebrating Alice Day is that the inspiration for the character of Alice in the Lewis Carroll books is based on a child called Alice Liddell. She spent her childhood in Llandudno at a holiday house her father had built in the town

Over nine hundred school children and thousands of adults attended Alice Day in Llandudno, North Wales. Fifty local drama students took part in the celebrations and were dressed up as characters from the book. They stayed in character during the day much to the delight of the local children. Ian Turner a local entertainer was MC for the day.

Alice Through the Looking Glass

These two children’s books by Lewis Carroll are classic stories. I read them as a child. My young nephews and nieces are coming up to the age where they love to be read to. So I bought this

Alice In Wonderland Book and they love to look at the pictures as I tell the story. I believe that all children love to read about other kids who are on their own and experience adventures.

I Am Late for a Very Important Date

Alice is a little girl of seven who follows a rabbit down a hole. Then she has adventures in a very wonderful but frightening place. She encounters good and bad characters on the way but as in all good children’s stories it all ends well.

The Girl the Alice in Wonderland Stories were based on was Alice Pleasance Liddell and she was born on 4 May 1852; she was one of ten children. When Alice was born her father was the headmaster of the boarding school Westminster School.

Later the family moved to Christ Church in Oxford as her father had been appointed to the deanery. He has their new house renovated and the family moved there in 1856. In the gardens of the cathedral Alice met the author Charles Dodgson along with her sister and Governess. He was taking photographs of the cathedral on 25 April 1856 and asked the young children to pose for him in the garden. He became a friend of the family then.

Alice was ten years old when she and her two sisters Lorina and Edith age thirteen and eight went on a boat trip and picnic. They went on this summer outing with the Reverend Duckworth, Charles Dodgson and their Governess.

To entertain the children Charles Dodgson told them a story about a girl called Alice and what happened to her when she fell into the rabbit hole. This was not unusual as he often told them stories when they met.

But this time Alice asked him would he write it down because she loved it so much. He told her he would do that for her. It was not for another two years though till Alice got her story in an illustrated booklet.

Charles Dodgson decided to write the Alice adventures in more detail with the intent of publishing it as a children’s book. The original title of this story is Alice’s Adventure Underground. The book which was later edited and completed for publication was then given the changed title of Alice's Adventures in Wonderland.

He did this and in 1865 he published the first book under the name of Lewis Carroll. This was a great success and six years later he published the second book in the Alice series called Through the looking glass and what Alice found there.

Once the story of how the book was originally created was known readers were interested in seeing the original story about Alice. So a copy of the original booklet Alice's adventures underground that Dodgson gave Alice Liddell was recreated and this was published in 1886.

Queen Victoria was a Reader of the Books

The two books have never been out of print in all the years since they were first published and can now be bought in one hundred languages.

Why Alice Liddell had to Sell her Original Manuscript of Alice's Adventures Underground. Alice married Reginald Hargreaves on 15 September 1880 in Westminster Abbey. They had three sons, Alan, Leopold and Caryl.

Both Alan and Leopold were killed during World War One. Her third son Caryl married and had a daughter. Alice’s husband was wealthy after inheriting a large sum of money. He was a local magistrate. They lived in a large home which they called Cuffnells. When Alice’s husband died in 1926 she found the running costs of this house hard to maintain.

Alice put up for auction the original copy of the book that Charles Dodgson had written and sent to her when she was a child. Sotherby’s in London Sold it for £15,400. The book ended up in America and with the new owner of it later became the possession of Eldridge R. Johnson.

When the hundredth anniversary of the authors birth in 1952 came around the book was displayed to the public at Columbia University Alice had been invited to attend the ceremony and went to America. It was bought by a group of Americans who donated it to the British Library.

Alice Liddell died on 16 November 1934 and is buried at the church of St. Michael & All Angels, Lyndhurst. Charles Dodgson, Lewis Carroll died in January 1898 in Guildford. 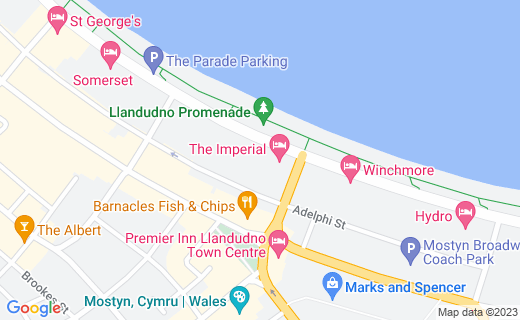