An Illustrated Guide to Steampunk 1- The Origin of a Genre

In Which We Get Ready for a Fantabulous Fare

Dearest reader. You have been warned. Your ideas, your thoughts, your fashion, your reading, your romance, nay, your entire life will not be the same again. For you are about to be steam-punked.If you already are well versed in the Victoriana and have steampunk running through your copper lined veins, I salute thee.

If you aren't, you who live in a world that has been sullied by digitalisation, you need an abject lesson in the science of steam and in the onslaught of the industrial revolution.

Maybe you are a secret steampunker. Maybe you already have the cogs of steampunk whirring disjointedly in your mind and body, yet to be discovered. Then I welcome thee to this humble introduction by yours truly.

'Do you pine for the chuff chuff of a rocking steam engine over the soulless glide of an electric one? Do you care for the clackety clack of a Remington typewriter over the bouncy plastic of your keyboard?...'

In Which We Pine for a Pernickety Past...

Do you ache for the scratchy yet seductive sounds of an old gramophone player? Do you wish for adventurous gentlemen who would wear top hats and tails and carry ferrule tipped sticks of polished ebony? Would you prefer your fearless ladies with corsets and cunning? Do you pine for the chuff chuff of a rocking steam engine over the soulless glide of an electric one? Do you care for the clackety clack of a Remington typewriter over the bouncy plastic of your keyboard?

Then you have come to the right place. For this, dear Ladies and Gentlemen, is Docmo's Illustrated guide to all things Steampunk.

So wear these bronze goggles with these fabulous leather straps, strap onto your wicker basket chair in this Aetherial Airship of wonders as I power up my engine, pull a few levers, adjust the multifarious dials and leap into the foggy skies of Victorian London.

Lets see what Steampunk is all about...

Writer K.W.Jeter, in an effort to categorize such a sub genre, playfully suggested the term 'Steampunk' (as a contrast to 'Cyberpunk') in a letter he wrote in 1987 to the SF industry magazine 'Locus' and Steampunk was born.

In Which We Discourse the Origin of a Genre

Steampunk emerged as a subgenre of science fiction in the eighties and early nineties although the influences can be traced back to the 19th century.

If you are a fan of the scientific romances of the 19th century, you will recognise the template set for steampunk. The wonderful stories of those forefathers of science fiction, Herbert George Wells and Jules Verne, are a direct influence on the subgenre of steampunk.

There are certain common elements - an alternate history in which steam powered machinery and devices that could have been of Victorian manufacture ( or envisioned in Victorian times) feature heavily. It usually is science fiction genre but maybe cross fertilized by fantasy, horror and alternate history. Conventional wisdom is overturned. There are no digital devices. There's plenty of steam, and clank clank of gargantuan machinery. Airships, large mechanical submarines, large mechanical computers with valves all are in copious numbers.

Although earlier works can be traced that are allied to this genre, it was in the early eighties that there was a resurgence of stories set in alternate Victorian England, featuring versions of technology as envisioned by scientists of that bygone era and a writing style reminiscent of Wells and Verne. Writers such as Tim Powers, James P Blaylock and K.W. Jeter were the contributors to such themes.

Jeter, in an effort to categorize such a sub genre, playfully suggested the term ' Steampunk' for these assorted efforts, in a letter he wrote to the venerable SF publishing industry magazine 'Locus' . Steampunk was born.

In which we see the First Mention of the Word Steampunk...

In Which We Trace the Scientific Romances That Begat Steampunk

There are many novels that emerged in the eighties and nineties that signaled the emergence of this retro sub-genre. While the digital futures had the champions in cyberpunk with its virtual realities and digital after lives, there were those who craved for Dickensian descents into Victoriana.

These authors mashed-up, Wells and Verne, threw in sprinklings of myth and magic, invented devices worthy of industrial revolutions master craftsmen and concocted blooming good adventures that evoked an era with a new twist.

Here are a few stalwarts... 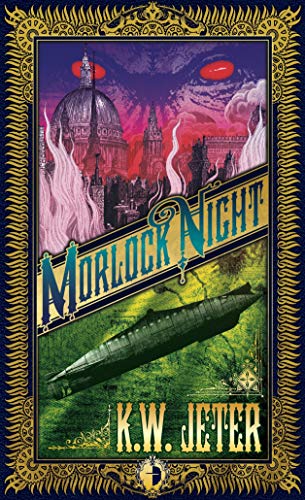 In a Moebius strip worthy of a twist, KW Jeter's 1979 novel Morlock Night features those fearsome creations of HG Wells, the Morlocks. Straight from the pages of the 'Time Machine' Jeer's protagonists manage to acquire the Time Machine for themselves and return to Victorian England to cause chaos and mayhem.

In this hour of need, who better to stand for the salvation of England but its greatest heroes. In this a madcap adventure, myth and legend effortlessly intermingles with science and action. A marvelous read, one could see all the elements of steampunk in this novel.

Jeter would later follow up with a flamboyantly steampunkish novel, Infernal Devices in 1987. This was also the time when he suggested the collective term of Steampunk to Locus in an attempt to categorize what he and his close friends Tim Powers and James P Blaylock were writing. 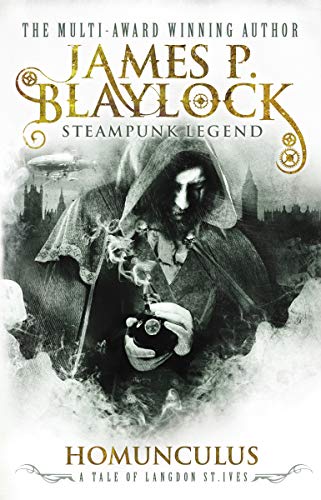 Published in 1986, this fantastical fable combines all the aforementioned elements of steam punk . A dirigible with a dead pilot in a decaying orbit around the earth, The nefarious vivisectionist Dr Ignacio Narbondo who is bringing the dead back to life in Victorian London, The heroic Langdon St Ives and the Trimegistus Club that has as its members a group of scientists and philosophers, corrupt wrongdoings in the Royal society, all combine into a relentlessly paced storyline that will delight fans of a good thriller.

This book came out ( as did Morlock Night ) before anyone had head of Steampunk. It entertained the readers who didn't realize they were reading the birth of a new movement. Blaylock had earlier written a borderline steampunk novel set in 1964 California featuring subterranean creatures and bizarre technology 'The Digging Leviathan' ( 1984). He followed Homunculus with another Steampunk triumph casled Lord Kelvin's Machine (1992) 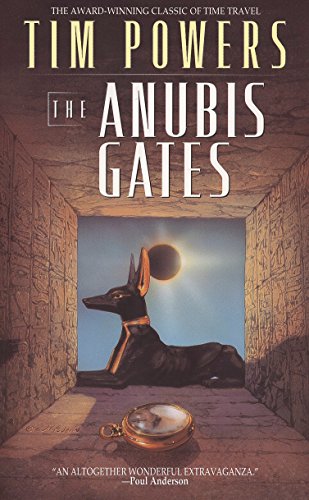 The Anubis Gates By Tim Powers

One of the earliest and best examples of the genre, Tim Power's tour-de-force features an astonishing blend of magic and mayhem interspersed with an alternate hsitory settign where the British Empire is at war with the gods of Egypt summoned forth by a powerful cabal of magicians. In 1983 ( the novel was publsihed) a timid English professor Coyle is hired by an ailing billionaire to traeverse the Anubis Gates in order to attend a lecture by Coleridge.

All hell breaks loose as Professor Coyle gets kidnapped and trapped in 19th century London. A deluded yet powerful Magician called the Master is plotting to bring down the British Empire by summoning the Gods of Egypt through the time travel gates. Coyle gets trapped in this ever tightening net of mystery and intrigue. Seeking allies and trying to avoid his enemies ( if only he knew who they were) Coyle becomes the unwitting protagonist in an adventure of a lifetime. In fact, make that two lifetimes!

Powers is a splendid writer who keeps the fantastical plot in check, engages the reader and cranks up the pace relentlessly. The book was nominated for several awards including Locus award for best fantasy novel, British Science fiction award an an SF chronicle award. It went on to win the Philip K Dick award.

In Which We Contemplate the Triumvirate That Brought Forth a Movement

Powers, Blaylock and Jeter are friends and no doubt their fevered imagination was fueled by many friendly discussions and debates. Slowly but surely their vision of a mechanized, steam powered alternate history and alternate future seeped into the subculture.

In the well trodden path they created, leapt the two SF heavyweights who had already made their name in Cyberpunk. They collaborated on a seminal novel that lifted steampunk right out of niche into mainstream.

The two authors were William Gibson and Bruce Sterling, and their book, The Difference engine. This best selling novel firmly established that Steampunk was here to stay.

The Difference Engine By Bruce Sterling

This alternate history novel set in Victorian England uses many historical figures such as Charles Babbage, Lord Byron, Ada Lovelace, Benjamin Disraeli as well as fictional protagonists. It speculates the success of Babbage's steam driven computers driving Britain at the forefront of industrial revolution. The steam powered Goliaths soon drive forward a revolution in communication and themes such as internet and networking. The brilliant technocrats that bring forth the revolution are indeed in power, marginalizing and suppressing the luddites.

cross persistently as there is a collective search for the mysterious computer punch cards that are said to invoke immense power to those who possess it. The book glorifies the work of 'clackers' ( steampunk hackers) and is a post modern take on the digital revolution in a steampunk setting.

Immensely readable and at the same time thought provoking, The Difference Engine was a mini cultural phenomenon at its release.

So there you go denizens of digital earth, you have been now fully indoctrinated into the hallowed echelons of Steampunk. You shall , should you choose to continue this journey, encounter Steampunk in art, in the films, in music and its burgeoning trends in arts and crafts as well as in fashion and beauty.

See Steampunk go from a literary subgenre to a full on pop culture iconic status and become a lifestyle to many aficionados.

So follow me, dear reader. Lets seek beauty in the anachronistic metal marvels ( and the tophats and corsets help too!)