Joyette taught English & Literature at high school for many years. Her writing and education articles come from her classroom experience.

Essentially poems are meant to be recited, hence they should be heard not read. To appreciate any poem fully it is important to experience its sound patterns by reading it aloud or by listening while it is being read by someone else. Sound devices are used to enhance the sound quality of a poem, thus they determine whether the poem is pleasant to the ears or otherwise. The more commonly used sound devices are:

This is probably the most popular sound device. It is liked by adults as well as children and is a most effective tool in poetry for all ages. Children encounter rhyme long before they begin reading or attending school, in the nursery rhymes that they hear in their sing -alongs and which are recited to them by parents and older siblings.

Rhyme is the repetition of similar sounds at line endings in poetry. True rhyme exists when the letters preceding the vowel are different in sound. For e.g. ‘right’ and ‘sight’ are true rhymes, however, ‘night’ and ‘knight’ or ‘site’ and ‘sight’ are not. Although not a common occurrence, rhyme may occur within a line of poetry; that is, a sound in the middle of a line is repeated at the end. This is called internal rhyme. This is used for special effect to emphasize some aspect of the poem’s meaning.While it usually enhances the sound quality of the poem, too much rhyme may make the poem monotonous.

Rhyme may occur in a regular pattern throughout the poem. When such a pattern is discernible the poem is said to have a rhyme scheme. Rhyme schemes may vary according to the poet’s choice of line arrangement.

Consecutive rhyme occurs at the end of consecutive lines of poetry thus having an aa, bb, cc, dd, etc pattern/scheme. For example:

Humpty Dumpty sat on a wall - a

Humpty Dumpty had a great fall - a

Couldn't put Humpty together again! - b

Alternate rhyme exists when rhyme occurs at the end of alternate lines of poetry. The rhyme scheme may be ab,ab, cd,cd,ef,ef etc. as in the following poem:

(B) 'My Papa's Waltz' by Theodore Roethke

The whiskey on your breath - a

Could make a small boy dizzy; - b

Such waltzing was not easy. - b

We romped until thepans - c

Slid from the kitchen shelf; - d

Could not unfrown itself. - d

The hand that held my wrist - e

Was battered on one knuckle; - f

At every step you missed - e

You beat time on my head - g

With a palm caked hard by dirt, - h

Then waltzed me off to bed - g

Still clinging to your shirt. - h 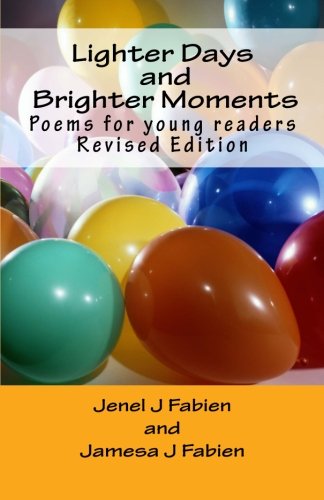 Lighter Days and Brighter Moments: Poems for young readers
Lighter Days and Brighter Moments is a collection of poems for teens. It covers a range of topics grouped under three broad themes: Fun Poems, Inspirational Poems and Reflective Poems. Basically they are poems written by two children about the things which children think and talk about and it captures the psychological development of teens as the years pass. The poems are for international readership. They target children of school age.
Buy Now

This is the most striking of all sound devices. It is what makes kids clap their hands and nod their heads when they listen to their nursery rhymes and sing-alongs. Rhythm refers to the beat / musical quality of a poem. It consists of repeated patterns of stressed and unstressed syllables.

The rhythm of the poem must match its sense and it must always help convey the poet’s intention and give us some indication of his mood. It should help the reader to understand the poem.

The pace of the rhythm may be quick or slow and this should reflect the subject or mood of the poem. All poems have rhythm although it is more readily apparent in quick paced poems than in poems that are somber or sad.

In both poems above the rhythm is quick paced. The intention of the poet in ‘Humpty Dumpty’ is fun and so the beat is deliberately lively. The second poem is about a dance and so the lively beat is also appropriate.

This is the repetition of stressed consonant sounds occurring at the beginning or in the first stressed syllable of words at frequent intervals within a line or stanza of a poem. It can be used to achieve various effects. For e.g. to create unity, humour or excitement; to achieve rhythm or to support the musical effects created by the rhythm; to place emphasis or attract attention to something; to increase appeal and make something more memorable.Alliteration is used for humour and excitement in the tongue twisters which children find to be such fun. For e.g:

(i) She sells sea shells at the seashore

The shells that she sells are sea shells I'm sure...

But she said the butter's bitter

It is also evident in the following poems:

We have neither Summer nor Winter

Neither Autumn nor Spring.

We have instead the days

When the gold sun shines on the lush green cane fields-

The days when the rain beats like bullets on the roofs

And trees struggling in the high Jamaica winds.

And the reaped cane fields lie bare and fallow to the sun.

When the bushes are full of the sound of bees and the scent of honey,

When the tall grass sways and shivers to the slightest breath of air,

When the buttercups have paved the earth with yellow stars

And beauty comes suddenly and the rains have gone.

The sibilants (‘s’ sounds) ‘sun shines’ line 3, ‘sound’, ‘swish’ line 6, ‘sound’, ‘scent’ line 13, ‘sways’, ‘shivers’, ‘slightest’ line 14 assist in conveying the peaceful atmosphere that is being described. There is also alliteration in ‘beats like bullets’ - which draws attention to the intensity of the rain - and other repeated bilabial sounds , for e.g ‘but’, ‘bare’, ‘blossom’, ‘best’, ‘bushes’, ‘bees’, ‘buttercups’ which have a lulling effect on the senses, thus also contributing to the calm, peaceful effect.

Look, stranger, on this island now

The leaping light for your delight discovers,

That through the channels of the ear

The swaying sound of the sea.

And knock of the tide,

And the shingle scrambles after the suck--ing surf, and a gull lodges

A moment on its sheer side.

And this full view

And move in memory as now these clouds do,

That pass the harbour mirror

And all the summer through the water saunter.

In this poem also, alliteration is used to emphasize the peace and serenity of a natural scene. The rhythm is slow and calm and causes the listener to experience a sort of lingering sensory appreciation of the scene which is being described. Some instances where alliteration is used in the poem are: ‘leaping light’ line 2, ‘delight discovers’ line 2, ‘stand’, ‘stable’, ‘silent’ lines 3-4, ‘swaying’, ‘sound’, ‘sea’, ‘small’ , lines 7-8

This is the repetition of stressed vowel sounds at frequent intervals within a line or stanza of a poem. It can be used to create internal rhyme, thus emphasizing a specific line or phrase in the poem. It also supports the rhythm of the poem and can effectively increase or reduce its pace as in Auden's poem where slight changes in pace are noted as the different seasons are introduced. In Carberry’s poem the ‘o’(au) sound is used repeatedly to achieve this effect. Some instances are : ‘sun’ ‘lush’, ‘gullies’, ‘struggling’, ‘buttercups’, ‘suddenly’. The open ‘o’ is also used frequently in ‘on’, ‘sound, ‘logwood’, ‘blossom’, ‘honey’.

In the second poem assonance is also widely used through words such as : ‘light’, ‘delight’, ‘silent’, ‘like’ in the first stanza; ‘chalk’, ‘walls’, ‘fall’, ‘tall’, ‘gull’ ‘pluck’, ‘suck’, in the second stanza and ‘now’, ‘clouds’, ‘mirror’, ‘water’, ‘saunter’ in the third stanza. They lend a monotony which is quite appropriate to the subject and mood of the poem.

Sound devices certainly enhance the quality of the poem. They cause the poem to be more interesting and appealing, thus increasing the pleasure that is derived from listening to it being read aloud. Indeed, a poem should be heard not read silently, whether it is read aloud by the listener himself or by someone else.

In the next tutorial we shall look at sensory devices used in poetry. 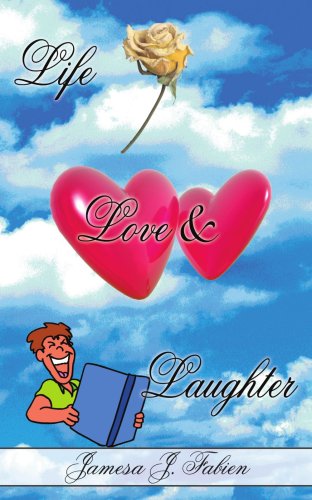 Life Love & Laughter: Stories & Poems to Make You Laugh
Life, Love and Laughter is just what the title promises: a rich collection of stories and poems that will thrill you and put a sparkle in your day. It is warm, funny, exciting and in some cases far more solemn than would be expected from one so young. The author explores different aspects of life as seen through the eyes of a child, but the messages which she brings are for all ages; they are serious, touching and real. The fun is there, unmistakably, just waiting to spill over and embrace you.
Buy Now