Writing is almost never just a job, especially when it comes to writing novels. Sometimes the author needs an escape, to make sense of the world, and even to be saved through words. Gavin L. Hill has taken his personal growth, experiences, and struggles and crafted a collection of children’s books, including a six-part fantasy series. Here he has not only accomplished the herculean task of writing a novel, but he has also been able to guide himself toward a better life and help others in the process. Below are his answers to my 10 questions about his writing. They outline his journey and hopefully provide inspiration to other authors as to how they can treat their writing careers as more than just a job.

Q: How many books have you written and where can you buy them?

A: I have written twenty-two books, although only eight are published as yet. The Maze series is a six-part fantasy series. The Maze (2009), The Blood Tree (2010), The Changling (2011), The Watchman (2012), The Power of the Zycon (2014) and The Tale of the Golden Casket (2015). Reflections up the Waters of Life was co-written with Rosie Hartwig (2012). We wanted to write something that would inspire others. We are both motivational speakers, and we both burn to help others. We came up with the idea of combining her photography with my poetry, and so Reflection upon the Waters of Life came to be. A Lesson in the Jungle (2016) is my first children’s book. It has been many years in the making and started life out as a children’s musical. It is the story of two hunters who go to Africa to hunt wild animals and of two children, who, with the help of a magic witch doctor, teach the hunters to respect nature and to preserve life within the animal kingdom.

My books can be ordered online through all online book stores as well as though my author pages on Facebook.

Q: What famous books can you compare to your own?

A: I don’t know if I can compare my books to any other famous works. I must admit that I have been somewhat influenced by such authors as Stephen King and J.K. Rowling, although I have always tried to cut my own path within the written world.

Q: Why do you write for this particular age group?

A: I pretty much fell into it really. It wasn’t planned, but then writing wasn’t planned either. I didn’t enjoy my school days and didn’t put in any effort. When I left schoo,l I had no idea what I would do with my life, although becoming a writer was without a doubt the last thing on my bucket list. I left school without an education and could barely read or write. When I look back over the years and realize that I began my first book at sixteen, at a time when writing was so difficult for me, I am surprised I made it as far as I did. Life is a curious journey though, and nobody truly knows what will happen tomorrow. I began with a sentence and simply kept on writing. I had no idea what the book was about and was as surprised as anybody else when I finally wrote, The End. I was quite happy with The Maze and began another book straight away. I had no idea I had just written a second part. And so it went on, a six-book series.

Q: How autobiographical are your books?

A: Well, that’s an interesting question really. There is a piece of me in all my books. The first book in the Maze series details the meeting of the four main characters, the four we follow through the worlds of the Maze. I can relate to Danny, find myself in the things he does, the way in which he sees life. Much of the things he says are the things I would say. He’s a joker, a little rough around the edges, but his heart’s in the right place. Traveling through the Maze they encounter many strange places. Some of those places are fictional, although many more are real places and real times in history. I can see myself in many of those places. I was a strange kid. I created my own little world when I was very young. Danny did that too, right up until the day his daydreams became his nightmares. As we move along through the books there are many experiences that I have been through, especially within the pages of The Changling.

Q: What’s the best compliment that you’ve ever received about your writing?

A: Thankfully I have only ever received compliments about my work. I don’t know if that’s because I’m a good writer or because they simply don’t want to hurt my feelings. Some have told me that I have inspired them to write, to chase a dream, while others have wondered what it must be like to come up with so many new ideas all the time. My goal has always been to help and to inspire others, and if my writing does that, then of course I am happy. To those who wonder where I get all these ideas from, I can only say I am not alone, that God is constantly carving the stone that is me.

Q: What has been your greatest moment as a writer so far?

A: Oh, there have been so many. I guess one of the greatest is that I have been able to travel. I am from England, although I live in Sweden. I have been a single parent for many years, and I work with children, and sadly it’s not the best paid job in the world. My books have taken me places, though. They have taken me to America many times, given me the opportunity to meet my dear friend, Rosie. Together we have traveled from state to state, have met many wonderful people, have motivated them and shown them that life is an amazing gift that we all need to cherish. Back in 2012 Rosie sent one of my musicals to The White House. I hadn’t expected a reply, although President Obama was gracious enough to listen to the CD and reply in person. That was huge for me. My greatest moment, though, was the day I picked up a pen and wrote my first word. I was in a bad place, was homeless and high, and had I never found the pen, I think death would have found me.

Q: Where do you get your covers?

A: The first cover, the cover to The Maze was actually done by the art teacher where I was working at the time. He did an amazing job. The others within the Maze series though were done through Tara McClain Sizemore at Jan Carol Publishing. Jan Carol Publishing has always been very professional, yet personal at the same time. Rosie did the front cover of Reflections upon the Waters of Life. She teamed up with a young Swedish illustrator named Linn Hultberg to do the cover for A Lesson in the Jungle.

Q: What is next for you?

A: I am coming back to America this summer to sign books, to motivate and to further reach my dreams. As I have stated, A Lesson in the Jungle is also a children’s musical. I will be setting up some shows as well. Further along the line, I am in the hopes of being able to have A Lesson in the Jungle translated and published in Sweden. The musical is already in Swedish. Then I have another children’s book named, William Gray & the Family Next Door. It has an anti-bullying theme. Oh, and of course there are plenty of young adult books running around in my head.

Q: Provide a quote from one of your books.

A: Here is one from A Lesson in the Jungle. “Good,” the witch doctor replied. “Then we shall let you out, but remember just one thing. This world is my world, your world, our world. The world belongs to everybody. We must love and respect each other, accept each other, and understand that we are all equal in the eyes of God.” 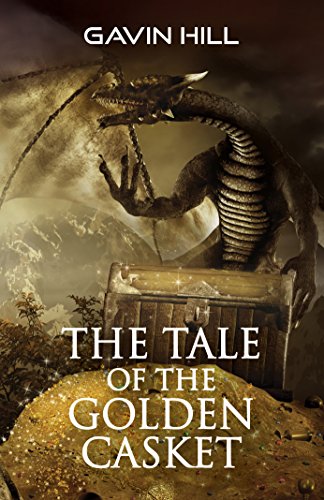