Bertilak: the Antagonist and Major Manipulator in Sir Gawain and the Green Knight

College history instructor Ronna Pennington has a Master of Liberal Arts in History and a Master of Fine Arts in Creative Non-fiction.

Bertilak Embraces a Culture of Manipulation

Bertilak in Sir Gawain and the Green Knight is a sadist that devises a grisly game and a plan that manipulates many people to fulfill his own sexual desires. He builds his scheme around the medieval fealty system, the concept of courtly love, and a long-standing grudge. The reader sees Bertilak’s plan begin to unfold when he appears to King Arthur’s court as the Green Knight. His dramatic appearance at the moment that the king insists upon a pre-meal story seems like a monumental coincidence, but the reader later learns that it was all planned (IV.2456). Morgan, the sorceress, has knowledge of the king and all the members of the court (IV2450). The Green Knight’s entrance, then, is actually very calculated.

Bertilak uses Morgan for more than just her knowledge of King Arthur’s court, however. He employs her grudge against Queen Guenevere to involve her in his scheme. For a reason not explained in Sir Gawain and the Green Knight, Morgan does not like the queen (IV.2460). Morgan also provides him with the disguise he needs to complete his plan. She hopes the Green Knight that her magic has created will scare the queen to death (IV.2460).

When he enters the king’s court transfigured by Morgan’s magic, Bertilak puts the medieval system of fealty to work in his scheme. He challenges the brave men of King Arthur’s court to a gruesome game. One will take a swing at him with his ax; then will allow him to do the same to them in exactly one year. When no knight responds to the crazy request, the king himself does. Knowing that he will shame his king and his own honor by allowing the king to play this game, Gawain steps up and asks for the opportunity to fulfill the Green Knight’s request (I.343). Gawain’s gesture is consistent with the fealty system in which a vassal pledges allegiance to his lord.

Bertilak continues using the honor code to further envelop Gawain into his scheme. When Gawain comes upon Bertilak's castle, the lord offers to play a game with him. The rules of the game are that he will hunt daily and share his prize with Gawain if the knight will remain in the castle and share his daily earnings with him. Initially, a reader might suspect that Bertilak is attempting to catch his wife in adultery, but he does not seem riled by the fact that he returns from the hunt each day to exchange his wild game for kisses from Gawain (I.1645).

When considering the sexual nature of Bertilak’s scheme, it is important to keep the fealty system in mind. If Gawain is truly loyal to the lord, he will give him a kiss exactly like the one he received. The reader knows that Lady Bertilak tries very hard to tempt the knight pushing to go beyond accepted courtly love. It is safe to assume that her kiss to him is a very passionate one. This kiss “in the comeliest style” is given each evening to Bertilak when he returns from his hunt (III.1388-1389). In support of this idea, the Merriam-Webster Online Dictionary explains that the medieval definition for comely is glorious, lively, or fine. Each day, Bertilak remarks favorably about the kiss, showing the reader that he enjoys it (III.1392,1645,1937). One might argue that since Gawain never tells Bertilak who gives him the kiss, that his favorable remarks regarding the kiss are justified. Another argument might be that Bertilak’s post-kiss remarks are sarcasm and that he hopes to elicit a response from his cheating wife. Those arguments are negated, however, when Bertilak reveals his whole scheme to Gawain.

The fact that his wife has been involved all along divulges the true prurience of the scheme. Through it, Bertilak experiences both direct and indirect sexual deviance. If the entire scheme has been developed to give him sexual pleasure, the amount he receives depends on Gawain’s faith and loyalty to the fealty system. Gawain only kisses Lady Bertilak, so he gives only kisses to the lord.

In addition to the direct pleasure he receives in the way of passionate kisses from Gawain each day, Bertilak gets indirect prurient pleasure from the verbal voyeurism his wife provides. Each night she recounts the day’s events to her husband and gives him all the details of her attempts to seduce Gawain (IV.2360). Bertilak seems less interested in his wife, and more interested in what she can get Gawain to do when seduced. 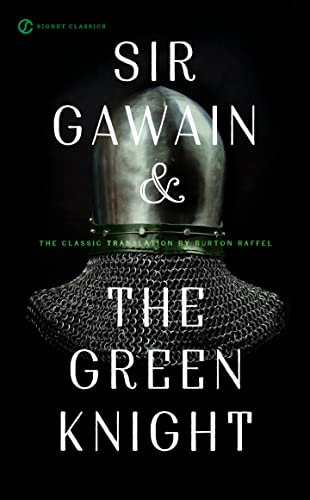 After Bertilak confesses his entire scheme to Gawain, he invites him back to his castle. Gawain, with the opportunity to hide his shame from King Arthur, still opts to return home when returning with Bertilak would be easier though perhaps less noble. His “course is bent” toward home, strongly suggesting that Gawain is determined to leave Bertilak’s twisted schemes and manipulation (IV.2476).

Upon his return to King Arthur’s court, Gawain shares the story of his shame and vows to always wear the green belt as a reminder of his iniquity (IV.2510-2514). The king comforts him while the rest of the court laughs with good intent (IV.2513-2514). The court’s laughter suggests that Gawain is taking his situation much too seriously or wrong all together. The court decides to wear similar bands in support of Gawain, much like the contemporary tradition of wearing pink in support of breast cancer victims or members of professional sports teams wearing special decals or emblems in honor of certain victims. Even the court sees Gawain as a victim of Bertilak’s sadistic scheme, not as a knight who lost his loyalty.