Why is there a part two?

When I was writing up my article on the art history found in Within These Walls, I decided that I needed to write about other parts of the story I had issues with. As a result, my article turned unwieldy. So I decided to divide it into two articles.

Also, I recommend reading part one, for it contains a summary of the novel.

Lucas Graham is a terrible person...

Even beyond the Rome hatred, I did not like Graham. He obsesses over matters that, in reality, he should not even care about. For example, he was a Goth during his early years. but he worries that as an older person, he's not allowed to enjoy the music of that culture. After reading that, I thought, "Who cares?! Enjoy your music!"

Also, Graham is very judgmental of people who have done nothing to deserve it. When he goes to the penitentiary housing the cult leader (Jeffrey Halcomb) for an interview, he spends time in the waiting room inwardly mocking another visitor. He imagines this visitor, a senior citizen, as someone in hysterical denial over crimes committed by an imprisoned loved one. That's right, Graham does not bother to talk to this person who spends her remaining years visiting a prisoner and try to understand her story. Instead, he mentally derides this woman whose life is built around a penal institution's visiting hours. He also constantly (and inwardly) insults the clerk's appearance who is just doing her job regulating visitors and phone calls. Finally, he also insults Caroline's family members for whatever quirks they have.

Going back to how he deals with his marriage, he is such a coward. At the beginning of the novel, he suspects Caroline's affair, and he has proof. However, at no point does he confront her with the evidence he gathered.

...And possibly a bland, mediocre writer.

The novel establishes Graham as a True Crime writer who is having a financial dry spell. The story also claims that at one point he reached a level of fame that awarded him interviews on talk shows. What did he write about? Richard Ramirez and the Black Dahlia. And the text praises him for going to the actual murder sites.

When I read that, I found myself unimpressed. Beyond the True Crime genre, most writers who study historical events, usually already do that. For one thing, Graham took on two of the most well known murders/murderers in modern American history. The book does not give any examples of his writing, but one person praises him for accurately portraying Ramirez's East L.A. haunts, I found myself thinking that Graham is probably not a good writer. He acts self-deprecating about his writing, and mentions his father angrily insulting his writing career, but it's buried underneath the praise he receives from other people.

He writes about already infamous criminals and crimes and chances are, he probably does not even offer new ideas or interpretations. He does not even make claims that Ramirez and the Black Dahlia were plots committed by groups such as the Illuminati. Plus, I do not consider him that inquisitive of an investigator. After he fails to get an interview with the cult leader, he receives a mysterious cross, but he dismisses it outright. Only when he actually bothers to research it, it is too late for him.

The book makes excuses for his financial troubles by claiming that the True Crime genre is falling out of favor with the public. I call nonsense. While there may be lapses, the public will eat up the lurid and mysterious.

Ania Ahlborn's "The Devil Crept In"

I checked out both The Devil Crept In and Within These Walls at the same time. Even after reading Walls, I still gave Devil a chance. The Devil Crept In is about a kid discovering a mysterious evil near his neighborhood. While reading this, I noticed common motifs that began with Walls. On one hand, Ahlborn does a good job creating nightmarish scenarios. On the other hand, her characters are so intellectually stunted and lacking in self preservation. The fact that she wrote them this way so the horror could happen left me going "Good God, couldn't there have been another way?"

Also, these books hate parents. Seriously, there are no good parents. Not even nuanced portrayals of complicated parents.

The protagonists either lose or end up dead. I don't mind unhappy endings. When done well, I could find them quite cathartic. The bad endings here? I found them unsatisfying. Initially, I found myself unable to mentally articulate why I did not like them, but I think I can now.

In Walls and Devil, both involve vulnerable and lonely young women who put themselves in dangerous situations. Situations that turn them into catalysts to something horrific. In Walls, as recounted in flashbacks (set in the late 70s/early 80s) that culminate in dead cult members, a shut in named Audra Snow lets a group of drifters into her home. The drifters are led by leader Halcomb. He is what happens if Marjoe Gortner grew up into a cult leader. Now, the way Within These Walls is set up, I expected Audra, who I think shows up in the books' present time line as a rather horrifying ghost, to take revenge on Halcomb, after he took part in a suicide/resurrection gambit. A Chekov's Ghost, if you will. Having read other books and watched other movies, I mentally predicted while reading this, because Audra is treated so terribly by everyone from her parents to the cult she takes in, I wanted her to come back as an avenging ghost to abort the cult leaders' scheme.

Alas no. Graham and his daughter dies, and cult leader Halcomb takes over. It felt so anti-climactic and I felt disgusted. There's nothing wrong with doing something different, so long as one does it well.

...Because the characters are brainless.

The protagonists were too clueless and/or lacking in self-preservation for me to feel sympathy for their tragic ends. If the characters showed some smarts and/or self-preservation, I probably would have felt pity. I have already gone in depth into Graham's deep flaws, so I am going to analyze another Ahlborn character with similar problems.

In The Devil Crept In, a female character similar to Audra helps birth a vampire courtesy of another mysterious drifter. See a pattern? Anyway, this character has even less intelligence. She's a shut in too, but she's married to a doctor and wants to have a child. However, she has a miscarriage. Awful, but apparently she and her doctor-husband never prepared for her delivery date. Seriously, she gives birth while he's away at work. I talked to my mother about this, and parents usually know the delivery date and prepare accordingly. While she's supposed to be crippled by agoraphobia (I think), the husband could have gotten a nurse or even a midwife to look after her and prepare for the big day. But they didn't. It's established that the doctor is well respected, so there should have been people who would have happily made house calls. I know miscarriages can come out of nowhere and before the due date, but that should give them more reason to bring a nurse to check on the would be mom. After the miscarriage, she runs off, meets the drifter, comes back and later her husband is dead. She's pregnant again, but she's so paranoid of medical people asking questions and I later realized, "Did she not realize that clinics exist to help her out and are not there to judge her?" She doesn't even attempt to look for one. Instead, she drinks copious amounts of alcohol while pregnant and attempts to injure herself to kill the fetus. Later, she gives birth to a vampire that later terrorizes everyone. And the drifter and the demon get away with everything.

And similar to Within These Walls, The Devil Crept In left me hollow and unsatisfied at the confoundingly foolish behavior committed by the protagonists.

However, if you're curious about these, don't let me stop you. 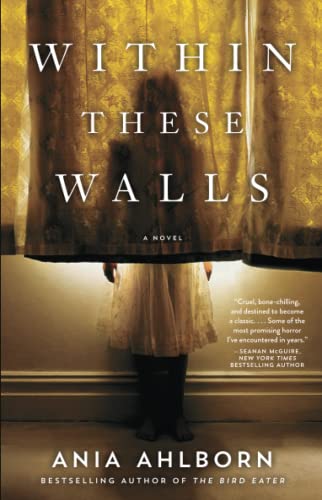 Within These Walls
Buy Now 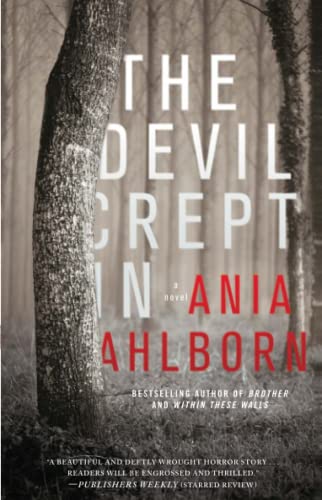 The Devil Crept In: A Novel
Buy Now