Miriam has been a freelance writer since 2013. Born in Whittier, CA, she now lives in Ontario (California) with her husband and family.

The Paul Is Dead 'Hoax' or PID

Here’s a little background information for those who are unfamiliar with the "Paul Is Dead Conspiracy" (PID) or "hoax", as most refer to it.

The story I heard when I was 9 years old (in 1969) was that Paul was killed in a car crash and replaced by a double. My parents really liked the Beatles' music, so when my dad first heard this story he said, “They can’t replace Paul. How are they going to find a double with his distinctive voice that can write great songs and play the bass left-handed?" So we dismissed the story as a rumor.

However, when a story does not die (rumor or not) it starts making you wonder how much truth there is to it?

Selections from "The Memoirs of Billy Shears" by Thomas E. Uharriet

"Billy's Back!" is an edited version of the complete book entitled, "The Memoirs of Billy Shears" by Tom E. Uharriet. "Billy's Back!" has most of the chapters from "The Memoirs of Billy Shears" but intentionally omits quite a few chapters that delve into the occult. Billy omitted these 21 chapters because (he implied) he does not want to lose his Christian fans; at least, that's what I think he implied.

I wanted to read the whole book, but it was a little pricey so I could not buy it at the time. I still plan to buy "The Memoirs of Billy Shears" sometime in the near future, so I will write a review about the missing chapters in another hub.

Mr. Uharriet writes this narrative in the first-person and calls this publication a book of "fiction".

I believe this book contains factual information of real events that occurred after Paul's fatal car crash of 9/11/1966; after which Billy permanently took the place of James Paul McCartney.

I searched around and found a used "Billy's Back!" on eBay for about $6 so I bought it. I read it in August 2014 -- almost 3 months ago. I also found billyshears.com, the official website, after visiting several "Paul is Dead" forums and watching several videos of related material.

"The Memoirs of Billy Shears" was originally published in 2009, with newer editions published in 2010 and 2012. I wonder why and how I had not heard about its release or seen any displays advertising it in the bookstores? I consider myself a big Paul fan so I wonder if it was not advertised. or just underground?

Although the cover says that this book in its entirety "set world records" - it makes me wonder "where was I when this happened?" There are so many fans and interested people that remain unaware that this book even exists, so I hope this helps get the word out.

In fact, most people (including my own family and everyone I know) do not believe that Paul McCartney died in a horrific car crash in 1966 and was replaced by a double. They all think I'm crazy - but I am convinced for many reasons. And since I can't talk to anyone about it, writing helps me get my thoughts out.

"Billy's Back!" is a detailed explanation of Paul's replacement. This story also reveals why John, George, and Ringo went from being close, happy friends to being the cynical, serious men they became shortly after the "Revolver" album was released in late 1966. "Revolver" was released just one month prior to Paul's death and was his final album with The Beatles.

I do not want to spoil the book in this review because "Billy's Back!" is filled with fascinating revelations that every Beatles' or Paul fan needs to know. <--Tweet this!

Even if you are not a Beatles' fan, you can read it as an amazing story of deception that fooled the world for over 47 years-- so far. 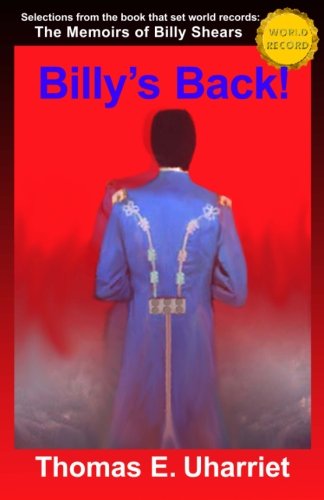 Billy's Back!: Selections from the book that set world records: The Memoirs of Billy Shears
Buy Now

Teasers from "Billy's Back!"

I am going to share some of the topics contained in the book, but only to entice you to read it for yourself. To me, it is tough to put down once you start reading.

Paul Dreams of His Death

According to Billy, in 1966 Paul was being haunted by dreams that he would die soon, but the Beatles would continue on as a band by replacing him with a double. The dreams bothered him so much, he was convinced it was going to happen.

Paul became preoccupied with these dreams, telling anyone who would listen what he had dreamed and what they revealed to him. He forewarned his close friends and family, but nobody believed him --not his family, and not even the other Beatles.

Dreams of His Replacement

These recurring dreams/nightmares changed a little each time, by adding a little more information than the previous dream. Some of his dreams were in morbid graphic detail, while in others he was a floating observer. He even saw John call to someone named Paul; but someone else responded - someone that looked like him and appeared to have taken his place.

Paul talked to his dad about this, but his dad thought he was focusing too much on these dreams; he did not believe in Paul's "omens." Somehow Paul thought his dreams meant that he had to be sacrificed and then be replaced with a substitute.

According to Billy, it was Paul that held a lookalike contest in a popular teen magazine to try to find a suitable replacement. He says, Paul urged them to find a replacement before his death took place. So, Brian (the band's manager) decided that William Sheppard, the session musician/celebrity imposter would make a good double for Paul should they need one in the future. There was no further discussion of this topic.

Paul flies to France to handle some business. But after a couple of days of not hearing from Paul, Brian and the rest of the Beatles start worrying.

Brian was the first to be notified about Paul's death, and he immediately panicked. He quickly phoned Billy to ask him if he would like to be Paul McCartney? He explains to Billy that he will not be given credit for his work, but Billy does not care about that. He is walking on air now and agrees to replace Paul.

Brian tells Billy that Paul's dreams came true; he died in a horrible car crash. But before he tells the rest of the band, Brian arranges a meeting at a tavern with Billy and Mal Evans, the Beatles' roadie since the Hamburg days. Mal brought Paul's personal checks, Brian brought the contract. Billy had to sign several post-dated checks as Paul, because some of these checks would be needed to pay people off, so they would not breathe a word of this to anyone.

Things were moving fast now. Billy had his hair dyed, photos were taken and Brian filled him in on Paul's mannerisms. They drove to see Paul's dad, where he was given Paul's birth certificate and other personally identifiable information.

After leaving Paul's dad's house, Brian tried to phone John, but nobody answered. Brian wired a telegram to John stating that Paul died and had already been replaced. He also said to meet with them at 1:00 in the afternoon.

However, nobody was in John's room when the telegram arrived. When John finally got back to his room (hours later) he is met with the telegram announcing Paul's death and replacement.

The telegram said to meet Brian at 1p.m. but John did was not in when it arrived. Further, Brian was behind schedule, so he asked Mal to delay the meeting until 10:00 p.m. Mal sent another telegram to John with the new meeting time.

After reading the telegram, John became angry, shocked, and filled with mixed emotions. A replacement already?? He was uncontrollable. He had to talk to Brian as soon as possible! But now he had to wait until 10:00 to talk to him. He was "fit to be tied."

He kept thinking about the dreams Paul kept talking about-- how could he have known they would really happen?

He carried on loudly as the hours dragged on, waiting for Brian to show up. He was alternatively cursing, crying and being unruly, and then having fits of anger and weeping.

Paul's death left the entire band in shock, mourning, and depressed. John took Paul's death the hardest, exhibiting angry outbursts and getting hysterical from time to time. George and Ringo were also very depressed and none of them were in the mood to write songs.

They did not want to go on without Paul - it wasn't the same anymore. They did not like the idea of replacing Paul, but it was already happening.

Of course, Billy was as happy as humanely possible - he was instantly rich and famous. As Billy, he had not had much luck with the women, but as Paul he could have any woman he wanted. It must have been an awkward situation for Billy knowing that the others resented him for being Paul's replacement.

Because of John's extreme depression, Billy was able to ask for and get anything he wanted as part of the agreement for replacing Paul. He asked to be the leader of the band, and several other demands, all of which were met. John was the founder and leader of The Beatles, but he just did not care anymore: his best friend was gone forever.

Billy tells of his trips to Africa for plastic surgery. These operations were done to re-create the face of Paul McCartney on the man chosen to impersonate him, Billy Sheppard. This double/replica of Paul is the man the world knows today as Sir Paul McCartney.

Billy replaced Paul exactly one week after Paul died: September 18, 1966; that sure was fast work for an "accidental death".

What's The Difference Between Paul & Billy?

This One - Billy Shears

Other Topics Discussed In "Billy's Back!"

Billy explains many more topics in this book, including the following:

Billy on Dave Letterman Show: Watch His Expression at the End

Turn Me On, Dead Man: The Beatles and the "Paul Is Dead" Hoax
Buy Now

Get the Complete Book 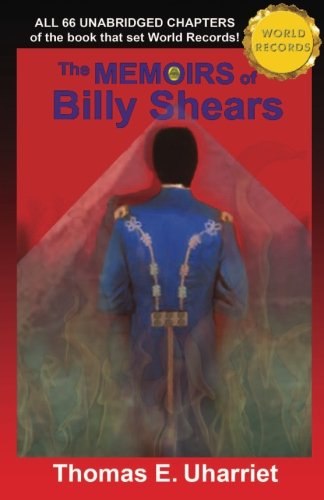