Guinevere: The Tale Of Love

What is a love scene without music? I have personally become accustomed to great scenes featuring songs that fuel the moment! This will be my attempt at writing simple scenes that promotes some of my favorite tunes! Hope you can enjoy! I appreciate your time!

The Deeper In Love I Get

Louis's coworker Will is badgering him about going to a Cabaret tonight! Louis really isn't into going anywhere since he recently broke off a year long relationship with his controlling ex girlfriend Danielle, whom he also works with. He tells Will, "I don't think I'm doing a damn thing tonight."

It's Friday and Will prefers that Louis get out of the house and indulge himself with an evening of drunkenness and debauchery! Will informs Louis, "The Golden Triangle uptown is happening tonight!" Louis reluctanly agrees and the two hit the town!

In the car on the way to The Triangle, Will is playing some tunes that really has Louis feeling relaxed and content. Louis bellows, "That last song you just played is one of my favorites!" The two men arrive at their distination and just as Will had described, the scene was definitely arousing! Full of vigor and fire, Louis observes a very beautiful women all alone sitting at the bar. He says excitedly, "Will check the lady in red with the golden brown hair!"

The ambience of the evening is now starting to turn lustful as Louis sees the women that gives exact meaning to the word pulchritudinous! The two agree that this particular lady has to be the most appealing mistress in the Triangle! Louis boldy gets the nerve to approach the beautiful young lady in red. "Will professes to Louis, "Dude if you can get that, you'll be the MAN!" She notices Louis's advance and is very intrigued by his stature and well groomed features! He introduces himself. The alluring women aquaints herself uniquely as Guinevere. Louis offers her a drink.

Guys throughout the evening have addressed Guinevere with redundant plays. Louis has piqued her interest enough that she concents to dance with him. Aphrodisia is in the atmosphere as Guinevere dances the night away!

"Quicksand" by Martha Reeves & The Vandellas

High Off Your Love!

"Inside Looking Out" by Grand Funk Railroad

Louis was so glad that Will talked him into going out tonight! Being in the company of Guinevere has Louis on a natural high! The evening was coming to a close! Louis says, "I must see you again Guinevere!" She agrees!

Afterwards, Louis and Will head home still awakened by the evening! Ecstatically, Will says, "the two of you really hit it off!!" In deep thought of the intimate occurrence, Louis coincides with Will.

While home alone, Louis certainly cannot get Guinevere out of his mind. Not even a quick smoke can calm Louis's nerves tonight. Feeling confined, Louis is eager for another odyssey with Guinevere to replenish his euphoric state of mind.

Suddenly the phone rings! Louis ignores the call from his ex lover Danielle and continues to muse about Guinevere. Thinking out loud he says, "I got to call her tonight!" Feeling alone, Louis desperately wants to call Guinevere but the late hour makes him hesitant. The natural high continues as Guinevere stays on his mind!

Later on, the phones rings again and it's a number Louis is not yet familiar with so he picks up. "This is Guinevere, may I speak to Louis please?" On cloud nine, Louis converes with Guinevere and the two talk until dawn!

Louis and Guinevere decide on a date at the park later in the day. Before her get together, Guinevere chats with her best friend Lauren and she tells her how excited she is about meeting up with Louis . Lauren jokingly says, "Girl I haven't seen you glowing like this in a long time!" After chatting with Lauren, Guinevere prepares for her date.

It's a beautiful day as Louis and Guinevere walk through the park desirably. Looking into the eyes of Guinevere has Louis feeling like he's levitating! Louis says to Guinevere, "you are so divine!" She thanks him for the compliment.

Discussing various matters, Guinevere explains to Louis how she's been disappointed with past relationships. Emotional scars have been delivered to her over the years. For the moment, Louis puts her at peace with gentle colloquy as he grabs her hand. Gazing into the beautiful eyes of his mate, Louis conceptualizes a harmonious resonance with an utterance of the name, "Guinevere!"

Louis and Guinevere leave the park after a romantic afternoon. They arrive at Guinevere's home and he walks her to the door. They exchange a warm kiss! As their eyes connect, Louis bids to Guinevere "when can I see you again?" She replies, "Maybe we can do lunch tomorrow?" He relishes the proposal!

The next day at work Louis is feeling verily elated and his coworkers can tell! Especially his ex lover Danielle. Louis takes a smoke break as she follows him outside. Danielle says to him, "I tried calling you this weekend." Louis continuing his smoke break doesn't feel the need to divulge information of his pleasurable weekend. He simply tells her he's been busy. Danielle ignores the fact that they are at work and seizes her slim moment to become more aggressive and flirty.

Meanwhile, Guinevere decides to carry through with her proffer and visit Louis at work and invite him to lunch. Arriving in the parking lot, she notices him with Danielle as his ex openly attempts to seduce. Guinevere wonders, "Who is she?" Feeling confused, she hurriedly leaves and ponders about her prior meetings with Louis now feeling that "Mr. Right" could indubitably be "Mr. Wrong!"

"One Good Man" by Janis Joplin

Loving You More Each Day!

At work, Louis doesn't accept the advances from Danielle! He also doesn't like the idea that Danielle is being so aggressive with him, especially while on the job! The situation spells trouble as Louis hurriedly ends his break to get away from her. Not observing Guinevere in the parking lot earlier, he sends her a text message but doesn't get a response.

Later in the day, he calls her on the phone and gets her answering machine. Will suggests he pay Guinevere a visit to see if she's okay.

Louis arrives at Guinevere's house with flowers. After knocking on the door for a few minutes with no response, Louis decides to leave. Still confused about earlier, Guinevere opens the door. Louis senses tension so he asks Guinevere what's wrong? She tells him what she saw earlier. Surprised, he explains the unwanted incident. Still confused, Guinevere contemplates about letting her guard down again. As she slowly closes the door, Louis forwardly declares his immense passion and strong devotion for her!

Finding it almost insurmountable to fight her feelings of affection, she allows Louis to enter. He reaches out to her as they embrace! Forgiven, Louis and Guinevere rewrite a romantic chapter in the storybook called LOVE! Today births the beginning of allegiance and sensual liasion as their amour magnifies!

Hopefully you've enjoyed the inception of this amorous tale! Certainly, there's no end to the story called LOVE!

"Storybook of Love" by The Whispers 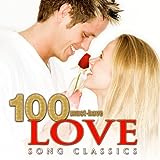 All Songs Can Be Purchased Here