Book Review: A Premonition of Murder by Mary Kennedy

Based on the title of this novel, I too had a premonition. But not of murder.

I will admit that it was a very slow and long death.

The Blake’s, along with the Harper sisters are enjoying lunch when Abigail tells them that she had a dream regarding her death and tries to talk the Blake’s into volunteering with Magnolia Society. Both the Blake’s and Harper’s reassure her that a death dream doesn’t mean impending death.

Later that night at the Dream Club meeting, the group discuss the dream and after the meeting, Taylor receives a call that Abigail was found dead at the bottom of the foyer stairs.

An emergency Dream Club meeting is called and the group starts discussing a dream that one of the members had regarding Abigail.

With a whole bunch of blah, blah, blah, the Blake’s receive a letter from Abigail and she asks them to inventory items at the estate.

Taylor discovers valuable items are missing and a lot of emergency meetings are called as the club gets closer to solving yet another double homicide.

So, where do I stand with this final installment?

I’m upset that I wasted my time with the series since there was a lot of potential in it. I think the mark was missed in the first installment and by the third time, nothing really changed.

The entire series is basically just a bunch of women who get together and share specific dreams related to a murder, or basically they try to come up with a murder related dream.

Unfortunately, none of the characters change(or grow) and the same plot pretty much exists throughout the series.

I do give Kennedy an A for the dream plot line, and she does bring up interesting incites about dreams and this is what she should have explored. 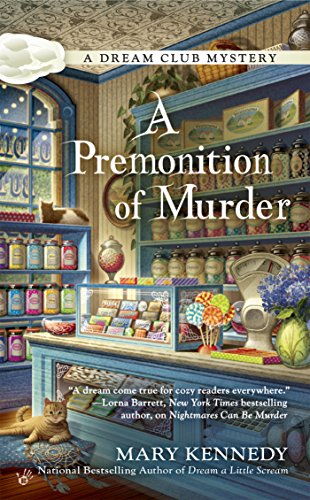