If I could turn back time, I probably would have given this book to a friend, or donated it. Unfortunately, I’m not that cruel.

With the first installment under my belt and packed away, this was one hellish read and believe me, I’ve had a better root canal.

Giovanna “Gigi” Fitzgerald has moved from New York City and has started a home business helping people lose weight. With a handful of clients, Gigi is hoping that local restaurant reviewer, Martha Bernhardt, will give her positive reviews and become a client.

That hope dissolves when an accident takes Martha’s life after Gigi delivers lunch to her at the local theater (along with a few other lunches).

Following the autopsy, Gigi learns that Martha died of an allergic reaction and the police are looking at her as the prime suspect, but when they close the case, Gigi demands that they reopen it so that her name and reputation can be cleared.

If you’re looking for a non cozy type of story, this series isn’t for you as its formulaic from beginning to end (just insert different names and locations). The characters are extremely boring and the dialogue is dull.

The theater/play subplot really doesn’t make sense. I kept questioning as to if this was a professional troupe and if not, how could they have rehearsals during the day, when at least two characters had daytime jobs. Well, it is fiction after all.

Since I have already invested my time, I think I can slough my way through two more installments.

If the Little Engine could make it over his hurdles, maybe I can make it through two more installments. 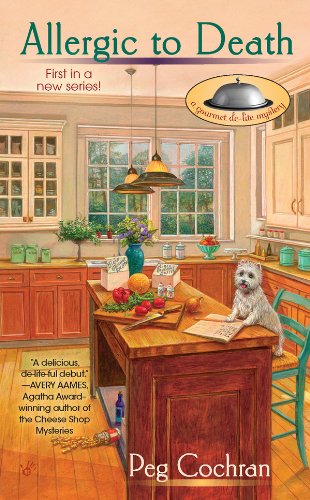