As I wrote in my review of the series second installment, whenever an author includes a cast list, you know you’re in for trouble. And this installment takes its cue from the second.

However, an original festival is introduced in this installment, but the story never really gets going like it should.

Six months have passed since the last murder happened in Jewel Bay, Montana and once again Erin Murphy has discovered the body.

With Valentine’s Day fast approaching, Erin has come up with an idea to hold a film festival which features “food” movies. The high school film club has also been invited to participate since they‘ve produced a documentary about local car buffs (based on about four paragraphs from the second installment).

Erin is to meet with film club president, Zayda George at artist Christine Vandeberg’s studio, but when Erin gets there, she sees the girl waiting outside. The two go in and find Christine in the final moments of her life.

The police find Zayda’s eyebrow ring under Christine’s body, placing her as the number one suspect, yet Erin’s brother, Nick, is also a suspect since he was dating the deceased.

Both suspects continue to withhold information from the police and on the night of the student film premiere, Deputy Kim Caldwell notices a telltale sign regarding a former unsolved hit and run.

While this installment by all means was (somewhat) original with having a teenager as a prime suspect, Budewitz should have explored that angle. I think it would have been a much better story to tell.

Even with the conclusion of this installment, I still don’t like Erin and I don’t think that she’s grown as a character. Everything seems to revolve around her and she does become annoying and acts as though the town will fall apart without her control.

Whether you decide to read this series, the fact that the running mystery regarding the earlier hit and run is solved, you do need to read the second installment for the clues. 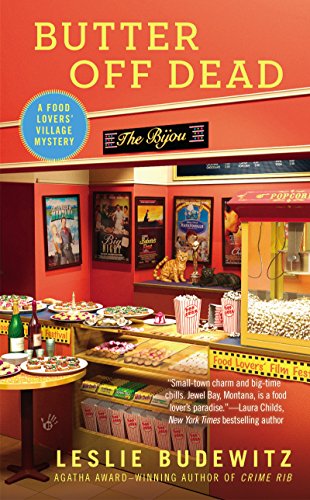