Have you ever wondered what really happened to Marilyn Monroe? Bye Bye, Baby may not have all the answers, but it does shake out a few things that have been covered up. I never realized there were so many aspects to the case, almost as bas as the killing of President Kennedy when it comes to theories. I think most of us have heard snatches of information about Marilyn Monroe’s death. Generally, it has been considered suicide with some suspicion of murder. She was known to be sleeping with the president. Maybe Bobbie was involved. I remember a magazine article by Peter Lawford, a brother-in-law to the Kennedy’s who said he cleaned up the scene to protect the Kennedy family.

The death of Marilyn Monroe is the subject of this hardboiled detective story by a writer who has become an old hand at writing historical crime fiction. What other writer combines one of the most famous deaths in Hollywood, President John F. Kennedy, his brother Bob Kennedy, Frank Sinatra, Peter Lawford, and Jimmy Hoffa? The story is fiction but does throw light on the incident. Collins is a good researcher. As he states in the back of the book “…this is a work of fiction, and liberties have been taken with the facts, though as few as possible…” I trust Collins fiction more than I trust some who claim to write non-fiction. I would certainly trust him more than some like Oliver Stone on controversial history. Collin’s has written a number of historical mysteries dealing with real life mysteries. Sometimes with mysteries none of us were aware of. The 1950’s writer, Mickey Spillaine, who was a friend of his, influences his style. 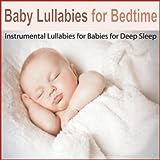 The story is narrated by series investigator Nathan Heller, PI to the stars. Marilyn who wants her phones tapped so she can capture conversations that might be important in a lawsuit hires him. When she dies three months later, Heller is skeptical of the official conclusion of suicide. His investigation is bound to rub a lot of powerful people the wrong way. My own memories of this death are that first news reports were that the star had overdosed on drugs, maybe accidentally. Maybe not. Then there was the suspicion that the president might have been with her. Was the president’s brother, Robert, somehow involved? Later, I read the article by Peter Lawford about cleaning up the apartment.

Collins says that he was a big fan of JFK. Having been a Baby Boomer the glamorous president was an icon to him. He did not find it easy to deal with some of the facts that he ran across in writing this book. That to me gives an air of credibility. In any case, it is an interesting read and you can draw your own conclusions as to how close he comes to what really happened.