I've never really been a fan of Halloween and while there's nothing that I can do about it, I do like the little things, like when it's a part of a book.

With the third installment of the Southern Beauty Shop Mysteries, it just so happens that Halloween falls on a weekend. Along with an impending hurricane.

The senior class of St. Elizabeth High School is taking a field trip to the Rothmere mansion to see if the ghost of Cyril Rothmere will appear. Rachel Whitley, the shampoo girl at Violetta's salon asks Grace Ann if she would be a chaperone since her mother has been called out of town.

Begrudgingly, Grace agrees to accompany the few students who are going to the mansion, but, she's also interested in since she's been reading some original letters from Clarissa Rothmere(dated 1831) from Lucy Mortimere the currator of the mansion. Subconsciously, Lucy thinks she's a Rothmere and will defend her life for the museum.

After a prank, Rachel finds her former boyfriend, Braden McCullers, sprawled out in the same spot where Cyril Rothmere died close to a century earlier. Since Rachel found Braden, she becomes the prime suspect in his death.

As the week drags on, Grace and the others at the salon try to figure out what connects this incident to Cyril's murder and the mystery continues to play out in the letters Grace is reading. With the hurricane nearing, can they clear Rachel and survive Horatio?

I had to give Lila Dare a lot of credit for this installment, since she "kills" off a teenager. I'm not sure that I've ever read a book with the murder of a young adult, but, in a way it was somewhat shocking. And of course to have the attitudes of teenagers only makes it even more interesting.

Dare doesn't let you down as the action is maintained as it has been throughout the series and these dark and stormy night mysteries are always good.

With two mysteries going on in the same novel, you'll get the chance to solve the murders of Cyril and Braden all for the price of one! 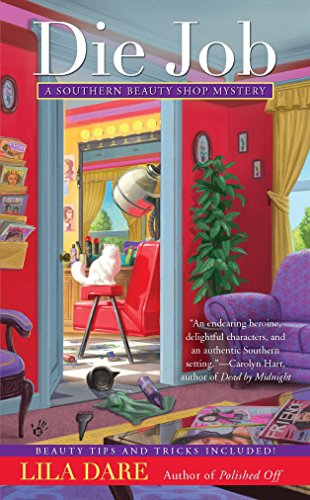