Book Review: For Whom the Bluebell Tolls by Beverly Allen

I was afraid that the second installment to the Bridal Bouquet Shop Mysteries would be too cliche in the crimozy world, but Allen went above the standard formula.

Audrey Bloom receives a phone call from her former boyfriend, Brad Simpson telling her that he’s in a bind and needs her help.

When Brad broke up with her he told her that he was moving to New York City where he had accepted a job as a videographer for a television show (which was ultimately canceled) and is now working for Fix My Wedding a reality wedding show. Reluctantly, Audrey agrees to let the show use her bouquet designs.

After she lets the staff know about the show, they decide that Audrey should be on the show with the three designs that they’ve come up with.

At the taping, co-host Gary Davoll will choose a design for bride to be Suzy Weber for her bell themed wedding. Gary ambushes Audrey and later that day he is found dead in the bell tower at the church, with Brad discovering the body.

With Brad as the primary suspect, Audrey has to prove his innocence while wondering if he wants to reignite their relationship, while also wondering if baker Nick wants to continue dating.

As the show continues filming, the wedding dresses are destroyed and the Rose in Bloom is ransacked with the bouquets also being destroyed sometime before the wedding.

But, there are secrets that both the cast and crew are hiding and from there, it’s not just a challenge to figure out who killed Gary.

By far, this is the best “reality show “ crimozy written to date. The story just flows without a hitch and these are the best characters I’ve “met” in a long time.

They are well written, funny and they’re people that you would want to know. I really do care for them and above all, the series is definitely page turning.

But, if there’s one thing worth noting, Allen has a special skill of weaving in a flashback or two without missing a beat, especially whenever Grandma Mae is brought into the story.

You can trust me when I say that you’ll love this series and why movies based on the first two installments haven’t been made is beyond me. 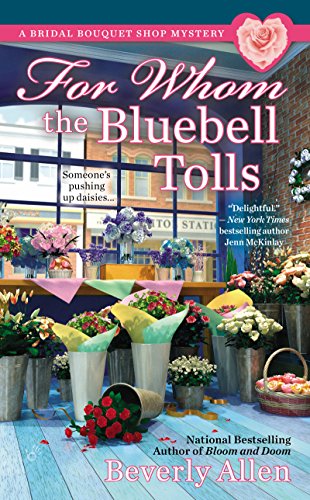