Justin Bryant, the sixth Earl of Weston, is Megan Kinkead's aristocratic guardian. As an abandoned child, Megan only wants to get attention from the guardian she rarely sees. Years of seeking this from a cold man who only thinks of her as his ward and responsibility seem impossible, until he shows up unnanounced at a party to spoil her fun. Disappointed, she's determined to get a chance to talk to him but then things get awkward when she bursts into his room, naked in the tub. The tension awakes Justin to the growing beauty of a seventeen-year old determined young lady. He conceals his desire by trying to keep his distance. However, Megan's ways in getting his attention start to drive him crazy. He then finds himself torn between keeping his status as her respectable legal guardian, or pursuing a love he never knew existed.

As much as I want to give this novel a high rating, I just couldn't (despite the fact that I love Karen Robards). I have been a fan of hers since my college days, which was more than a decade ago. Since I'm into mystery and crime novels with just a little bit of romantic touch, I have probably read more than twenty of her novels. Sadly, this is the only story I didn't like though I think this is also the only full blown romantic novel I have ever read from amongst her works. The characters are not in their right minds and the plot is disgusting. I cringed a lot when I read this and could hardly finish it. If there is one thing to commend, I would say that Karen writes well and to the standards of an acclaimed author. The poor rating is entirely directed to the characterization and its ridiculous idea to make readers believe that this is actually a romantic novel because really...it isn't. If you would like to be a fan of her work, steer clear from this book and I recommend that you start with her mystery thriller, "Walking After Midnight." Stay away from her romance novels. Detective stories are her best literary pieces. 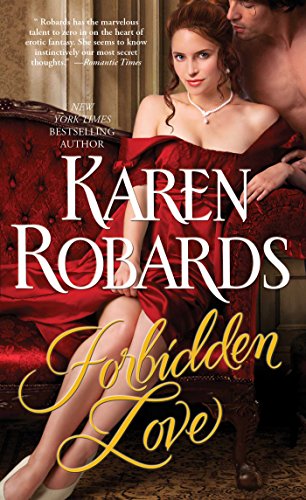