Book Review: Gone With the Twins by Kylie Logan

Author Kylie Logan was a genius when it came to writing the League of Literary Ladies Mysteries and her enthusiasm showed with each installment.

As the series comes to an end, the ladies have selected Gone With the Wind as their book discussion for June. It coincides with the gala fundraiser for the historical society’s annual event, being held at the newest B and B- Tara.

Owned by twins Quentin and Riva (aka the Twins) Champion, the Twins have been in the headlines after they escaped from a year long kidnapping. The Twins have decided to come to South Bass Island, rather than live with their celebrity mother back in Hollywood.

Bea Cartwright, owner of Bea and Bee’s doesn’t look at the Twins’ B and B as competition, but rather as an annoyance due to the over the top theme.

Following the death of a highly respected real estate agent, a group of people go to her house where her niece, Vivien Frisk, will be selling off some of Estelle’s belongings to those that had expressed interest in certain items.

Upon arriving at Estelle’s house, the group finds Vivien murdered in the basement and Bea’s friend, Chandra, becomes the prime suspect.

Vivien had stolen Chandra’s first husband away from her and after his death, Chandra wanted some of his stuff but Vivien wouldn’t allow it.

While investigating Vivien’s murder, Bea also comes across another secret that Levi has been hiding from her.

After spending a little over a year with these characters, it really was hard to let them go, and while I was afraid it would end on a cozy note, due to Chandra being the prime suspect, this ended up being a good old fashioned mystery.

It was another page turner and before you know it you’re at the end.

The characters are top notch and you really do get the feeling that you would want them to be a part of your life.

My only complaint about this installment is that after Vivien’s body is discovered, the interrogation takes too long and it slows down the story, but other than that, I would love to see a series developed from this series. 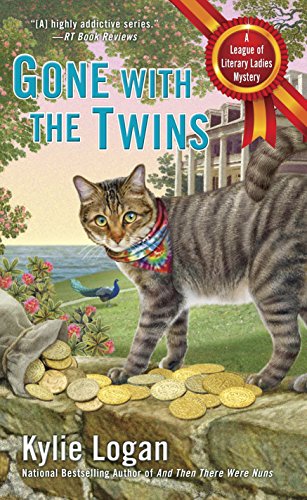