This is how I can sum up Keeping Mum the third installment in the Garden Society Mysteries series by Alyse Carlson.

This is how hard it was to read this hot mess.

Carlson had a huge opportunity to turn this series around, but missed it at every angle. The story idea itself is rather original but never gets off the ground.

Camellia (Cam) Harris has been "recruited" by her best friend Annie to help plan a gala for a local senate candidate. They decide on doing a murder-mystery themed event (with guests dressing up in 1920s garb) where people can bid on who should be "murdered" while incorporating unexplained events that have happened at the Patrick Henry Hotel.

Roanoke's high society love the idea and can't wait for the mystery to begin, but after dinner when the game begins, the body of financial tycoon Derrick Windermere is found on the golf course.

The guests are called to the staged murder to continue playing (without knowing about the actual murder) and Annie's father disappears. Basically, that's the entire story.

Based on originality, Carlson gets an A+ for coming up with the type of fundraiser being thrown by the characters. Add in the disappearance of a minor character and you would have an intriguing story full of page turning suspense.

This isn't the case.

Carlson again adds to many characters and while a novel needs dialogue, there's too much of it. There's hardly any action and you really lose interest in what's going on. I think if the characters were worth caring about the series could have started to improve, but unfortunately, it was a missed opportunity.

I also had gotten the feeling that Carlson was stumped many times while writing and didn't really care about this installment. It clearly shows in the writing and if the reader isn't engaged, chances are the author isn't.

If the series continues it would be a miracle only if Carlson learns from her past mistakes. 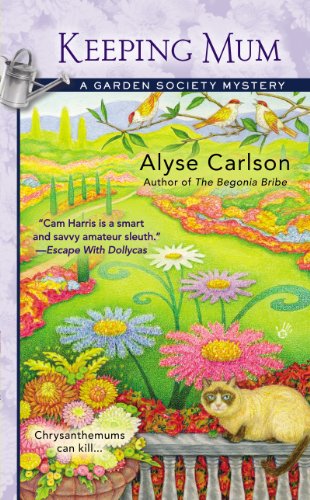