This Surely Isn't Your Run Of The Mill Sandra Brown Novel

When I read the book jacket for Rainwater , I noticed that Sandra Brown was quoted as saying this would be a 'different' kind of novel for her and that she had been rather secretive in writing it. To be honest, that piqued my interest even more as I think I have read every book she has ever written.

I was intrigued to try to uncover her new style or find out what was so different about this book from her many others - best-selling thrillers, romance fiction and even a few westerns. I thought I'd seen Sandra Brown's style across the board but I was delighted to find a wonderful book and a different style unfolding page by page. I was sad to see this novel end!

I know a lot of people who read Sandra Brown and I think they may be disappointed on some levels as they will probably miss the pop and sizzle of her blatant sexuality that is always a part of her books. However, if you look closely and keep reading, you will find those elements still there only on a more subtle and refined level. It was a can't-put-it-down kind of read for me!

So What Was So Good About This Book?

Being the mother of a handicapped child myself, I guess the fact that one of the main characters in the story had a handicapping condition pulled me in. The background of the story takes place in 1934 when of course little was known about many handicapping conditions and prejudice was rampant. As well, the mother being on her own with this child and trying to make a living running a boarding house pulls at you and makes you wish someone could make things right for this poor little family.

Add to that the horrific prejudices against blacks and the poor white trash of shanty towns, all the trials and tribulations that they suffered at the hands of society, the terrible events of severe drought and economic depression in rural Texas, and you see hopelessness and helplessness as people struggled to make a go of their lives - just to scrape by and survive.

The added storyline of the boarder who comes to live in Ella's home, Mr. Rainwater, is a wonderful love story between 2 souls who just don't seem to be able to catch a break in life. As the times erupt around them in when in fact they have enough to deal with already, they still manage to keep a firm grasp on what is important in life and love does indeed survive and bloom.

It is a sad story on so many levels but then on other levels, it is a testimony to people who lived in that time and suffered so needlessly because of society's cruelties. However, had it not been for courageous folks who lived through The Great Depression or dealt with handicaps and the inherent prejudices not only towards less-than-perfect children but also towards blacks and the poor, we would not be the country that we are today, though we still have a ways to go.

I found it a very moving novel that gave me a glimpse into harder times and also a bittersweet love story about the ability to love someone even in the worst of times and through the fire. It definitely was NOT Ms. Brown's 'usual fare' but I have to say - I loved every page of it and was sad to see it end!

A Couple Other Sandra Brown Books Dealing With Handicaps

Hello, Darkness was a great romance/thriller about someone who was injured and lost part of her sight.

Unspeakable was another great romance/thriller that featured a deaf heroine.

Envy was a romance/thriller where you find your hero confined to a wheelchair.

Play Dirty features as well another of the main characters who is confined to a wheelchair though he is definitely not the hero!

Interview with Sandra Brown on Rainwater 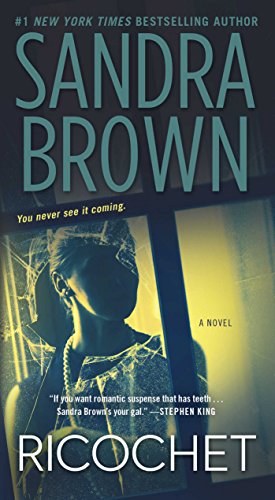 You Can Buy Here On Amazon by Sandra Brown 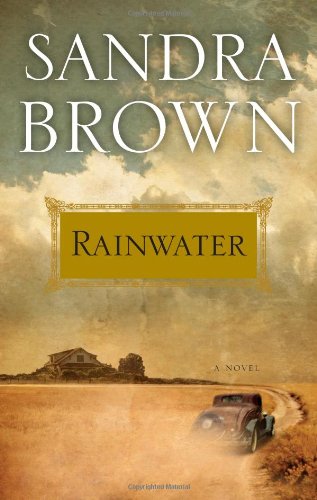