After the "success" of the fourth installment, I was hoping that this series was going to start taking a turn for the better. It just wasn't happening.

Nell Pratt receives a visit from Mitchell Wakeman, a powerful Philadelphia land developer. He tells her of his plans to turn the area around a centuries old dairy farm into a modern development, in an effort to bring people into the community.

Unsure of his request, Nell decides to help him, since he wants to make sure that there aren't any buried bodies on the property near the Paoli Massacre site and doesn't want another Duffy's Cut on his hands.

While Nell would like to help him out, she tells him that the Society doesn't have enough staff or funds to help his request, but then he says that it doesn't matter. He'll give her the money.

This is music to her ears and with the help of Marty Terwilliger, she hires grad student Lissa Penrose. Marty's found her through her boyfriend Ethan Miller, a professor at Penn State.

A boyfriend for Marty? This is something new for her since she spends most of her time working on her families collection at the Society.

Anyway, Wakeman comes by the Society and picks up Nell and Lissa and takes them to the site. He gives them a tour and floating in the pond is the body of George Bowen.

Later, it's discovered that he stumbled across two skeletons which opens up a Garrett family mystery and old wounds for Nell.

As with past installments of this series, you really can't like Nell. I know it's hard not to like a main character, but, I'm really not sure how Connolly wants to portray her. Nell comes across as a know it all and while she doesn't play a victim card, she keeps whining internally.

Even her relationship with Special Agent James Morrison is strained (I really can't figure out why they're dating since he's almost as messed up as she is) and they really do have a very boring relationship.

Although in this installment, Nell is stalling when it comes to moving in with James and a majority of the book is her flip flopping on the decision that she has to make along with his insecurity of losing her.

But, non of the characters have developed up to this point (and we're at the fifth installment) which makes it hard to get through the book. As a series goes, the main character eventually develops, but this is not the case for Nell.

Unfortunately, I've invested too much time in the series and with two more installments to go, I may as well forge on, to what I hope is a conclusion to the series. 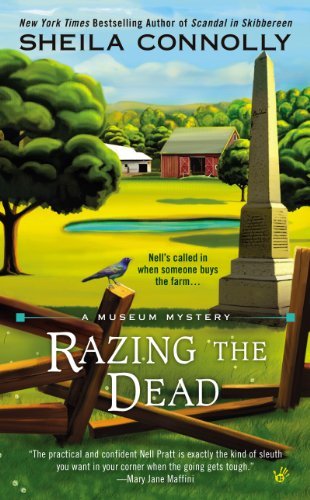