Felicity Davenport certainly is a lucky character. Not only is she the star of a soap opera, but she gets to get murdered.

I truly envied her since she didn’t have to suffer through this novel.

On the night that Felicity is having a party, she goes upstairs to her suite for a quick visit to her indoor sauna and a cup of tea. She has five pounds to lose before the party and as in the past, a sauna and tea will get rid of those last few pounds.

She’s also a client of Gigi Fitzgerald, and has been on Gigi’s weight loss program.

But since this is a story regarding Felicity’s murder, earlier in the day Gigi has had some plumbing issues and Felicity tells her that she can stay at the estate for a few days until the plumber can return to fix the pipes.

Following the murder, Gigi’s best friend Sienna becomes the prime suspect in the investigation, because her husband, Oliver, has supposedly been having an affair with Felicity.

As the evidence mounts up against Felicity, could she be responsible for another murder?

Now it’s up to Gigi to get her very pregnant friend out of the line of fire and solve the murders before she too becomes a victim.

While I was reading this all too familiar crimozy, I kept trying to figure out how to do this review.

RuPaul kept whispering in my ear that the library was open and I was turning to social media looking for someone who had a red MINI Cooper (the staple to every cozy mystery heroine) so that I could be ran over with this series laying on the ground beside me.

But, I couldn’t go through with either idea. It just wasn’t worth the agony.

I did, however, throw the book across the room once I finished because it’s that bad. And really, I don’t think anything could have saved it.

There are a lot of inconsistencies and to give you an example, Alice (a former client) breaks her arm at night, calls Gigi and when she’s released from the hospital, she says that it’s a good thing she took short term disability. Alice is released in the middle of the the night, and is back to work the next day. I went, “Huh?” Since she didn’t miss any work, how could she get short disability?

There are more inconsistencies but right now, I’m focusing on completing this series and throwing it into a box to pass on to the next patsy. 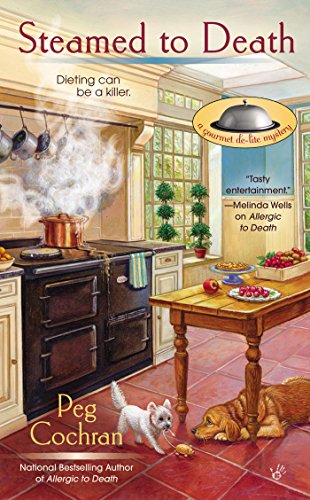