With Jennifer Scott’s first foray into adult novels, the publisher was having a hard time finding reviewers since it was a depressing novel set at Christmas. I took a chance and loved it.

When I saw her second novel at a used book sale, I had to get it since I didn’t think I’d be disappointed. Unfortunately, I was disappointed.

Jean Vison is the leader to a ragtag book club. Each member finds solace within the group and as the book opens a meeting has just started when Jean receives a disturbing phone call from her son in law.

She learns that her daughter Laura has just been in an accident and leaves the meeting to be with her.

After driving across the state, she’s informed that Laura is an alcoholic and her drinking has gotten worse which prompts her son in law to put Laura into a rehabilitation center.

In the background is her granddaughter Bailey who has been emotionally abandoned by her parents (and really by Jean as well since she doesn’t know her). Once Laura is admitted to rehab, Jean goes home.

A few days later, her son in law calls back and says that he’s going to bring Bailey to her because he can’t deal with her antics. Reluctantly, Jean agrees to take her in while Laura is in recovery.

Meanwhile, the book club is getting ready to discuss a hot new bestseller which none of the members like and Jean has to contend with Bailey’s outbursts and antics.

Unexpectedly, Laura leaves rehab and ends on Jean’s doorstep only to cause more havoc on Bailey. It’s messed up.

I’m sure you can imagine where the rest of the book goes and this really is a depressing novel.

Within the last 100 pages or so, things start to look a little brighter, but that lasts about ten pages and then it’s back to being depressive.

Scott is a great writer who can bring you into the story with no problem, but, I did find myself getting lost whenever she went into the past. It happens many times without warning.

Unfortunately, with all of the drama throughout this predictable story, I hope that future novels from Scott aren’t as predictable. 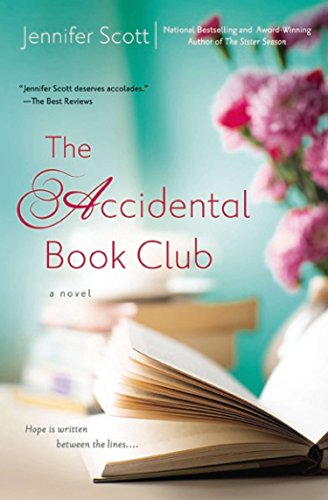