This book scared me to death.

Well, not really, because I thought it was an offshoot of the Museum Mysteries that I just finished and wasn't too fond of. But, it's a different author and series, so I was able to calm down a little bit.

As Truffled To Death begins, Michelle and Erica from Chocolates and Chapters (their combined book and chocolate shop) are hosting a new museum display on Mayan pottery. Erica's a little uneasy since she has to face her former mentor, Professor Addison Moody (who eventually is killed).

In the crimozy spirit, Erica becomes the number one suspect when his body is found.

As Michelle and Erica begin their own investigation as to who stabbed the professor, they begin to discover that he had harassed past students and some were mad enough to kill.

Although the wealthy River family (the town of West Riverdale is named for them) has donated some of their art to the museum, the girls stumble across a mystery regarding one of the deceased members of the family and they also need to keep their eyes on two attractive mystery Brazilian men who show up in town.

While this entry is good, I still feel as though something is missing. I was hoping to put my finger on what it could have been, but I still have no idea. I'm not sure if it's because there are a multitude of characters which are introduced in the first twenty five pages (like in the first installment) and this is what threw me off.

I didn't want to learn about these characters, even if they were briefly mentioned and never showed up again. Some of them didn't appear again until later and by that time, I had forgotten who they were.

It's still a good book to read, but like I said there's just something missing. It's not in the dialogue (which is good) and the character development is there, but if you are brave enough to figure out the missing link, let me know! 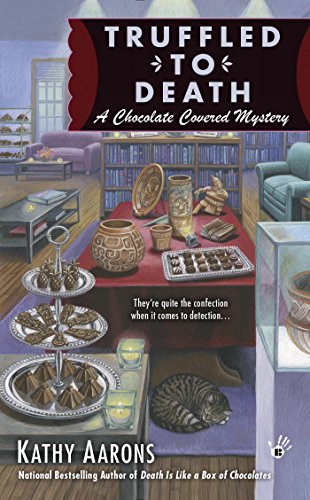