Most of us already know about Sherlock Holmes. For those who don't, I highly recommend that you continue reading through.

For most of us who are familiar with Sherlock Holmes, he is as real as a fictional character could ever be. For us fans, Sherlock Holmes is made out of blood and bones just like all of us. That is evidence enough for the masterpiece Sir Conan Doyle had created.

Who is Sherlock Holmes?

In the most basic sense, Sherlock Holmes is a detective. He does not work for anybody or any authority. He worked alone. In modern terms he was a freelance detective-or more of a consulting detective. But wait! He was no ordinary detective. He was far from any play-by-the-book detectives. In comparison to them Sherlock Holmes was leaps and bounds ahead of them. How? Let me tell you...

Sherlock Holmes has a special skill or a special brain in some sense. Now don't get disappointed. It;s not a super power. It's just an extension of a capability that all of us possess. This ability is the power of keen observation, analysis and perfect judgement. We all do have it, but not as much as we would like to have. Anyway Sherlock Holmes is able to make connections between causes and effects better than anyone else.

He is a tall, thin person with a nose shaped like the beak of an eagle. His eyes are deep and watchful and observant. He doesn't blabber, but he does have a way with words when necessary. He dressed like a gentleman with a big overcoat and a unique cap (as seen on the picture). He almost always had a pipe in him mouth , usually to help him concentrate and think on problems.

Holmes solves crimes with his gifted mind, but he does have immense strength and a natural talent for martial arts, be it with guns, swords, canes, chains and even a walking stick. He is active and lively-visiting the crime scenes, questioning people and gathering evidences. And he is always two steps ahead of the London Police.

Holmes sees things that an ordinary person would miss, not exactly miss but rather we don't pay any attention to them at all. But for Holmes small details provide the most valuable information. For an example a darkened skin patch under the thumb finger of person could derive that the person is a typist and the darkened patch caused by constant touch of the thumb finger on the typewriter. This method of analysis is known as 'Holmesian Deduction'. Yes, it is named after Holmes. This is a form of abductive reasoning. A person having a chalk patch on his coat elbow could mean that he is a professor or a teacher using a blackboard with chalk and the chalk patch has occurred due to resting the hand on the board when writing on the board. For more example read here.

Probably one of the most interesting dialogues that occurred could be as follows when Holmes visited to investigate a case of a theft.

Of course Holmes didn't operate alone. He had a best friend-probably the only friend, when all of the London underworld had sworn to kill Holmes for bringing most of their members to justice. Dr. Watson was the anchor that kept Holmes sane and healthy. Dr. Watson meets Holmes as a result of an apartment search. That is during the beginning of Holmes's career as an independent investigator and hadn't established any name for himself. Dr. Watson really didn't excel at his dental practice, not due to any lack of his talents, but for some other reason. The interesting fact is that Sir Arthur Conan Doyle too is a doctor who did not really succeed as a doctor and also fitted the description of Dr. Watson quite well. So most of us speculate Sir Doyle is in fact portrayed as Dr. Watson in the series. After some time in that apartment in Baker Street, London, Holmes invites Watson to join in one of his investigations. And so the journey begins. The stories are told by Dr. Watson, in his perspective. He begins composing stories out of the investigations he takes part in and with time he is in almost every investigation. Holmes isn't much of a fan of illustrious writing of Watson but doesn't object nonetheless. Later on we come across two stories narrated by Holmes himself.

Sherlock Holmes has one life goal. That is to bring Professor Moriarty to justice. Moriarty is a professor of Mathematics and is the criminal mastermind of London. As put by Holmes himself, he is the 'Napoleon of crime'. Moriarty is the apex of a complex web of the London underworld. If the underworld is the web, Moriarty is the spider-all strings are connected by him but he is nowhere to be connected to any of the strings. Anywhere a theft, crime, smuggle takes place, Moriarty is behind every one of it.

The truth in fact is that Professor Moriarty was given birth by Sir Doyle as a plot to kill Sherlock Holmes. So he features only in two latter stories of the series.

According to Sherlock Holmes, Moriarty is the biggest threat to peace in London. 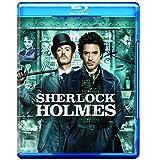 The book consisting of all the stories of Sherlock Holmes's adventures is available for purchase.

The book is named "The Complete Sherlock Holmes: All 4 Novels and 56 Short Stories" and is available in many formats and editions.

As mentioned, there are 56 short stories and 4 novels.

For the list of the 56 short stories visit: bookztore

Our rating for the book...

5 stars for The Complete Sherlock Holmes: All 4 Novels and 56 Short

"The Hound of The Baskervilles" (Full video)