The Making of Chinese Democracy : A James Bond 007 Parody - Part 11

The movie is almost over folks. But don't worry if you've missed it, you can go back to the start at this link.

The Making of Chinese Democracy : A James Bond 007 Parody -

The action of 2008 reaches a crescendo as the forces of the Anglo-Russo-American alliance close in on Axl of Evl (played by Ewan McGregor).

He is finally cornered in his hideout as James Bond superspy joins with the military to end the deadly Chinese Democracy operation.

They lie in wait in readiness for the orders to launch the attack. Luckily for the forces this takes place not in full public view as occurred in the Bahamas but instead on a secluded island in the South China Seas. No one would know of the extraordinary events until Weakyleaks exposed the intelligence cables in 2010.

The night-lights shone dimly around the steel and concrete structure of the building that constituted the industrial heartbeat of the island.

Secreted within the lush vegetation and rocky hilltops of Yow-Yippee lay the Record Plant of Axl of Evl.

Guarded by the most evil henchmen of Blofeld's SPECTRE who were on full alert.

Production was continuing apace and they knew the forces of civilisation, and Russia, had combined to thwart their evil, their truly evil goals.

What they did not realise, however, was that the forces of civilisation were merely yards away (or metres if you prefer) monitoring their every move. The MI6/SBS Assault Team had already surrounded the plant after a relaxing night-time sail through the Spratly Islands of the South China Seas.

Dark figures in the undergrowth, unbeknownst to the enemy, were absorbed effortlessly into the natural terrain. Fleeting, darting shadows had moved forward and scaled the walls. They positioned themselves on rooftops, in secluded defilades, in shrubbery and lay in wait around the many corners of this minacious citadel.

All were patiently awaiting the radio signal for permission to commence the initial assault. All was silent, all was tense and expectant, the gravity of their mission and the consequences of failure weighed heavily on their shoulders.

"I must say, you look really sexy in the black outfit" Bond whispered to Vulva,
"I do not zink zis is time to make with ze flirty" she hissed,
"Well, it's a big lads night out, you know" continued Bond, "Gets the testosterone flowing and the adrenal glands pumping, jolly exciting"
"And you're glands vill not be pumping" she replied as she picked two large berries from a bush and crushed them in her hands,
"Point well put" said Bond,

"Sssshh!" said the SBS Captain as he listened intently to his earpiece. He was Walter 'Watt' Willoughby-Wairing, the archetypal British officer, raised in the Home Counties, interfered with at Eton and a Cambridge Blue rowing champion still mingling with the lords and ladies at the Henley Regatta.

"Yes, sir!" he said into his microphone, he turned to look at Bond and Vulva and nodded,
It was action stations and he spoke quietly into his mouth-piece,

No sooner had these words been uttered when the well-oiled military machine sprung into deadly action with efficiency and haste.

SPECTRE thugs fell pole axed, others succumbed without a struggle to the stealth of the muffled footfall and the pitiless edge of the commando blade.

Everywhere, dark, silhouetted figures swarmed soundlessly, securing doors, guarding passages and stairs, and removing the enemy without fuss all over the plant.

Bond and Vulva teamed up and 'phht! phht!' took out two guards at the main door, lights were extinguished 'phht! phht!' and paintball guns blinded the surveillance cameras. For all his histrionics and fetish for gadgetry, 'Q' was not averse to the role of the more prosaic weaponry of modern conflict.

This was the crucial moment, the alarm was bound to be raised inside, but it would be too late, no-one would escape the iron-grip of the MI6 and SBS,

"Chaaarge!!!!!!!!", screamed their Commander exhorting the troops to storm the building.

"Aaaaaahhhhh!!" replied his men in a thunderous chorus as they descended on the target.

Bond could hear a bugle blowing and the discordant strains of 'The Yellow Rose of Texas' blasting from speakers on one of the helicopters.

"Chaaarge!!!!!!!!", Where's 'em goddam subversives?"
"Just up the stairs and first door on your right" said Bond helpfully, "You can't miss it"
"We ain't gonna miss nuthin' buddy, now get out the way!!" "Aaaaahhhhh!!!"
"Blow that freakin' door off" screamed a burly NCO,
"It's not locked" offered Bond from downstairs,

Came the sounds of chaos and destruction from the interior as the ear-splitting crash of explosions intermingled with automatic gun-fire as doors were shattered and windows obliterated by the impact of the blasts and bullets.

Outside in relative tranquillity, Captain Willoughby-Wairing was sitting against the external wall sketching a little 'Hydrangea Aspera' plant he had spotted whilst awaiting further orders. He was a keen horticulturalist and had won several prizes at the annual Dorset Garden Festivals back home in Poole. So he was always interested in the exotic fauna and flora that he encountered on his worldly travels.

Sergeant Toxteth was texting his brother-in-law in Cheadle to find out the final score from White Hart Lane.

Meanwhile, Bond got his face slapped.

After half-an-hour of mayhem, progress was slow and the objective still hadn't been reached.

He got his face slapped again.

"Bloody Iron Curtain never came down" he muttered under his breath.

But inside the battle still raged incessantly, a cacophony of explosions, crashes and whizzing bullets,

"Sir?" asked Toxteth,
"Yes Sergeant?" replied Willoughby-Wairing, with eyebrows knotted and the tip of his tongue protruding through his tight lips in intense concentration as he drew the contours of a variegated leaf pattern,

"Sir, I think we'd better go in, sounds like they're meeting heavy resistance"
"Damn!!" said Willoughby-Wairing, breaking the nib of his pencil. He radioed in the information.
"Very well then" he confirmed, "Let's go in and sort out this mess"
"Yes sir!" beamed Toxteth,
"And what was the score by the way?"
"3-1 to the Spurs"
"Aah! Good chap, that Harry Redknapp, fine officer material"

"What's the current state of play then, gentlemen?" asked Willoughby-Wairing, "Not taken all the wickets yet, Brickabacker?"

"Sitrep is we got two determined shitheads blocking the way to the Main Production Room" explained Brickabracker. "They're barricaded behind those reinforced doors making a last stand. A lot of our men are down and we can't flush 'em out, they're picking us off like beer cans on a Texan cattle fence"
"Well! Maybe time to throw a Googly then, Teddy old chap"

They produced a sophisticated contraption from a bag carried by one of the troopers. It was one of 'Q's' pet projects and the weapon had been field-tested in the Borneo jungle to great success.

Bond manoeuvred the joystick on the remote control and the large turtle slowly edged its way towards the barricade, proceedings had turned quiet during the stand-off.

"Couldn't you speed that thing up?" asked Brickabracker,
"Oh Yes!" a turtle that scurries along the bloody floor", said Bond dismissively, "That's realistic"
"You Americans are always in a dashed hurry" added Willoughby-Wairing, "Here Teddy, have a gander at my sketch book, see what you think"

From behind the steel doors two pairs of Oriental eyes peered through the hatch but a couple of shots caused them to duck back in. The sound of confused Chinese chattering emerged from behind and after a few seconds a single eye peeked out at the corner. More garrulous babbling emanated from behind the enemy line.

Then a rifle appeared, pointed straight at the deadly turtle-mine,
"Bugger" said Toxteth, "Hit the accelerator 007!"
The turtle scampered across at 30 miles an hour(or 48 kilometres if you prefer) and collided with the barricade. Bond immediately pressed the red button,

A huge hole appeared in the doorway and the bodies of the Chinese agents lay prostrate on the floor. The last bastion of Axl of Evl's eastern island stronghold was finally breached. The troops cautiously passed through and took up position inside the Production Area. In the middle stood the mainframe, the nerve centre of Evl's malevolent World enterprise and responsible for propagating his deadly covert weapon.

From behind a large desk two pairs of hands emerged from their cowering terror as two young Chinese men surrendered to the Allies.

"Who the hell are you?" asked Brickabracker,
"They make us do it, we had no choice, they kill us if we not do"
"Looks like they're the programmers" said Bond,
"Ver is Axl of Evl?" demanded Vulva,

Her question was dramatically answered,

KERRRAAANNNGGG!!!!! KERRRAAANNGGG!!!!! It was a perfect fifth and also a gut-wrenching, brain-crushing E5, followed by……..

The effect was instantly devastating, soldiers fell to the floor clutching at their heads, others were forced to retreat to the relative safety of outside, unable to withstand the onslaught. Vulva was transported back to the trauma of her incarceration in the Bahamas and froze with fear.

Bond looked up and on the gantry stood Axl of Evl.

He was brandishing a black, gleaming Fender Stratocaster and running through his repertoire of devilish power-chord tortures,

"Pull the plug on that bloody thing!" shouted Willoughby-Wairing,

But Axl of Evl hadn't reckoned on Bond's steely resolve, his imperviousness to pain and torture and his utter determination to accept the burden of the onerous demands of his duty. He also had a spare set of ear-plugs from his overnight flight to Hong Kong. They helped considerably although they were of cheap design and Bond still had to garner all his inner resources of strength to combat the oral blitzkrieg that bombarded his senses.

'Bang Bang!!!' Bond fired, narrowly missing his assailant as Axl of Evl ducked and ran up the stairs. Bond fired again 'Bang Bang!!!' this time striking Evl on the shoulder with one bullet and smashing his machine head with the other. Thus the sonic weapon of terror was rendered useless.

He had him, he had his prey, and he had him cornered, there was no escape this time.

Bond gingerly followed up the stairs and heard a door closing up ahead. He walked stealthily into an empty corridor and towards a door at the end. He approached warily then slowly and carefully opened it,

"Come on in James" beckoned the voice of Axl of Evl,"I sure been expecting you" 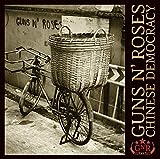