Chuck Fasst is a concerned author who has become enlightened to the nationwide spread of Narcissism in our world. These are dangerous times.

Even the most powerful on high can be pulled down

Those who have stuck with this account might find themselves somewhat curious at this point. What does this central character have to say? After all he is probably going to be around for a good long time over there on Death Row at the Oregon State Penitentiary. At this point, many years have gone by. The tide has come and gone thousands of times under that bridge in Yachats.

Christian Longo remains on Death Row, where he landed just after Michael Finkel's story ended. Thanks to our benevolent (but now disgraced) Governor Kitzhaber, Longo will be among the living for a long time to come. During his long tenure, the good Guv decided that no murderers in Oregon would be put to death on his watch.

At the time, the Governor could not have known that there appeared to be a Narcissist in his future. A female one might come along and get her hooks into him and before it was all done, he would be out of office and the both of them facing criminal charges. But then - that is another story.

Reach out and touch

Christian Longo's trail is a long and twisty one. it reaches out and touches many - in many different ways. There is no way the Longo trail could have somehow affected Governor Kitzhaber. Is there?

So, the Longo letters are not all that easy to read. I have inserted a few of them in the Chapters. As you can see, he writes in pencil with all block letters, using all of the paper that he can. These items can be in short supply where he lives. As I have mentioned, Longo has written profusely since he arrived where he is. I will get into that at a later time. These are his first writings directly after the time of the ending of the movie, True Story.

Much has happened since that time. Many twists and turns. But that is how things go in the world of the Narcissist. I have my work cut out for me - bringing it all up to the present day. But that is very tiring work, involving lots of aspirin. It remains to be seen if I am up to the task.

At the time Longo wrote this, he could have had no inkling that off in the future, there would be a Hollywood movie with him being portrayed by a big star - or could he?

Also, he may not have known that one day these writings would be brought back to life. These copies may be difficult to read so I will attempt to provide a summary beginning with Page 1 posted up in an earlier chapter. Readers may be curious for different reasons. My only reason is to make the world more familiar with the way a Narcissist thinks. I do not post these so young women can become completely infatuated with him and then go and start up a relationship with him. And believe me - these things have happened.

My last drive along the Oregon coast section of highway 101 between Newport and Lincoln City was in no way reminiscent of my first one which took place 19 months previous.

He goes on to mention the date of September 11th, which was a very significant date to our entire nation, seeing how, that was the 9 / 11 that happened in 2001.

In his case, that was the day that he was rolling into Newport with his family and feeling optimistic about starting a new life. He mentions setting up camp, literally and laying down roots to help them get back on their feet. We are led to believe that this was the beginning of his efforts to ... correct an errant course that I had personally led my family on.

Now he is all alone except for a couple of big corrections officers sitting in the front seat of the white, Ford LTD cruiser. He mentions there is another one behind me also with 2 big cops in it.

There is a ...half dozen, or so State Police vehicles.dotting our course to make sure that the caravan passes without problems.

Longo is a stickler for detail, not unusual for a narcissist. He states that, the drive which began in exactly 48 hours and 17 minutes after the judge sentenced me to death row in an Oregon penitentiary actually began surprisingly peacefully.

He mentions that sleep had not come easily since the sentencing. When the time came, he was awakened ... to sound of chains against concrete, as if a chain gang was traipsing by.
He goes on to say that he was the first one to be transferred to death row from this county (Lincoln County).

Note: it is interesting to note that he is saying that he intends to make amends for his criminal activity leading up to his arrival in Newport. But we know different. He continued with his criminal activities and deceptions throughout his time in Newport. He mentions his loss of sleep towards the end days of the trial and his trepidation concerning the sound of the chains approaching him. It would appear that his ordinary demeanor has finally been rattled. 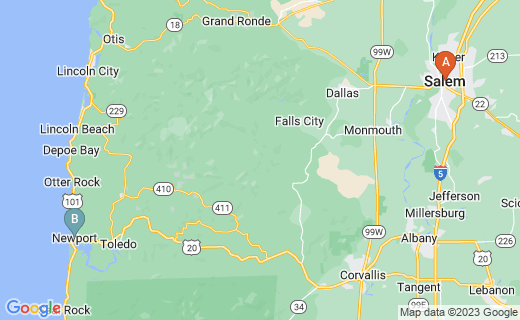 End of the line for Longo

B
Newport Oregon:
Newport, OR, USA

Page 2:
He is summoned from his cell and directed towards a set of extremely intimidating linebacker - types dressed ominously in black from neck to toe, wielding chains and a set of neon - bright clothes.

He goes on to mention the dozen staff members onlooking as he is walked out. He refers to them as spectators of this monumental event in the life of the Lincoln County Jail.

He describes the senior member of his defensive team as, looking amazingly similar to what I would picture as a prime candidate for the Polynesian varsity sumo wrestling team.

Longo continues to wax eloquent. He describes his entire defensive team as, huddled around me as if I were the quarterback. I was instructed to strip to my birth clothing, which drained any semblance of quarter back - like leadership sense, instantaneously.

The more than thorough, full body search that followed left me feeling as lowly as the assistant to the waterboy.

Here is his description of the search, run your fingers through your hair - back to front, flip each year, open your mouth, stick finger in mouth and wipe gum line tops and bottom, raise your arms over your head (to check pits). Raise your male member sack, raise your "stick", turn around, spread cheeks, cough twice.

He goes on to describe an electric orange jumpsuit and the shackling hand to foot with his two hands out in front of him facing in opposite directions. Then he does the walk on out of the jail house and takes note that none of the spectators react. No cheers and no jeers, just silence.

Longo goes on to describe driving out of the jail and onto the familiar road that he had traversed so many times before and passing by the library. He felt wistful about the times he had spent in the library. Of course we know that's where he wiled away the hours planning the crimes that he committed.

As he pulls away toward the main highwayhe spots two of the jurors being interviewed. That gives him a feeling in his stomach that he compares to car sickness. He goes on to say how that feeling was short lived, how he was soon distracted by the sights on highway 101 on a sunny day.... I admired the surreal colors filling in the coastal views. After being incarcerated in a gray square box, the colors seem surprisingly brilliant to him. He described it as a difference between looking at a negative and a slide, things which he would never do again.

He goes on to describe with great eloquence, all of the sights he sees as he proceeds along the coastline. He says that about halfway through the trip the realization dawned on him how that was the last he would ever see of these sights.

Depoe Bay used to be a favorite spot of his along the coastline for whale watching. He strained his eyes as they quickly drove through the small town but no sign of his beloved, breaching whales. The depression setting in deeper.

A year after his conviction, as I worked on this story, I found myself in this same town of Depoe Bay gazing out into the ocean like he had done. However, off in the distance, I saw a whale breach the surface. I grabbed my video cam and recorded the leaping whale while speaking to Longo. I was telling him that I was sitting there looking at what he had seen before but would never see again. Alas that recording has taken its place among the lost footage of Longo. The lost tapes of my Longo journey that will hopefully, some day resurface.

This is the book that really covers the Longos' journey across the United States. Very fascinating 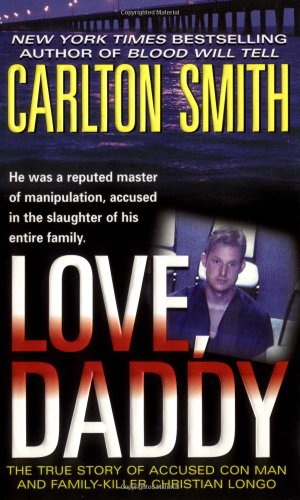 How does it feel to be a family murderer?