Cologne Cathedral and the Jewish song, "The Inspiration of Hope"

Once upon a time and long ago, I lived in Germany for a time and one of the most impressive of Catholic cathedrals in Germany is in the city of Cologne northwest of Frankfurt. It is one of Germany's most visited landmarks and is the seat of the Archbishop of Cologne. It is a UNESCO and World Heritage Sight.

The Cathedral in Cologne, Germany has quite an unusual history. Construction on the cathedral began in 1248, and construction continued until 1473. It remained uncompleted from 1473 until the late 19th century when construction was restarted and completed in 1880 to the original. That's a long time without a roof. What is most recognizable about this cathedral are the two large spires that raise up to the heavens through the Cologne sky. It was built in the Gothic style of architecture that was so popular in the medieval times when construction began and the architectural plans were based on the cathedral in Amiens, France.

The reason the cathedral was begun in Cologne was because in 1164, Rainald of Dassel, Archbishop of Cologne at the time, acquired the bones of the Three Wise Men that had been taken from a basilica in Milan, Italy by the Holy Roman Emperor, Frederick Barbarossa when Milan was sacked and conquered by others. Sacred bones had great religious significance to church goers at the time and would draw religious pilgrims from all over Europe and the rest of the Christian world. So a magnificent home and resting place had to be built for these bones of the Three Wise Men. So the Cathedral in Cologne, Germany was begun but abandoned in 1473.

By the middle of the 19th century, there was again a rebirth of neo-Gothic architecture and interest for all things from the Middle Ages. Also, around this time the original plans for the construction of the cathedral from 1248 had been lost and now found, so a committee was appointed in Cologne to complete the cathedral. Funds were raised in 1842 and work resumed on the cathedral following the original design of the now found medieval plans and drawings. Only Germany's best stonemasons were permitted to work on the cathedral. The nave was completed and the towers were added. The bells were installed in the 1870's. On August 14, 1880, the cathedral was opened to the general public and Germany's largest cathedral was celebrated as a national event. The Cathedral at Cologne was so important that the ceremonies were attended by Emperor Wilhelm I.

As I said earlier, the Cologne Cathedral has an unusual history. Part of that history is that a pair of Jewish tablets were embedded in an interior wall of the cathedral. The tablets are important because on them were carved the instructions worked out by Archbishop Englebert II (1262-67) under which the Jewish were permitted to reside in Cologne. They are still there in the cathedral and of course, the Jewish are permitted to live there today. They are also important to what happened approximately 700 years later.

During WWII, as you know, the allies were in a huge battle with Adolf Hitler over the persecution and "Final Solution" of the Jewish population of Europe. Because the cathedral was so recognizable, it suffered seventy-five hits by aerial bombs during the war. It had been so well constructed that it never collapsed and became an aerial landmark by the allied aircraft raiding deeper into Germany during the last years of war.

The basement also became the hiding place for Jewish families hiding out from Hitler. At the end of the war, fragments of a poem, believed to have been written by a Jewish child. were scrawled on the wall. Those words from the poem were taken and put to music, the melody coming from an old Russian folk tune, and was turned into the choral arrangement, "Inscription of Hope." The music and choral arrangement were done by composer Z. Randall Stroope. Below are the lyrics of the first stanza of the song, taken from the words inscribed on the wall of the Cologne Cathedral:

I believe in the sun

even when it is not shining

and I believe in love

even when there's no one there

and I believe in God

even when he is silent

I believe through any trial

there is always a way.

And it has been the honor of the Voices of Naples, the community choir I sing with here in Naples, to sing this song in our performances and concerts. We were especially honored when asked to sing this lovely song this past January when the Naples Holocaust Museum presented a Holocaust Remembrance Day for the community. 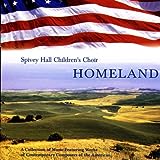 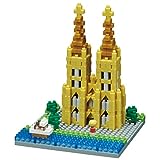