Comedy And Funny Stories: My Funny Story About Wildlife And An ADHD Child

ANOTHER FUNNY STORY ABOUT WILDLIFE AND MY ADHD SON

Family vacations can be an adventure. When you have a child who has ADHD, a child who is legally blind and a third child to boot, it definitely can get interesting.

One year, we decided to go to one of our favorite places and rent a cabin on the west side of San Juan Island where we could enjoy the scenery and watch for our beloved Orca whales.

Any time the Kirchner family came to town, it was an adventure to say the least. By the first night that we had arrived, Jonathan, who is my ADHD son, had already discovered a mother otter and her "litter" and created panic. He had trapped her in a tiny cave and was innocently going towards her when Bob discovered what he had done and luckily saved him. Jon was only about 10 at the time but had no fear of anything....and he adored animals of any kind.

Hence began Bob's litany of animal behavior and what not to do. For someone who survived 2 tours in Vietnam unscathed, Bob has a rather healthy attitude towards nature and situations in general where you can unwittingly get yourself into trouble. In an effort to try and impart to Jon some of his wisdom in this arena though, he might have gone a bit "overboard".

He began to warn all the kids against what we laughingly began to call "waging wildlife." In an effort to scare his fearless eldest son, he began to give him admonitions such as "You need to watch out for deer.....if you make them mad, they can slash you to death with their hooves."

"What are you doing flapping your arms like that outside the car? Didn't you see those eagles up in the trees? If you make them upset, they can swoop down and carry your sister right off!"

Last but not least..."You do not want to corner a rabbit....They have big teeth for a reason and if you make them mad, all they have to do is run at you and start biting."

WHEN WILDLIFE BECOMES THE SCENE FOR COMEDY

To say that our kids didn't believe him was putting it mildly. As the week went on, he became more and more full of advice.....there could be mountain lions, there could be all kinds of animals lurking in the bushes to tear them to shreds and they (meaning really Jon because our other two kids actually had some common sense about these things) needed to have a care about their safety.

Even our youngest, Katie began referring to the little bunnies that we saw as "waging wabbits"....evoking a laugh from all of us....except Bob. He was still convinced that we as a family were not taking wildlife seriously and that in an area full of same, it was only a matter of time before something attacked us...or more specifically Jon.

So on this background, after we all listened to days of "Jon, get off there....Jon, get back from the edge.....Jon, cut that out" we had hiked down the long road to the west side of the island to attempt to fish. Let me interject here that Kirchners do not fish well...it is another comedy relief moment. We had lost at least 2 poles and a heck of a lot of bait.

We ended up sitting on the rocks waiting to see the Orcas which also did not appear that particular day. Figuring it was about time to head up to the cabin and start dinner, since it was getting late in the day, I called the troops together and we started up.

Jon as usual ran ahead. He had gotten to the age where hard as we tried, we rarely could keep up with him so gave it up to "I'll catch up with him eventually".....in more ways than one. Bob was bringing up the rear with Katie and Pat. As I neared the top of the steep grade, panting a bit from the climb, I heard rustling in the brush....and then the unmistakable sound of a mountain lion....(because of course I've heard mountain lions up close and personal).

In my defense, it really sounded like a mountain lion....second of all the rustling did nothing to help me believe otherwise especially since I could hear the throaty growl in the bushes....and thirdly, let's just blame Bob for all his waging wildlife admonitions because it all came crashing down on my head.

And here's what is playing in my head at the speed of light:

"Oh my GAWD....I can't believe it....we made fun of him and he was right the entire time. There ARE mountain lions on this island and I've just had the good fortune to run into one.....Oh my GAWD."

While all this was running through my head, I have to admit that I was panic attacking big time. I'd never had a panic attack per se until this time but I began sucking in air faster than I could blink my eyes. I was sucking in huge gulps of air......"huff, huff, huff" in increasingly shorter bursts....and I just kept sucking air in. I can't say that I fainted because I was totally alert and conscious the entire time.

However, probably due to a lack of oxygen, I began grabbing at my chest convulsively, meanwhile still sucking more and more air in.....and before I knew it, I'd fallen backwards and slammed my head down on a rock! I think I just inhaled too much air!

I was still clutching my chest as my sternum rose and fell like a bellows and thinking I was definitely going to die any second when who should fly out of the bushes than NOT the mountain lion I had envisioned but my fearless ADHD child, Jonathan. He leapt through the air with all the grace of a mountain cat but I believe it was driven by fear.

He threw himself down atop my shaking body and just kept repeating over and over...."Oh my, oh my....mommy, I'm so sorry."

Relief is one thing.....realization is quite another. As much as I would have loved to have gotten up at this very moment and paddled his sorry rear end for scaring literally the living daylights out of me, I was completely incapacitated.

However, the second part of our "team" was just cresting the hill and of course Bob finds me sprawled on my back with Jon atop me now sobbing. Bob sprints the rest of the way to where I'm lying there useless and asks me if I'm okay while lifting Jon by the scruff of his neck and saying "What have you done to your mother?" Okay....how did he know this was Jon?

Of course, now that this is a totally frightening situation where my other two children think I've been struck down by god knows what (although I have a feeling they too had a sneaking suspicion it had to be their brother).....they both throw themselves on top of me while Bob is politely and discretely taking Jonathan aside to ask the burning question...."What the heck just happened?"

In Jon's defense, it was supposed to be funny. It was supposed to be just Jon being Jon so I pushed myself up with the most god awful headache I've had before or since...."Really, I'm fine....I just got a little carried away when I heard the sound."

Oops - bad thing to bring up again as Bob is turning on Jonathan ...."What sound? What in the heck is she talking about?"

After grilling Jon to within an inch of his life, I finally convinced Bob that the damage (literally) was done. I suggested we just go our merry way and consider this a lesson well learned. You should never jump out of the bushes pretending to be a mountain lion!

They helped me up and away we went to the cabin....where somehow I managed to make dinner and then get an ice bag on my aching head. Jonathan could not have been more attentive as he brought me water, more ice, etc.

I have a feeling that this little incident kinda scared him but then again.....he still went on to do more crazy things.

I admit in my own personal experience from this little episode though....I am not keen on passing by bushes or anything that could possibly hide a mountain lion. I can still hear Jon's interpretation of the mountain lion getting ready to pounce! 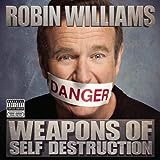