I love comic books. I read them whenever I get the chance, I own my own collection of single issue and trades, and there are times when I can’t get enough. Admittedly, the reason I got into comics was because of superheroes, mainly the X-Men, and most of what I read are superhero books. But, I know full well that some people just don’t like superheroes. The problem is that they then stay away from comic books all together.

Comic books are a medium, not a genre. Television is the medium, sitcoms are the genre. Just because you don’t like sitcoms doesn’t mean there’s nothing on television to watch. The same goes for comic books; while superhero books make up the majority of comics, due mainly to Marvel and DC, there are plenty of other genres to catch the skeptical reader’s attention. Since I love helping people find the right comic for them, I’m going to suggest a few non-superhero books to get them interested. 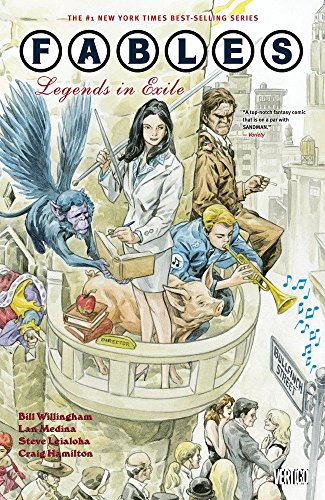 Fables takes our classic fairy tales and folk stories and puts them in the modern day world. Outcast from their homelands, the fables now live in a place called Fabletown and work at keeping a low profile from the regular folks. Finding out how each fable has adapted to the world and where they’ve been since their folk tales ended is half the fun in this series. It starts with the Big Bad Wolf being the town sheriff, Old King Cole is the mayor, and Prince Charming is a vagabond living from fling to fling.

This may sound like ABC’s Once Upon a Time, but this comic came long before the show and does the job better. The dialog is crisp, the characters are easily relatable, and the twist and turns can be terrible. There are moments of true sorrow as we realize what some characters have lost and there are times when it gets creepy as we realize how dark some fairy tales really are.

Y: The Last Man starts with the annihilation of every man on Earth, with the exception of our hero Yorick. Now, he’s traveling the globe, trying to find his fiancée in a world of women, all while being hunted by those who would study, mate with, or kill him. Throughout the story, Yorick meets up with some women who will help and protect him and his pet monkey.

This series is one of Brian K. Vaughan's best and is definitely an adult tale. As you can imagine, focusing on the last man alive leads to some sexual stuff, even if that’s not the point of the tale. This book is extremely political and shows how the world would change if those who put themselves in power suddenly disappeared. Yorick is a likable guy and there are some sad moments throughout the book, mainly because you feel close to him. 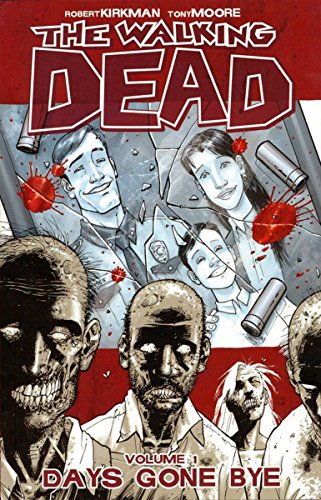 The Walking Dead by Robert Kirkman

At this point, very few people haven’t heard of The Walking Dead. AMC’s zombie-drama is a big audience grabber and has a huge following right now. Still, I’ve talked to those who love the show and they still have no interest in the comic book. It’s sad, because the book is easily better than the show, keeping the creepy zombie moments without the poor acting or the mundane writing.

The Walking Dead comic follows Rick and his family as the simply fight to survive. The series is one of the stories that takes place after the big zombie movie, where the credits end and the audience is left wondering, “What’s next?” This comic looks to answer that question. Kirkman’s writing is intense and always has you on the edge of your seat, sometimes too afraid to turn the page. His characters are well-rounded and that’s what makes it hard to read as they die. No one is safe in this comic, including the reader.

The Sandman by Neil Gaiman

I could write an entire article on the greatness of The Sandman. When I first read this series, I was sucked into Neil Gaiman’s world. The comic follows the story of Morpheus aka Dream. He’s an Endless, very old godlike beings who represent life. Dream interacts with those of our realm and his own, but no matter where he is, this series never loses its magic.

The Sandman is layered with lore; of stories we’ve told, we tell, or have forgotten. Morpheus influences Shakespeare, Lucifer, and Orpheus. There are some truly terrifying tales in this book, as Morpheus doesn’t just deal with dreams but nightmares as well. We see the very bottom of human nature, as well as the top, but it’s always darkest before the light in this series. Even Dream’s story is a tragic one, as he makes his own mistakes that will lead to problems down the road. His sister,

Death, is a scene stealer, but many of his siblings are fun to read, and Gaiman never wastes a supporting character. There’s nothing to critique with this series, it’s not only one of the greatest comic books, it’s one of the greatest stories ever told. 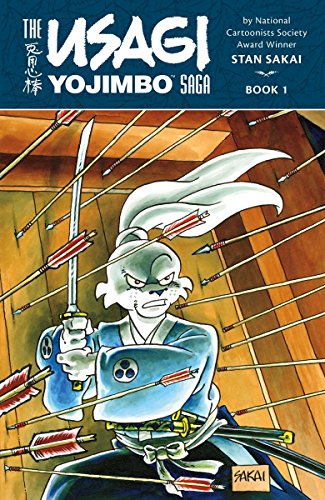 Usagi Yojimbo is a period drama set in a fantastical version of Japan. Usagi is a wandering ronin, who's also a rabbit. All the characters in this series are animals but not in a cute Disney way. A samurai is a lion because they have a noble heart, the character defines the design. Sakai's art is wonderful, simple when it needs to be and beautiful when it wants to be. Usagi Yojimbo is an Akira Kurosawa film put down of comic paper.

Throughout the series, Usagi meets friends and enemies, get drawn into wars and feuds, but he's always the same noble spirit looking for his next meal. There are sad moments, regarding his past, as well as those of his friends. All the characters in this book are fun to learn about, especially Usagi's friend Gen. While the drama gets intense, the humor is charming and will win over even the grumpiest of readers. Plus, the Ninja Turtles guest star sometime!

But those are just a few that I’ve read and am still reading. For those looking for more non-superhero books, the Vertigo line of publishing is a great place to start. Books like DMZ and 100 Bullets are easy to pick up, and comics like Swamp Thing and Hellblazer started the dark and supernatural storytelling that led to series like The Sandman and Fables. I didn’t even mention books like Sin City or American Splendor, or comics that blur the line between superheroes and contemporary stories like Powers and Ex Machina.

Also, I only suggested series, hoping to keep readers looking for a while. One shot graphic novels are everywhere and there are plenty of non-superhero stories to be found in them; Ghost World, Blankets, Persepolis, and V for Vendetta are wonderful stories told in single format stories. For those who don’t want capes and superpowers in their stories, there are plenty of choices in the world of comic books. I just hope you give them a try.