Could Syrio Forel, Jaqen H'ghar, and the Kindly Man be the Same Person?

Warning: I’ve tried to keep things in pretty general terms when it comes to these three characters, but there some things mentioned that may spoil you if you aren’t up to date with the Song of Ice and Fire series of books (since the show won’t have gotten as far as to introduce the Kindly Man). So, if you’re only watching the show, be aware that you are probably going to get at least somewhat spoiled.

There has been a theory running around for a while now concerning the characters Syrio Forel, Jaqen H’ghar, and the Kindly Man. In the theory, people speculate that the three of them may be the same person . . . or at least that Syrio and Jaqen might be the same. All three of them share at least one or two things in common, but how likely is it that they are the same person?

Syrio was from Braavos; he was a master fencer, and at one point he was the First Sword of Braavos. When we meet him in A Game of Thrones, he has been hired by Ned Stark to teach Arya to fence, and he has a habit of calling her “boy.” When she tells him that she is actually a girl, he says that it doesn’t make a difference whether she is a boy or a girl, because she is a sword and that is all. The last we see of him, he is fighting off soldiers who have come to capture Arya, and it is left unclear as to whether or not the soldiers have been able to kill him (or if he was able to get away from them).

Jaqen was an assassin whom Arya encounters during A Clash of Kings. He was a prisoner who had been taken from the “black cells,” and who was being escorted to the Wall so that he could be forced into becoming a brother of the Night’s Watch. After Arya saves him from being burned alive, he agrees to kill three people for her; and after he has fulfilled his debt to her, he gives her a coin and tells her that if she takes it to any man in Braavos (and says a certain phrase), she will be able to get help. Once this is done, he changes his appearance the way that only one of the Faceless Men would be able to, and he leaves her.

The Kindly Man was a priest of the Many-Faced God in the House of Black and White, which is located in Braavos, and he is also a Faceless Man. He takes Arya in after she shows him the coin that she got from Jaqen (and she says the phrase that he told her that she must), and he begins training her as an acolyte of the Many-Faced God. While she is there, he also begins training her as an assassin and (in A Dance With Dragons) gave Arya her first assignment as an assassin.

So, what do these three men really have in common? We know that at least two of them are Faceless Men, and that all three have ties to Arya and Braavos, but is that really enough to think that maybe there might be more that we aren’t seeing when it comes to the three of them? 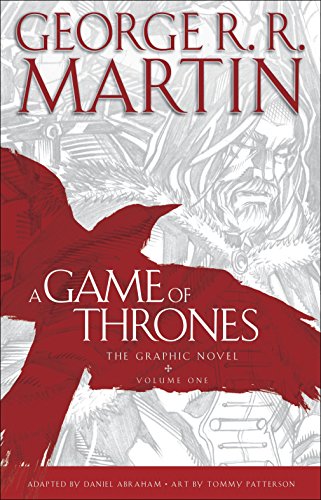 A Game of Thrones: The Graphic Novel: Volume One
Buy Now 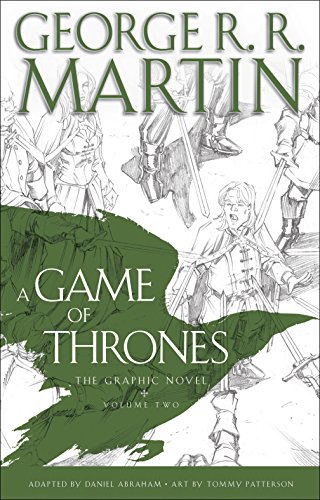 It seems kind of easy to look at these three characters and see connections because that’s what we want to see. Being the former First Sword of Braavos would certainly mean that Syrio would have been fierce in any fight that he was in, and the fact that we never actually saw him die (the most we get are the sounds of the fight that Arya hears as she is trying to escape), can certainly make someone think that he might have survived; after all, he wouldn’t have been able to become the First Sword if he wasn’t good at what he did, right? And it strikes me that some of his interactions with Arya could be read as something that a Faceless Man would do; continuing to call her “boy,” even after she has corrected him, might just be something that someone who had gotten training as one of the Faceless Men might do (since pronouns and gender identification might be seen as kind of pointless when you are able to change your appearance so completely). But that doesn’t necessarily mean anything and could be nothing more than someone trying to see something that they want to see.

When she encounters Jaqen, he seems to take a special interest in her (the kind that someone might exhibit if they were someone who had already met her, and who knew her at least a little bit), but that doesn’t necessarily mean that he really does know her. For all we know (at this point, since we still have at least two more books coming out), he may have seen her as an opportunity to free himself from the cage that he was in and from being forced to go to the Wall, but there may have been nothing more to it than that. The nature of his work would probably mean that he would need to be aware of his surroundings, as well as the people who were nearby, and he would need to be able to read them well enough to know who he might be able to use to accomplish his goals. The fact that Arya has already met someone who is from Braavos (and the fact that Jaqen is a Faceless Man would mean that he’s spent at least a little bit of time in Braavos) could be nothing more than a coincidence; the world isn’t so large in A Song of Ice and Fire that a person would never meet more than one person who was from any given area.

The Kindly Man is also thought to be the same person by some of those who think that Syrio and Jaqen are the same person, but this part of the theory doesn’t seem quite as likely. Yes, he is also from Braavos, and he is also a Faceless Man (the same as Jaqen), but that doesn’t mean that he is the same person. It is true that Jaqen gave Arya a coin and told her that she would be able to get help from anyone in Braavos, but that does not mean that she would necessarily have sought him out specifically if she ever went there; it also doesn’t necessarily mean that she would have gotten help from him directly if she ever decided that she wanted to use the coin. In the show on HBO, when Jaqen gives her the coin, there appears to be some set-up for her to meet him again later on, but that doesn't mean that he is the Kindly Man, nor does it mean that any help she might get from him specifically by using the coin would be anything so direct as taking her in and teaching her to be one of the Faceless Men. It seems more likely that the writers of "A Game of Thrones" realize that they are writing in a different formant than George R.R. Martin is, and they are possibly setting things up so that they can cut the Kindly Man out of the show entirely (and possibly have Arya eventually learn to be one of the Faceless Men from Jaqen himself).

What seems more likely (at least with the information that we’ve been given so far) is that these three people are just three people who have come into contact with Arya, and who were put in her path by the George R.R. Martin so that she might eventually be led to the temple of the Many-Faced God, and so that she may (one day) become one of the Faceless Men.

So, really, even though Martin has a tendency to enjoy having characters pretend that they are someone else (at least for a little while), it seems like the possibility of these three characters actually being the same person isn’t very likely. What seems to be happening is that people are seeing three characters that have been encountered by Arya, and who all have at least a slight connection to Braavos, and connections may be made that aren’t really there.