Writing creatively in the short story form requires grabbing the reader by their short hairs as quickly as possible. The creative writer must begin the short story as close to the action as can be reasonably reached. The story must begin very close to the story’s conclusion. Short stories aim to conserve characters and scenes and usually hold focus on only one conflict. Short stories are always driven toward a sudden and unexpected revelation.

Getting ideas takes writing practice and you can get that practice by exercising your writing skills. Creative writing prompts can provide the short story writer with that much needed practice and before you begin instilling these new skills learned here, I suggest practicing with writing prompts. You can find them all over the Internet and should choose to exercise your writer muscles daily.

I. How To Start: Navigational Tips

There you are, willing and ready to write the next story to hit the market. You have it all inside your head but with no know-how to get it onto paper. Here are some short story tips that will help to get your wheels in gear.

Your story can be as simple as your real life story. Maybe your high school volleyball team just won a huge victory when they had been on a never before seen losing streak. Maybe you walked further the other day than you had ever walked before and maybe that walk left you feeling as if you might die. Whatever you write, the story must be significant enough to have a reason for being told. Make that reason shine through in every story element.

Every writer needs strategies that work long-term. Here are some that have worked for other writers over the span of their careers.

Remembering that you are writing the short story and that short stories begin near their end, write a snappy opening line. We live in a fast world and so all writing should be fast to the draw.

‘John did not feel anything near what one might expect to feel while biting his teeth down for the first time on human flesh.’

* This is a very morbid example that might make a very good reason for a reader to read on. The unusual makes a great device to snag a reader’s need-to-know.

‘John had not expected when he woke up this morning that this would be his last day on Earth.’

* This can be a very misleading opening that is the epitome of the unexpected.

* This action can be misleading and will be something to keep the reader reading on.

‘She grabs his wrist as he pulls back to strike and the look her eyes screams NEVER AGAIN.’

Keep that up for the entire length of the first paragraph while remembering that the initial paragraph should also introduce a short story’s central conflict through the character and their inner conflict while debating their next course of action. The introduction offers an intriguing contrast between the past and the present and offers a choice of directions toward the future. Story is always a matter of possible directions and your main character comes into a short story more developed in their momentum toward a final choice. 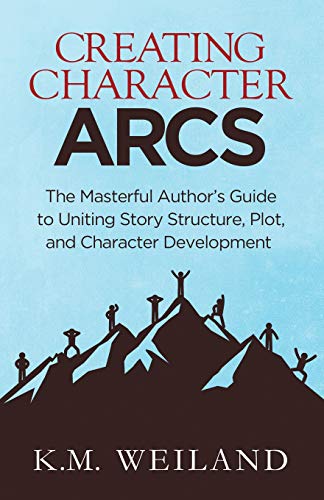 III. Your Characters Are Everything

In order to write story characters, the writer must be more familiar with the character’s past and attributes than the writing might actually present to the reader. Before beginning your story, here is a list of things that you should know the details about.

Knowing all of this is useful to the writer but will not be required knowledge for the reader. The most important things about your story characters fall within four general areas.

Thoughts. Getting right inside your character’s mind shows how they think. Inside the mind gives the reader a chance to know fears, memories and hopes and dreams.

Appearance. The reader gets a mental picture of the character you are writing about. A three-day growth of hair on the character’s face says something different than a clean-shaven face.

Speech. How does your character speak? A stutter reflects something deeper than someone who speaks crisp and at a raised volume.

Action. Don’t just list a whole lot of adjectives, show exactly who this character is by giving your action meaning to define the kind of person the character is.

IV. Decide on a Point of View

Narration of your story is told from a certain perspective. As a writer, you must decide who will tell your story and just how much information that perspective as. Your narrator can be attached to the action occurring within the story subjectively or be outside the action reporting it all objectively.

V. Dialogue Should Mean A Lot

Dialogue is what characters say to one another (or can be internal thoughts spoken within the mind) within your story.

Each change in speaker, the writer must grant a new paragraph in order to keep reader confusion levels as low as possible.

Dialogue labels are probably one of the most misused literary devices in story writing. The phrase “show don’t tell” explains everything that a new writer needs to comprehend about dialogue devices and story writing in general.

This example is just plain funny to seasoned writers. The overuse of adjectives in dialogue labels is very common to new writers who grew up reading such things commonly from their grammar school literature books. Use of such adjectives in adult literature is simply telling rather than showing.

How can a storywriter show John’s fear rather than simply state he said fearfully?

Inference to certain emotional states can be conveyed to the reader by inferring common way someone might say something in fear.

Usually ‘ly’ words have non-ly words that can replace them and overuse of these adjectives is always a bad thing.

Context tells most of what you need the reader to know. Beware of overusing adjective in dialogue and in all writing. Once the fear has been set up, everything that comes after within the scene, the reader already knows is done with fear or because of fear.

Dialogue labels should be used sparingly. Read over your dialogue and change it accordingly. A reader does not need to know every time a character speaks how the words came out. Once the tone is set, the reader will automatically intuit from the dialogue itself how the dialogue is being spoken.

VI. Let the Reader Know Where They Are

Setting is made up of four general areas where the plot is taking up residence.

Time. When is this happening? Time is past, future, and present and also morning, noon or night. It is also more precise but rarely would a storywriter need to tell the reader it is 4:27 a.m. on a Tuesday.

Location. Are you inside or outside or are you in a house or an apartment. Are you in outer space or on planet Krypton? Location matters.

Context. Is the glass half full or is it half empty? Setting context is a device use to set mood and descriptively written in order to build a frame that the reader will live within over the course of the story’s life. A 1800’s Victorian Mansion can be described in many different ways, but a horror story would require that certain things about it be pointed out. Context is the frame for the story you are writing.

Plot is how the short story writer sets up the situation at hand. Plot is every twist and every turn that navigates the reader toward a climax. Plot is what is happening, the action, the storyline itself. Plot always lands upon a resolution or final answer to every question posed within the story.

Have a thorough understand of the story elements (the writer’s tools) that character actions develop and the result of those actions will give you the tools to plot out your next short story.

Plot is just a matter of brainstorming ideas from the story’s central theme. You know what you are trying to say an so write it down and look over the possible reactions your characters might have to the problems at hand.

Conflict I the tension that gives your story a beginning. This tension comes from the opposition that a protagonist is forced to face whether that conflict is from internal or external forces. By retaining some equality in opposition within the conflicts, your tension is balance enough to keep a reader moving forward within your story.

There are several types of conflict as this list suggests:

Conflict is everything to a story. Conflict is what drives Bella toward a Werewolf or a Vampire. Without conflict there is no reason for your characters to be written about.

The climax is the turning point of the short story. It is the fastest pace and most exciting part of writing. It is the dramatic high point.

Successful writers say that the crisis is always presented as a scene and that it is the moment that the reader has been reading for all along. The climax is the reason why the reader has worked their mental leg muscles up hill with your character. Achieving the climax made all the twist and turns worth it and so your climax must be worthwhile and not flat and disappointing.

X. Make It All Work Out

The resolution to all conflict must leave the reader feeling satisfied. The resolution is the solution to your character’s problems. In the short story, a complete solution to every problem is very difficult to achieve for a writer and it is only necessary to show to the reader that the characters that have come to care about are changing in some way due to the story’s conflict and this resolution.

There you have it. The short story has been said to be much tougher to accomplish for a writer than longer forms of fiction. The short story requires just as much detail but is squashed down into few words. The writer must make use of every weapon in the writer’s arsenal to accomplish a complete story that is also satisfying and enjoyable to the reader. Doing this is few words require great attention to every detail.

Story writing is fun and rewarding and anyone taking up the hobby takes up a huge challenge. Maybe it is not for you but everyone has a few great stories to tell and it never hurts to try.

Good luck and I hope to be reading you very soon!