Hi, I own a little red Dachshund called Luke.
He is so funny, happy, and loving little boy, he means the world to me.
When my husband and I decided to spend some time in Spain, we of course took Luke with us from Florida.
We are all currently staying in a little Spanish village with time to reflect and get to know some of the locals including the group of English ex-pats and their families. It dawned on me how strange it must have been for some of the children to leave behind their friends.
This got my brain churning and thinking how Luke has just made this big trip and also left behind his two Dachshund best friends Dottie and Sara.
After an intense learning curve I wrote and self published, a book called

A true story written through the eyes of one lovable Dachshund called Luke.

Luke was happily living with his humans in Florida and enjoying his Dachshund friends Dotty and Sara. One day he noticed things were missing from his home and strange boxes were appearing.

This book follows Dachshund Luke from Florida, his first time on a plane and his experiences in a new country without his friends. A place where he does not understand what the other humans are saying and mules are a common form of transport. At first, he enjoys the new smells but after awhile he starts to feel lonely and misses his friends. When his humans bring home a new kitten he does not understand this new feeling of jealousy and starts to misbehave.

How does Dachshund Luke cope with a new kitten and his new surroundings?

Find out more in this wonderful book. Dachshund Luke Goes To Spain

I fully support the Dachshund Rescue groups and all the work they do in finding loving homes for Dachshunds. I spent a few wonderfully fulfilling years as a Dachshund foster parent for D.A.R.E. and would recommend it to anyone.

A portion of profits from this book goes to support

Hi its my turn

Hello everyone, this is Dachshund Luke.

Wow, I have my own blog and now a squidoo lens. That is enough to get my tail wagging.

I am a little red Dachshund with 3-inch legs, and weigh 9 lbs on a good day.

My name is Luke, also known as Bubba Lou and stop barking.

I am currently living in Spain with my humans and a cat called Kitty Kat. To my surprise, I found out that kittens grow bigger than me and have magic claws.

In Florida, I was a sausage dog however, in Spain, I am now a perro salchicha - I love perro, don't you think it sounds better than dog?

I love my humans and I know they love me because they cuddle and play with me every day. I love to make them laugh because it makes my tail waggle and wiggle.

I have recently taught my humans how to play hide-n-seek. I hide the ball in corners or under the sofa and they have to find it. I point to it with my nose. If they don't notice that I am playing then I bark, they don't like that as much. I am better at finding than my humans, that's because I am a hound dog.

Dachshund lovers thank you for looking at my book.

That is me on the cover!

Dachshund Luke used this very crate to fly from Florida to Spain.

The soft case he uses when we are traveling in a car but it can be used in the hold of a plane on internal flights.

The bed, he loves it and what Dachshund wouldn't love to snuggle.

Dachshund Luke has lots of information on his Dog toys and supplies that Dachshunds love lens,

including how to buy the correct crate for a Dachshund and the best bed. 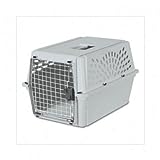 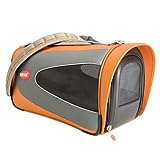 Dont forget you can preview Dachshund Luke goes to Spain.

Dachshund Rescue gets 100% of sales price from these Ebay items - Please support this great group - clicking on item takes you to ebay.

DARE Dachshund rescue is a non-profit no kill org.

All dogs in the pictures are available for adoption!

Hot dogs - Every one loves hotdogs

I adore my Dachshund but I love hot dogs.

Who can not look at a Dachshund and not think of a hot dog in a bun.

Hi feel free to sign my guest book and leave a comment or two, i can take it.

Dachshund Luke would love you to share this with your friends