Dear Zari: The Secret Lives of the Women of Afghanistan

Marie enjoys reading and sharing her knowledge on biographical and multicultural nonfiction. She is a Michigan State University alumnus.

I first became sensitive to the plight of women in the Middle East when I served as editor-writer to an Iranian dental intern in 2004, about the time when Ms. Kargar began her work with the British Broadcasting Corporation (BBC). The intern often needed counseling to lift her out of the depression and fear triggered by the ingrained sociopolitical views demonstrated by the men of her country here in America. She eventually became president of the Iranian-American Dental Association and opened her own dental practice.

Iran is not Afghanistan, but the underlying current of attitudes toward women in many cultures rank them as second citizens or property. Even in the United States today, many women still receive lower wages on the average in comparison to men performing the same functions in the workplace.

Where is the goddess within to be recognized as the glorious counterpart to God's male creation? Some of her lies hidden in the pages of this book.

Dear Zari: The Secret Lives of the Women of Afghanistan
If we are to live harmoniously in the world around us, we must have an understanding of others' cultures and conditions. For this reason, I recommend DEAR ZARI.
Buy Now

Zarghuna "Zari" Kargar grew up in Kabul, Afghanistan, a developed city where men and women co-worked in factories and major institutions. The city became under the rule of the Taliban shortly after Zari's family fled to Pakistan. Between the years 1996 and 2001, she became a freelance writer for BBC.

Zari lists her education at LinkedIn as Kabul and Peshawar. She has extensive experience in radio and television broadcasting. 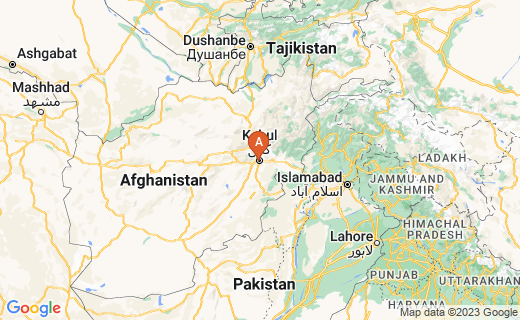 The book also has an epilogue and glossary of Anglicized Farsi terms used in the stories.

Favorite Words from the Glossary

BURQA The full-length robe worn by some Muslim women.

KHEENA PATCH A glittery, triangular cloth wrapped around the bride's hands in weddings.

KUNJED A sweet from the Balkh province.

SALMAIKUM "Peace be with you."

TANOOR refers to an oven.

There are six million Kuchis living in Afghanistan (out of a population of twenty-five million) and they are mainly Pashtun and Baloch nomads.

I felt helpless. I could do nothing to save this eleven-year-old girl. I asked the aunt how Pana was feeling and she replied, "This is how it is for a daughter of such an unfortunate mother. Pana's still a child and doesn't realize she will be going to this house forever, and once she's there she'll not enjoy the usual privileges of a bride because she's going there to settle a dispute. --Shareenjan's Story, p. 68

"Khala Shah Gul, is my baby all right? Do you know what's wrong with her? Why won't she wake up?"

Khala Shah Gul was completely untroubled. "My child, your baby is fine; she's just in a deep sleep. From what I can see, I think you've just given her a bit too much opium." --Samira's Story, p. 81

Aftermath of Taliban Rule in Afghanistan on Women

The following video parallels many of the stories in Dear Zari. Although life for women in Afghanistan has improved since the fall of the Taliban, traditional practices and attitudes influenced by them continues among the poor and uneducated.

The following video dated December 2012 contains occasional grammatical errors in the English subtitles. Please disregard these errors and learn about the seriousness of the subject presented.

The book is captivating with a conversational tone and an easy read. Considering myself skilled with my native American English, I only noticed one or two places in the entire book that felt awkward because of word order or semantics.

Upon reading, I gained a greater appreciation of being born in the United States. As a baby boomer from a rural area in the Midwest, I can relate to the trials of these women. Generally, girls in my hometown married soon after high school. I was an exception to the rule and agree with the theory that young women secure careers better if they attend an all-women's college. Frankly, my grades would always drop whenever I became engaged in the dating process. That's just the way it was for me.

Personally, of all the stories, I most closely related to Bakhtawara, the boy-girl, and Ghutama, the nomad who chose her own husband. I had grown up on a farm and had worked closely with my three brothers in the fields but felt a deep loss and confusion when my mother declared to my father that I could no longer work in the fields. She was concerned that I would look like a man if I continued such labor. We weren't nomads, but I remember at least one or two springs when we had to drive the young steers and heifers on foot from a pasture about three or four miles away to our main pasture at our home. I admire Ghutama's steadfastness in defying tradition and choosing her own husband. I never was so secure in my feelings relative to my parents and certainly didn't exhibit this Kuchi woman's courage.

I highly recommend this book to male and female readers to gain a better understanding of the culture in Afghanistan and to increase awareness of women's rights internationally.