Iago ~ (a competent soldier- he has all the time nurtured ill-will against Cassio).

Othello written in 1604-5- In Shakepeare's literary output, in the period 1604-1608 is the period of great tragedies: Othello, Macbeth, King Lear, Antony and Cleopatra, and Cariolanus. The other plays first produced during this period are: Measure for Measure, All is Well That Ends Well and Timon of Athens. Some scholars, however, believe that All's Well That Ends Well is an early play, perhaps Love's Labour's Won, mentioned by Francis Meres in his Palladis Tamia (1598). But in this writing, I write Defined Characters in William Shakepeare's Othello only.

The Minor Male and female Characters

Cassio ~ (a lieutenant, made by Othello).

Desdemonia ~ (a pure and innocent wife of Othello- she is a fair daughter for Brabantia who is a rich Senator of Venice).

Emilia ~ (the wife of Iago- a serving woman for Desdemonia),

The City of Venice 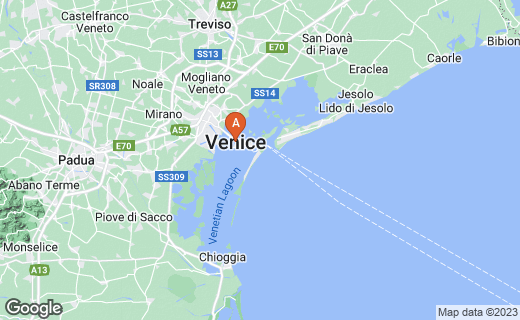 During centuries of feudalism and barbarism, Venice symbolised democracy and civilization. Source: http://www.italyguides.it/en/veneto/venice.

The setting of The Tragedy of Othello, The Moor of Venice seemed to locate in Vanice, a city of Italy.

Venice, capital of northern Italy’s Veneto region, is built on more than 100 small islands in a marshy lagoon in the Adriatic Sea. Its stone palaces seemingly rise out of the water. There are no cars or roadways, just canals and boats. The Grand Canal snakes through the city, which is filled with innumerable narrow, mazelike alleys and small squares.

He seems to bear a charmed life. He is brave, valiant. Othello is a noble, respectable, magnanimous, self-controlled and last but not least humble, poised and lacking in a arrogance. However he is also simple, guileless and trustful. When he first outlined his plot he declares in Act 1; Scene (iii), lines 393-94: 'The Moor is of a fine and open nature, That thinks men honest that but seem to be so...'

He is not observant or capable of probing into the minds of men. When once his suspicions are around, he must ascertain the truth without loss of time. He is even more emphatic in Act 11; Scene (i), lines 297-80: 'The Moor- howbeit that I endure him not- is of a constant, loving, noble nature...'

Iago always feels disappointed when Cassio's preferred. His absolute egoism is hurt and his monstrous intellectual force gets employed to teach Othello a lesson. Iago's conceit and self-love make him incapable of loving anyone except himself. He even does not love Desdemonia. Even earlier he has remaind unmoved upon Desdemonia's distress at the end of Act IV; Scene (ii).

Cassio is a truthful and loyal man. In Act 11, Cassio has been close to both Othello and Desdemonia, for he has acted as a go between in the love affair of the two, but he is not in control of himself when Iago entices Cassio to make rather to free with the bottle.

Desdemonia is simplicity personified. She cannot even imagine the existence of evil. Desdemonia is also unworldly, guileless and tactless. Her love also has an admixture of fear. 'And yet I fear you, for you are fatal then when your eyes roll so...'

Emilia is a big afraid of her husband. In the matter of the handkerchief, she lends herself stupidly, but innocently to Iago's purpose. A hidden facts of Emilia's character is revealed when she sees Desdemonia dead. She flames into a passion of indignant grief. When here loyalty to her husband, Iago clashes with her loyalty to her mistress, she is in no confusion whatsoever. She scorns to be silent. 'I peace? No, I will peak as liberal as the north,'

This play works through the development of Othello's jealousy into a animalistic madness which leads him to murder Desdemonia and then- when learning of his wrong murder- to commit suicide.

In Act 1~ when Brabantio cannot accept Othello as his son-in-law. He accuses The Moor of having seduced his fair daughter by spells of magic and witchcraft.

In Act 11~ Iago has all along nurtured ill-will against Cassio who has been made the lieutenant by Othello.

In act V~ when Othello is convinced of Cassio's and Desdemonia's innocence. He, in extrem repentence, stabs himself.