"A born-and-bred California gal, I grew up in a little community called (hold onto your hat, now) Weedpatch! Nope, that's not a typo. It's a few miles southeast of Bakersfield, and in the ... well, I won't say how many years since I left there ... Weedpatch has even found its way onto a map or two."

That's how Delia Latham introduces herself on her website. It could be argued that Ms. Latham has grown as much in the time since she left her little hometown as the community itself has. Indeed, she's put her own name on a map or two, particularly in the field of Christian fiction.

Ms. Latham has graciously agreed to an interview, and allowed me to post it here at HubPages. I hope you enjoy reading more about her thoughts, and that you will look for her novels as well.

SB: How did you get your start writing?

DL: My first published novel was a result of the 2005 Nanowrimo (National Novel Writing Month) event. I managed my goal of 50,000 words...just barely! After several rounds of edits and surprisingly few actual rewrites, the book released in 2006. The interesting thing is that I joined the Nanowrimo event in desperation, when I couldn't seem to make the novel I'd been working on for some time come together. I happened across information about Nanowrimo, and decided maybe a break from my work-in-progress might be a good thing. It was! When I came back to it, God gave me the release and the "go-ahead" to finish Goldeneyes. I must have needed to learn something through that little detour...hmmm. I sure hope I did!


SB: What made you decide to pursue the writing of Christian novels instead of something more "mainstream"?

DL: I've always known that any talent I have is a gift from God. It seems only right to use it to honor and glorify Him. Also, I grew up on the "sweet" Christian romances of Grace Livingston Hill, and I often see little hints of her influence in my work.

SB: When you write your earliest draft of a new story, do you usually rely on pen and paper, or on keyboard and mouse? If the first, what color ink do you prefer? If the second, what font and formatting?

DL: Interesting question! I always start out using keyboard and mouse, and I usually use Palatino Linotype, 11 pt., because that's what my publisher uses in the final draft. However...if I get stuck while I'm writing, and simply can't get the story moving, I pick up pen and paper, and the switch of venue often breaks the mental chains. Maybe it's because I use purple ink!

The Solomon's Gate Series on Amazon 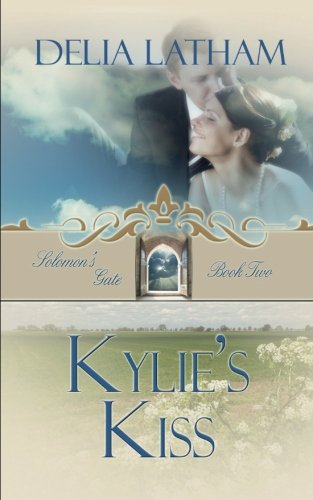 SB: If writing romances was for some reason outlawed altogether, would you:
a. start writing novels in another genre.
b. stop writing fiction altogether?
c. find your name and face on the Most Wanted list?

DL: Option A wins...because I can't not write, but neither do I have any desire whatsoever to go to jail!

I'd probably still write romance in secret, and hope the day would come when I could publish it again.

SB: What was the very first piece you ever had published? Is it still available (either in print or ebook) today? If so, where should readers look for it?

DL: I was a Staff Writer for a large daily newspaper for several years, so the first "piece" I had published is probably not available. I also had a couple pieces of poetry and a short "as told to" story published years before I started writing fiction, but the Canadian magazine that printed them is no longer operational. My first novel, however, is still in print - through a different publisher and with a new title: Yesterday's Promise.It was re-released through White Rose Publishing in 2010.

SB: Who have been some of the biggest influence on your writing life?

DL: As mentioned above, I see shades of Grace Livingston Hill in my work. But I also give a lot of credit to my childhood pastor's wife (who was also my aunt by marriage, since my pastor was also my uncle. Confused yet?) Rita Mae Dawson always believed I had a novel in me, even when I first started trying to write short fictional stories. She'd look at them and slather on the praise, even though, when I pull them out now and read them, I cringe. I was completely untrained, had absolutely zero knowledge of writing mechanics, and was sadly undisciplined. But she saw through all that to the underlying talent, and she made me believe I could do it. So I did.

SB: How has the phenomenal growth of the electronic publishing industry affected your writing career? Has it changed the way you approach writing?

DL: I don't think it's changed my writing style in the least...other than that I'm more open to writing short novels, in addition to the full-length ones I love to read - and write. I'm grateful to have an additional medium to showcase my work.

SB: Which of these is most important to you as a writer (please rank in order of importance):

a. to write fiction that will still be read 100 years from now
b. to find satisfaction in the process of writing
c. to make your family members and friends proud
d. to put a smile on the face of your readers
e. to amass fame and fortune off of your writing

DL: I have to add one, because it is the most important thing to me as a writer, and that is: To write words and stories that glorify God, and that uplift and encourage my readers.

After that, importance would rank (approximately) in this order:

OK...I have to be perfectly open about this. Of course I'd love to actually make a name for myself in the industry, and to make a little money doing it. But I can say with absolute honesty that this is far from the most important thing to me. And it's a good thing, because I'd be sadly disappointed.

SB: Do you write in other genres besides Christian romance novels? If so, tell us more about it. If not, would you consider branching out to other genres in the future, and which would be most likely to entice you?

DL: I don't write outside the Christian market right now, but I've learned to never say "never." I enjoy books with a touch of the supernatural, so I might be tempted at some point to write something with a bit of an otherworldly flavor. Yeah, that would be fun!

SB: What is one thing you think your readers should know about you, and that you've been waiting for me to ask?

DL: You've done a great job of coming up with interesting and original questions. I can't say I've been waiting for you to ask anything, other than perhaps...Where in the world can our readers rush right out and find your books? The answer is that they're available through most online booksellers, including Amazon, Barnes and Noble, and Christian Books. Some sites are a little slower getting them up than others, so if you don't see the one you're looking for right now, and you're really loyal to one site or the other, just give it a few days. They do show up.

Also, if readers wish to contact me, or follow what I'm up to, I'm not hard to find. The following links all provide ways to get in touch - and I love hearing from my readers!

I also want to say THANK YOU for the interview! I enjoyed chatting with you.

SB: Would you care to give readers a sneak peek at what's coming next from Delia Latham?

DL: Well, what's coming next is a year or so down the road...I think. But I'm very excited about my most recent novel, which released March 16.

Gypsy's Game is Book Three in my Solomon's Gate Series, which is based around a Christian dating agency called...Solomon's Gate. (Imagine that!) In the first book of the series (Destiny's Dream), Destiny May opens the agency in a very conservative, mid-sized California mountain town, and manages to find her own true love along the way - she actually meets him at her mother's funeral...it's laughter in the midst of tears. Book Two (Kylie's Kiss) brings Kylie Matthews to Solomon's Gate, where she seeks the kiss that will change her world. Even if she finds it, she'll have to overcome a lifetime phobia to make things work with Rick Dale, the very hunky hero. Book Three (Gypsy's Game) is Gypsy Lovell's story. Here's a little about this one:

Gypsy Lovell stands to inherit an enormous amount of money from a father who never gave her anything but a ridiculous name. Even now, he doesn’t make it easy. A stipulation in the man’s will demands that Gypsy be married in order to claim what is hers.

Desperate for the monetary windfall that could save her ailing mother’s life, Gypsy visits a Christian dating agency, hoping to find a temporary husband - someone easy to handle for the required six months, and easy to get rid of when she no longer needs him.

Jal Garridan is neither of those things, but he's willing to take on the challenge presented by the beautiful stranger—on his own terms.

What Gypsy doesn’t know is that Solomon’s Gate is a dating agency with a Divine connection. What she finds there may save more than her mother’s life. It may save Gypsy’s soul.

While you're making your way through Solomon's Gate, I hope you'll look forward to the Valentine's Day anthology coming in 2013 from White Rose Publishing. Four stories...four authors...one wonderful Texas apartment complex (Heart's Haven) that seems to be a favorite hangout for angels, and has a reputation for making love happen whether folks want it to or not. My own story in that collection, Jewels for the Kingdom, introduces Christy Borelli - a willowy Italian beauty with a past she isn't proud of. David Myers, the hero, is her new assistant pastor, her landlord's nephew, and her new neighbor. One look into his dual-colored eyes (one's blue, the other green), and Christy's heart is in serious trouble. No minister wants a woman who's done the things she's done...does he?

You can find reviews of Delia Latham's novels at the Christian Fiction Shop, along with links to buy her works.

Be watching for more interviews with Christian writers in the near future.

And a big thanks to Ms. Latham for agreeing to share her time and her thoughts with readers here.