Traditional Grammar and its Limitations

Traditional type grammars began long ago in classical times. Traditional grammars were prescriptive; they were written on the basis of Latin grammars, using the same technology and, when possible, the same analysis. They laid down the rules of how the language should be used. However, from as early as the first century B.C. there have been philosophers who have proposed a more liberal approach to grammar.

Varro: The brilliant scholar, Marcus Terentius Varro, a prolific Roman writer on the liberal arts, farmer, commander of one of Pompey's armies, and overseer of the public library in Rome, was among the first to propose this more liberal approach.

Priestly: Joseph Priestly was a British theologian and chemist. After founding a school in Cheshire, he was appalled to discover the poor quality of the English Grammar books available for the pupils there. In particular, he criticised the traditional use of Latin terminology, seeing it as awkward and unsuitable for the English language. He undertook a scientific and objective examination of English grammar, pointing out the ways in which it differed from that of Latin. In 1761, he wrote and published his own descriptive approach to grammar in his book, The Rudiments of English Grammar. 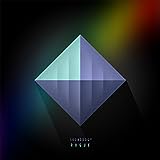 Language: An Introduction to the Study of Speech
Buy Now

Descriptive Grammar and Language Use

Descriptive grammar had the advantage that it observed the actual way in which language is used. This approach to grammar does not teach specific rules but instead provides an explicit description of a speaker's basic linguistic knowledge; it describes the rules of cognitive grammar that are already known to every native speaker of the language.

Although the method surveys the different levels of language: written, spoken, standard, substandard, formal and colloquial, Descriptivists maintain that the proper object of linguistic study remains the actual language that is spoken.

There have been several well-known writers and supporters of descriptive grammar methods, mostly in the nineteenth and twentieth centuries, and their work has been widely acclaimed.

Franz Boas: In the USA, Boas is known as the 'Father of American Anthropology.' In his writing he stressed the importance of detailed description of the phonology of the language being studied and its grammatical form. However, it was said that his attempts to describe Indian languages were hindered by his tendency to represent their grammars in a form analogous to that of European grammars.

Edward Sapir: Born in Germany, Sapir emigrated with his parents to the US. An an anthropologist and linguist, he examined the ways in which language and culture influence each other. Sapir, influenced by Boas, was also interested in deductive theories, focussing on psychological explanation rather than on conventional grammatical processes, he was especially interested in the area of basic categories, including the ordering of words in all languages. He developed the concept of the phoneme, the smallest unit of sound that distinguishes between two words in the same language, e.g. in English, bat and pat.

Charles F. Hockett: US linguist Hockett was influential in linguistics and linguistic anthropology. He used item and process grammars that had earlier been employed by both Boas and Sapir. He was critical of some of Chomsky's theories.

Noam Chomsky: US linguist and cognitive scientist, Chomsky was known as the 'Father of Modern Linguistics.' Building on the work of Zellig Harris, he proposed links between linguistics and human psychology and was probably the first to provide detailed arguments linking the nature of language to the nature of the mind. Chomsky agreed with Boas' descriptivist view that phonology and syntax should be described as purely formal systems without reference to semantics.

Ferdinand de Saussure: Perhaps the best-known in this field was the nineteenth century Swiss, de Saussure. He was influential in separating diachronic and synchronic studies and in delineating appropriate objects and goals of linguistics. He laid the foundations for descriptive linguistics and the fundamentals he introduced remain the basis of many approaches to understanding the phenomenon of language.

The Contribution of the Descriptivists

The descriptivists clarified distinctions and definitions in relation to the systematic nature of language. They held that language is a system of conventions and signs that are related to the individual variations of the speech of each speaker of the particular language.

These conventions also relate to what is stored in the minds of all the members of a particular community and it is this which allows members of that community to communicate.