Disappearing Poets: Into the Woods With Lew Welch

Lew Welch met Gary Snyder and Phillip Whalen at Reed College in the late 1950s. The three would gather and share poetry and talk poetry while they worked on their graduate coursework. Lew worked on his thesis on Gertrude Stein, which he published and which received praise by William Carlos Williams. He suffered a nervous breakdown before he finished his degree and moved to San Francisco to drive Taxi.

He used the experience of being a Taxi driver to finish a few collections of his poetry including "Trip Trap" published in 1973.

Lew continued to battle with his poetry. He wanted to use his poetry as a profession and he wanted to claim himself as a working poet in America. Poetry, though important in it's own way, never really paid off for Lew and this caused him great anguish.

on August 16th 1971 Lew Welch dissappeared with this 30-30 rifle into the Sierra Mountain range outside of Lawrence Ferlinghetti's cabin in Nevada City, California.

Sometimes when I am hiking in the Sierra's I daydream about a chance encounter with Lew where we would sit under a few pine trees eat some food and talk about poetry.

The Function of the Poem

me into the woods,

with me deep into terrain,

a shelter of twigs,

deer into my sights

Let this poem be

a reason to survive,

let this poem be

let this poem be

what it was meant to be,

let me be alone

to start my fire

to warm my hands.

than existence has set aside,

let this poem be.

Let each line be a breath

an exhale and an inhale

as I walk deeper into myself.

Let this poem be.

Let me be this poem.

why I write you,

I can use you,

you think you are

Let this poem be. 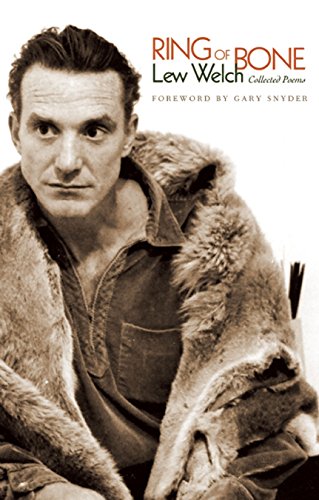