In 1897 Bram Stoker wrote and published his now famous work, Dracula. While many contemporary readers at that time viewed the novel simply as “thrill-producing, entertainment” (Auerbach-363), Dracula nevertheless contains many important themes dealing with western fears of eastern immigration, as well as a critique on the changing roles of females. While these important themes, the fear of eastern immigration and changing female spheres (i.e. the “new woman”) are often dissected and viewed separately from each other, perhaps doing so is not ideal. Near the beginning of the novel, these two themes are seemingly spawned together with the introduction of the so-called “brides” of Dracula. By analyzing these “brides” in their introduction, as well as their other appearances, one can see that Stoker’s ideas on the fears of eastern immigration and the new woman are intertwined, and should be viewed as such. And in juxtaposing these “brides” with western women found later in the novel (Mina Harker and Lucy Westenra), it can be said that Stoker views Victorian women as already withholding radical traits of the new woman, and that eastern immigration simply brings these traits to the forefront in the form of the “new woman.”

In beginning an analysis of the connected nature of the themes of eastern immigration and the changing role of women, it must be adequately illustrated that the brides themselves symbolize the east, (and to be discussed later, the “new woman”). After travelling throughout Dracula’s castle in the beginning of the novel, Jonathan Harker encounters three vampire women. Perhaps more than anything, Jonathan’s physical description of the women here is key. “Two [of the ‘brides’] were dark, and had high aquiline noses, like the Count [emphasis added] (Stoker-42). Thus, two of the three brides contain physical traits linking them to the embodiment of the novel’s eastern most evil - Dracula himself. In continuing his description, Jonathan writes that the first two brides have “great dark, piercing eyes, that seemed to be almost red…” (42). This description of the brides’ piercing eyes is paramount in viewing the brides as quintessential evil easterners. For as Jonathan was travelling to Dracula’s castle, many local peoples pointed two fingers in his direction, a sign Jonathan later found to be a protection against the “evil eye” (14) of eastern lore. Thus, in their first appearance, two of the three brides are connected physically to eastern evil through their physical connection to Dracula as well as eastern superstitions. But what can be said of the third bride?

Quite dissimilar from the first two brides, Jonathan’s description of the third bride is extremely important in connecting fears of immigration to fears of the “new woman.” Jonathan describes the third bride as “fair, as fair as can be, with great wavy masses of golden hair and eyes like pale sapphires” (42). Thus, one can ask, why is this bride seemingly so physically different from the other brides, and what does this mean? Ultimately, when juxtaposing the physical description of this bride with that of Lucy, the main female character that transforms from virtuous female to that of the likes of the brides, it can be said that Stoker is exhibiting the connection between the “new woman” and eastern immigration.

In one vital description of Lucy just before her transition from virtuous western female to a forward, sexual creature (caused by the most evil eastern immigrant), Lucy’s description bears significant resemblance to that of the third bride. As Dr. Seward writes, Lucy’s hair lay in “sunny ripples,” (146) - a similar description to the third bride’s wavy golden hair. And, like the brides, Stoker, through Seward, makes significant mention of Lucy’s eyes. “…and she [Lucy] looked her best, with all the soft lines matching the angelic beauty of her eyes” (146). Thus, through physical descriptions, Stoker links the idea that the third bride, with a fair appearance and looks dissimilar to that of the eastern brides, is not physically different from the Victorian woman. In this way, Stoker links the forward and sexual brides with that of Lucy, well before her transformation. This connection is also confirmed in Jonathan’s introduction of the brides, as well as Van Helsing’s memorandum.

When first meeting the brides in Dracula’s castle, Jonathan makes mention of a peculiar familiarity with the third, more fair bride. “I seemed somehow to know her face, and to know it in connection with some dreamy fear, but I could not recollect at the moment how or where” (42). Thus, it can be interpreted that the physical characteristics of the third bride reminds Jonathan of the fair-haired, virtuous Victorian woman found in the west, a woman not dissimilar to Lucy or even Mina. And, near the end of the novel, when Van Helsing is on the verge of slaying the brides, he is unable to heartlessly slay the fair bride. “She was so fair to look on, so radiantly beautiful, so exquisitely voluptuous, that the very instinct of man in me, which calls some of my sex to love and to protect one of hers, made my head whirl with new emotion” (320). Van Helsing, in recognizing the western-like physical characteristics of the fair bride, cannot simply dispatch the bride as he did the dark haired ones (320). In the end, Stoker has made the connection, at least physically, between the Victorian women and perhaps the most forward, radical bride. But what can be said of the non-physical connections between Victorian women found in the novel and the brides?

In their first appearance in the novel, Jonathan describes the brides as ferocious, hungry like animals. As the fair bride approaches Jonathan, she “licked her lips like an animal” (42). While this could certainly be interpreted as overt female sexuality, it also connects to a statement made by the western female, Lucy. In an early interaction between Mina and Lucy over lunch, Lucy proclaims, “I believe we should have shocked the ‘New Woman’ with our appetites [emphasis added]” (86). Whether this appetite is symbolic of sexual forwardness or not is not the key; the connection between Mina, Lucy, and the brides, however, is. Ultimately Stoker is showing the reader that both Lucy and Mina withhold a profound appetite that would shock even the most liberal woman of the day, even before coming into contact with eastern immigrants. But what occurs when one of these pious women (who contain trace amounts of the new woman) come into contact with eastern immigrants? The answer is amplification.

Again, in his encounter with the brides, Jonathan writes of the fair bride wanting not only a kiss, but for all the brides to partake in a shared kissing. “He is young and strong; there are kisses for us all” screamed the fair bride (42). Like the similarities in physical descriptions of Lucy and the brides, and the mentioning of a strong appetite between both, the idea of a shared relationship is also mirrored. Long before coming into contact with Dracula, Lucy longs for a relationship of multiple partners. “Why can’t they let a girl marry three men, or as many as want her…” asks Lucy. “But this is heresy, and I must not say it” (60). Thus, like the brides, Lucy longs for a relationship not simply divided between a man and a woman. And once Lucy does come into contact with an eastern immigrant, she falls from grace, being able to take any partner she so chooses. Thus, coming into contact with an easterner simply unleashes that which is already there – the traits of the “new woman.”

In the end, the brides of Dracula bring together themes of the fear which eastern immigration brings, and the sexual forwardness of the “new woman.” But, as has been shown, eastern immigration does not simply well up sexual forwardness in Victorian woman; it simply unleashes it. Mina and Lucy both exhibit traits of the brides: similar physical looks, appetite, and a longing for shared companionship. When the brides plead with Mina in the end of the novel to “Come, sister. Come to us. Come! Come!” (317), it is not simply a plea to become a bride or minion of Dracula, but to let the radical woman within Mina free. And perhaps too this is why the fair bride is the most sexual and most powerful of the brides, simply for the fact that she is not of eastern origins. Is it a coincidence that the fair bride is the only woman to speak out against the most powerful male character in the novel? (48) No, because for Stoker, the fair bride symbolizes the Victorian woman which has been touched by eastern immigration and transformed, ultimately, into the “new woman.”

Thus, therein lies an important message of the novel – that eastern immigration simply unleashes radicalism in Victorian women. In this way, the book is not simply an adventure or horror story, but a warning to those readers who fear a crack in the Victorian foundation. 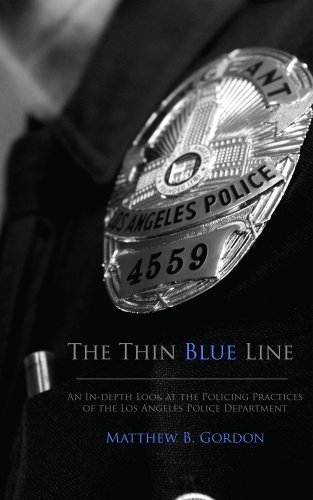