Edgar Allan Poe: The Death of a Beautiful Woman

Poe said it best when he commented that the death of a beautiful woman was the most moving topic to write about. It allows readers to experience this epic beauty in just a brief moment; even though Poe wasn’t a big fan of epics he is able to capture something of epic quality in a second. When going over 2 of his poems that were written to a beloved or in honor of a beloved, “Annabel Lee” and “For Annie”, I noticed that there was a strong connection to the poem Jo writes about Beth in Little Women.

The first likeness threading these poems together would be the melancholy tone that floats within the stanzas. In lines 1-8 of “My Beth” the readers get a sense of this depressed feeling:

Sitting patient in the shadow

Till the blessed light shall come,

A serene and saintly presence

Earthly joys, and hopes, and sorrows,

Of the deep and solemn river

Where her willing feet now stand.

In this stanza Jo is describing the feeling that consumes the house as Beth is nearing death. The beginning starts out with this vision of holiness and purity in that Beth takes on this divine image that lingers in the home. The melancholy tone doesn't shine through until the last 4 lines when Beth is simply giving up and patiently waiting as death comes for her. It reminds me of the image in lines 39-43 of “For Annie” where we have this “lullaby sound” mixing with the image of a coffin: “Of a water that flows, / With a lullaby sound, / From a spring but a very few / Feet underground”. Like in Jo’s poem, here Poe is creating something that should be terrifying and transforming it into something serene and soothing. The water trickling like a lullaby isn't something one would run away from, but would rest by and the image of Beth awaiting to be taken by the waters edge, mirrors Poe in that they both use the idea that a stream or river is like the passage way into the land of the dead.

The next similarity I uncovered was in the way each pays homage to their beautifully departed loved ones. In lines 21-23 of “Annabel Lee” Poe honors his relationship with his beloved by arguing that the angels took her because they envied their love: “The angels, not half so happy in heaven, / Went envying her and me— /Yes!—that was the reason”. Poe doesn't end there he goes on further in lines 27-33 to say that, the angels can try but they will never be able to separate Poe from his love because their love is stronger than any love:

But our love it was stronger by far than the love

Of those who were older than we-

Of many far wiser than we-

And neither the angels in heaven above,

Nor the demons down under the sea,

Can ever dissever my soul from the soul

Of the beautiful Annabel Lee:

Jo does something similar but instead of honoring her powerful bond with her sister, she honors what has made her sister so beautiful and pure, in lines 9-12 she writes: “Oh, my sister, passing from me, / Out of human care and strife, / Leave me, as a gift, those virtues / Which have beautified your life”. Both poems hold the departed at a high standard, Jo wishes to be as virtuous as her sister and live a beautiful honest life like she has and Poe honors the strength of his bond with his beloved.

The final connection I made was this guardian angel idea, which is expressed in all 3 of the poems. In “For Annie” Poe uses the departed as the guardian angel for the living, “And she prayed to the angels / To keep me from harm— / To the queen of the angels / To shield me from harm” (lines 81-84). Similarly, in “My Beth” the guardian angels are also watching out for Jo, but in a different way: “Hope and faith, born of my sorrow, / Guardian angels shall become, / And the sister gone before me, / By their hands shall lead me home” (lines 37-40). Here the angels seem to be guiding Jo into the land of the dead where she will be able to see Beth again. This idea sprung from the previous lines, 33-36, where Jo describes seeing her sister waiting for her on a shore. In “Annabel Lee” this idea isn’t expressed as clearly as in the other 2 poems. It’s in lines 36-37 where you get this idea of a guardian angel: “And the stars never rise, but I feel the bright eyes / Of the beautiful Annabel Lee”. Here you get a sense that it is Annabel Lee who is the guardian angel watching out for her lover below, “For Annie” has a similar idea where Annie is actually a star sparkling down and shining for her lover.

The best connector for all of these poems is the romanticized idea of the death of a beautiful woman. Poe romanticizes something that most mourn over it's as if he is embracing death more than life. When I think of people romanticizing death I think of a suicide not the death of a beautiful woman. He makes death a living breathing entity by romanticizing it, and I feel that most want to keep death as is, sad and dark. Like the boogeyman it isn't a subject that should evoke happiness and beauty. In these 2 poems Poe allows death to become epic and he allows it to be beautiful. Each of these poems expresses melancholy and beauty, 2 factors needed to artistically capture this epic quality. It’s quite possible that when constructing Little Women Alcott had Poe in mind when she decided to include a dead beauty within her novel, especially since the poem Jo writes for Beth has Poe written all over it.

Poe once said, "the death... of a beautiful woman" is "unquestionably the most poetical topic in the world" (http://en.wikipedia.org/wiki/The_Philosophy_of_Composition). He believed that a writer should only write once they know the outcome of their work or the effect, and only then can their brilliance begin. Poe is an analytical writer and has a specific thought process to all of his work. Poe is no doubt an inspiring artist, in fact he has inspired my hand to ink a time or two and while I can never match his brilliance I only hope to capture his essence within my own work. 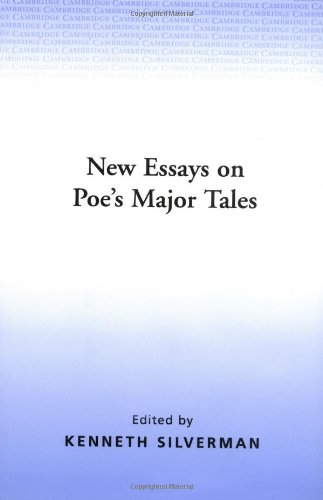 A video I found of a reading of Annabel Lee. I find that hearing his poetry read aloud is more captivating than reading it yourself.

Stumbled on this interesting lecture on the life of Edgar Allan Poe. I thought it was an interesting video and touched on some great points in Poe's life.