The setting of the books

Edith May Pargeter wrote as Ellis Peters, the pillar of Medieval crime fiction in her creation Brother Cadfael. In the shadows of the Shrewsbury Abbey of Saint Peter and Saint Paul, within the Benedictine monastery walls, lie Brother Cadfael’s herb garden and workshop full of potions for medicinal use. Set from 1137 – 1145 the novels cover the second half of a long and brutal period between King Stephen and Empress Matilda. King Henry I declared Matilda heir to the throne following his death, but as soon as he died, Stephen seized the throne and the civil war that followed was a power struggle of the highest order. War and battles moved over the country, with cities being seized by one or other size backwards and forwards. A place like Shrewsbury was no exception, so it is no wonder that what happens outside the abbey so affects what happens inside. No surprise that murder is rife then! Brother Cadfael may be a cleric, but he is also a super-sleuth with a strong sense of doing what is fair and just. While these novels are firmly set in this bloody time of the Medieval era they are quite gentle in many respects and highly enjoyable. A brief description with minimal teasers of each of the 21 novels follows.

Setting of the Brother Cadfael novels 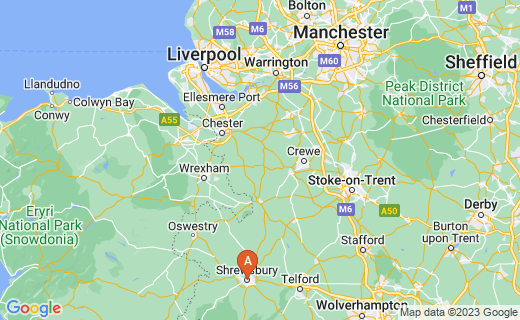 A taste of the BBC Brother Cadfael series

A Morbid Taste for Bones (1977)*^
One of the abbey’s brothers hear a saint calling to live at the abbey. They set out to get Saint Winifred’s bones as holy relics from Gwytherin, a small town in Wales. However, they don’t expect to experience resistance from the townspeople; Cadfael will have difficult choices to make and support to provide.
One Corpse Too Many (1979)*^
In a bloody battle Shrewsbury castle is taken, it’s 94 remaining supporters taken hostage and hanged. Brother Cadfael is to help with those claiming their dead, but he finds 95 bodies. Who is the odd one out, how was he killed and how does he belong to?
Monk's Hood (1980)*^
A simple treatment for aching muscles, but ingested, Monk’s Hood is poison. When it is added to food and inevitably ends in murder, the finger points to a teenage boy, Cadfael must intervene and do so quickly.
Saint Peter's Fair (1981)*
It is time for the fair and the monastery hires out stalls and the townspeople argue for a portion of the money to repair the damage wreaked during the previous year’s battles. A refusal leads to bad feeling and the murder of a Bristol merchant.
The Leper of Saint Giles (1981)*
A noble marriage of convenience between a 16 year old heiress and a 40 year old baron with the lord’s squire waiting in the wings. When the baron ends up dead, it’s obvious who is in the frame, but who is the leper who has come to town and what kind brother Cadfael do to solve the mystery?
The Virgin in the Ice (1982)*^
A battle causes two children to run away. The boy turns up, but where is his sister. Cadfael organises a search party but when they find a female under the ice in the river, is it the missing girl? If not, who is she? Only a thawing out and time will tell. Then Cadfael will need to discover how the fair maiden really died.
The Sanctuary Sparrow (1983)*
A wandering minstrel is accused of robbery and murder. Chased into the abbey he claims the sanctuary of the church, which leaves him untouched- for now. Cadfael believes he is innocent and sets out to uncover the real culprit- and the loot!
The Devil's Novice (1983)*
What is the link between Cleric Peter Clement and the new initiate into the brotherly order Meriet Aspley? It is clear that something is at hand, and Cadfael will need to be tactful and diplomatic as murder tarnishes Shrewsbury once more.
Dead Man's Ransom (1984)^
While the end of Civil War may be in sight, bloodshed still abounds. When the King is taken as a hostage it looks like there will be an exchange to get him back, but when the other hostage dies Cadfael must act fast to ensure there is an acceptable outcome.
The Pilgrim of Hate (1984)*
As pilgrims gather far and wide to celebrate the anniversary of the interring of Saint Winifred’s bones at the abbey, a knight is murdered in far away Winchester. But as remote as it seems, Cadfael finds it actually might be a bit closer than he imagined.

An Excellent Mystery (1985)
As Winchester abbey is burned to the ground, two monks come to Shrewsbury; an ex-crusader like Cadfael, with a mute young man in tow. As they fall into life at the abbey, there is more to them than meets the eye and when an old friend comes to see him an excellent mystery unfolds for Cadfael.
The Raven in the Foregate (1986)*
The parish church of Holy Cross needs a new pastor and it is the abbey which helps appoint one. But the new pastor is harsh and severe, and when a girl dies in unpleasant circumstance Cadfael must help reconstruct the pieces.
The Rose Rent (1986)*
When a young husband dies and Mistress Pearl is left with a business and home she is quite the eligible widow. With no interest in any eligible bachelors, she gives up her home to the abbey for just a rose each year as rent, but when it starts to die, Brother Cadfael uncovers a unsettling chain of events.
The Hermit of Eyton Forest (1988)
While politics rages the country, the quiet halls of the abbey face interruption as a Lord dies and his ten year old son under the protection of the abbey and the abbot, refuses to give all to his grandmother. When the hermit Cuthred arrives, despite his supposed intense holiness, darkness is uncovered.
The Confession of Brother Haluin (1988)
The beautiful and young Brother Haluin opens up a rift in the abbey as he confesses a previous love and a yearning which remains. Two lovers, separated by past events, are destined to be together under the watchful eye of brother Cadfael.
A Rare Benedictine: The Advent of Brother Cadfael (1988)
Three tales giving an insight into the beginnings of Brother Cadfael and his seventeen years in the Benedictine order.
The Heretic's Apprentice (1990)
When William of Lythwood returns to Shrewbury, his pilgrimage is finally over. However, he has died along the way and his attendant brings the body to be buried. When the attendant gets drunks and spouts heresy the prelate presses charges. Violence follows and Brother Cadfael must save an innocent person being persecuted.
The Potter's Field (1990)*
The potter’s field is ploughed for the spring and a woman’s remains are discovered. The potter has just laid down his clay and gone to be a monk at the abbey abandoning his wife. While it is said she ran home to Wales, could it be her preserved in the earth?
The Summer of the Danes (1991)
During a relatively peaceful period, Cadfael accompanies a brother to his homeland Wales, on an errand from the church. They are unaware that a brotherly feud is about to swallow them up and as Cadfael is taken by the mercenary Danes, he needs to keep his wits about him.
The Holy Thief (1992)*
When an Earl is shot, his lingering death allows him to put his affairs in order including restoring properties before he dies. One such is Ramsay Abbey, but it is in dire condition and all Benedictine brothers are asked to help. With rains and floods, the holy relics need to be moved, but they reveal a scandalous robbery and an obvious murder.
Brother Cadfael's Penance (1994)

The final novel and a possible truce in the eyes of Civil War means a meeting of the opposing factions. Harking back to Cadfael’s life before the Benedictine order and a sin for which he much atone, he wishes to attend, for where is Olivier de Bretagne; a knight who seems to have completely disappeared, who means something to Cadfael.

Most of the novels are reasonably short at around 200-250 pages in small paperback form. Many have been dramatized in some respect. BBC radio 4 produced five as dramatisations which are denoted by a ^ symbol above. They featured Glyn Houston or Philip Madoc as Cadfael. A BBC television series dramatized thirteen of the novels, denoted with a * symbol above. These featured Derek Jacobi and are reasonably close to the original text in many respects. These were filmed in Budapest, Hungary and are very picturesque which adds to the rustic feel. The episodes are 75 minutes long and can be purchased in region 2 DVD as one complete collection. While Brother Cadfael accounts for around only 30% of Edith Pargeter’s writing, he is considered to be her greatest creation, fully of humanity and compassion.

If you are a fan of Cadfael you might want to try CJ Sansom's Matthew Shardlake books as well as the author Susanna Gregory.

What was did you first engage with Cadfael