Sinclair Lewis's novel Elmer Gantry was one of his early works that was written shortly after the early runaway successes of Main Street and Babbitt, the novels which made Sinclair Lewis a household name.  This novel visited many of the themes that were important in Lewis's work, and is considered a classic, as well as an antique collectible book. Elmer Gantry was one of the novels made into a Sinclair Lewis movie, as well, and one of the most popular quotes of Lewis comes from this work: "What is love? It is the morning and evening star."

Copies of Elmer Gantry from Amazon

Sinclair Lewis was known for hammering injustice wherever he saw it, and Elmer Gantry is a scathing look at the traveling revival tent evangelists who were anything but holy. 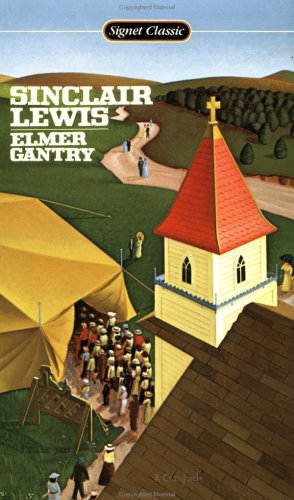 Elmer Gantry (Signet Classics)
Elmer Gantry by Sinclair Lewis, a reprint of the classic that is as relevant today as it was during publication.
Buy Now 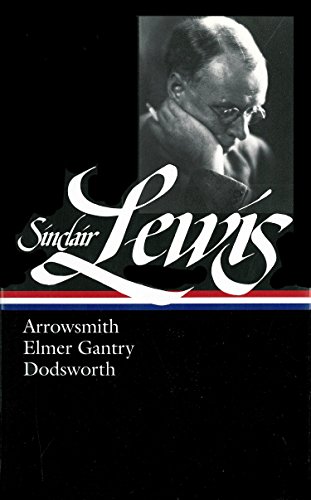 Sinclair Lewis's classic novel Elmer Gantry begins in 1902 as Elmer picks a fight with a man who is heckling a fellow Terwillinger College student, as he preaches to an outdoor crowd. Word spreads the word that Elmer, who has never shown any zeal for religion, has been converted. Elmer considers converting but he has doubts then is persuaded to speak at the Y.M.C.A. He copies some passages from a book and then gives a rousing sermon. Liking the idea of having power over an audience, Elmer convinces himself he has been called to the ministry.

In 1905, after two years' study, he is given an appointment at a church but at his new church, Elmer tries to seduce Lulu Bains, the daughter of one of the deacons. Elmer is confronted about his designs for Lulu and told he must marry her. Elmer agrees, but promises he will find a way. He behaves cruelly to Lulu, and orchestrates a situation where another man gives her a kiss. Elmer bursts in on them with Lulu's father. The other man promises he will marry Lulu. Pretending to be outraged, Elmer resigns his position.

Elmer is fired from his next position for missing an important appointment, forced to become a traveling salesman of farm equipment. After two years as a sales representative, Elmer wants to be a preacher again. In Nebraska, he attends a meeting of the evangelist Sharon Falconer. He falls for her on sight, and follows her to Lincoln, Nebraska, for her next revival meeting where he persuades her to let him speak at the meeting about how he, a businessman, was converted. The speech is a roaring success.

Elmer is infatuated with Sharon and helps her lead revival meetings in large cities, mastering the art of press advertising and fundraising. However, it all comes to an end one night in Clontar on the New Jersey coast, during the opening service fire breaks out. Elmer escapes but Sharon is killed in the fire.

Elmer then joins the Methodists and is sent to the small town of Banjo Crossing, where he falls in love with Cleo Benham, the daughter of a church trustee. Elmer works diligently and is rewarded at the Methodists' Annual Conference by being sent to a bigger church, at Rudd Center. He spends a year there, and three years in Vulcan, where Cleo gives birth to two children. Elmer raises a considerable amount of money to build a new church.

When his new Wellspring Church has been built, Elmer is awarded an honorary doctorate from Abernathy College. He becomes one of the first clergymen in the country to have his services broadcast by radio, and in 1924, he travels to Europe with Cleo. On his return, Elmer meets J. B. North, who is in charge of the National Association for the Purification of Art and the Press, known as Napap. After North invites him to lecture for Napap, Elmer is filled with ambition to combine all the moral organizations in America, with himself as the leader.

For further information on author Sinclair Lewis and his works.

Elmer Gantry the movie: based on the amazing Sinclair Lewis book of the same title.

Like this page? Have any comments? Please let me know!