Latina authors have become increasingly more popular in the United States through fiction. Two of the most well-known Latina fiction writers are Sandra Cisneros and Angie Cruz. Cisneros is a Chicana author who moved from Mexico to Chicago at a young age. Cruz is a Dominican-American author born and raised in Washington Heights, New York. Both authors wrote fiction novels inspired by their American hometowns and their negative associations with these places. Cisneros’ The House on Mango Street is about a young girl who moves to Mango Street, a fictional barrio, which she hopes to escape. Similarly, Cruz’ Soledad is about a young woman who is ashamed of her hometown in Washington Heights, New York. This essay will examine the similarities and differences between these two novels and their main characters’ desires to escape where they are from. 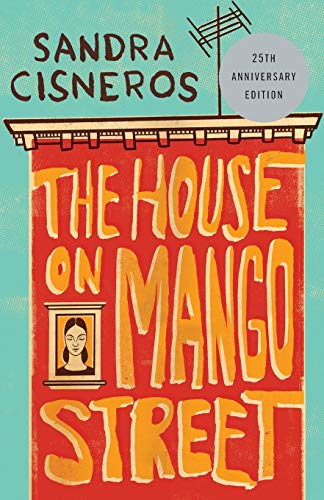 Cisneros’ The House on Mango Street is a collection of vignettes narrated by a young girl named Esperanza. These vignettes progress chronologically over the course of about a year. Some of her them deal with the condition of her house, her culture and their condition in society. In the introduction to this book, Cisneros writes, “We do this [write] because the world we live in is a house on fire and the people we love are burning in it” (Cisneros xviii). This quote illustrates her intentions for the novel. She strives to paint a clear picture of the conditions of the barrio in hopes that it will educate and possibly assist those who are negatively affected by it.

The first story in Cisneros’ collection is titled “The House on Mango Street.” This story describes Esperanza’s new house and the neighborhood they became a part of:

The house on Mango Street is ours, and we don’t have to pay rent to anybody, or share the yard with the people downstairs, or be careful to make too much noise…but the house on Mango Street is not he way they told at all. It’s small and red with tight steps in front and windows so small you’d think they were holding their breath. Bricks are crumbling in places…Everybody has to share a bedroom—Mama and Papa, Carlos and Kiki, Me and Nenny. (Cisneros 3)

The themes of poverty and the lack of a stable home persist throughout the collection, beginning with this story. The narrator constantly feels like her home is not adequate. In this same vignette, she notes that her parents think it is “temporary,” yet she does not believe them.

The narrator’s short-term friend, Cathy, has to move “a little farther away north from Mango Street, a little farther away every time people like us keep moving in” (Cisneros 13). The narrator notices that her family and others like them make the neighborhood an undesirable place to live. In “Those Who Don’t,” she writes, “Those who don’t know any better come into our neighborhood scared. They think we’re dangerous…They are stupid people that got lost here by mistake” (Cisneros 28). The implication that others fear their society or identities is one that crosses over into many other stories. This common theme shows the narrator’s feelings toward being a minority and living in a barrio.

In the story, “Meme Ortiz,” the narrator describes a man’s house that was built by Cathy’s father. The house was not level, neither were the floor boards, “and there,” Esperanza says, “at the end of the block, looking smaller still, our house with its feet tucked under like a cat” (Cisneros 22). She feels not only that she doesn’t belong in this neighborhood, but also that her family is inferior to the others that live there.

I hated to go there alone. The six blocks to the dark apartment, second floor rear building where sunlight never came, and what did it matter? My aunt was blind by then. She never saw the dirty dishes in the sink. She couldn’t see the ceilings dusty with flies, the ugly maroon wall, the bottles and sticky spoons. I can’t forget the smell. Like sticky capsules filled with jelly. (Cisneros 60)

The image of Aunt Lupe’s house makes it clear that her home, like her body, is decaying. She is literally blind to the poor condition of the home around her. Although this image is disgusting to Esperanza, she says, “and what did it matter?” illustrating that she idealizes the lifestyle of a woman who does not obey traditional gender roles, no matter the reason. Mango Street, however, is full of women who look out their windows at the world. She does not want to become one of these women.

Esperanza wants to leave Mango Street one day in hopes of a better life throughout the novel. In “Born Bad,” she reads a poem to Aunt Lupe that describes her feelings: “I want to be/like the waves on the sea,/like the clouds in the wind,/but I’m me./One day I’ll jump/out of my skin./I’ll shake the sky/like a hundred violins” (Cisneros 60). Unlike her aunt, Esperanza is able to escape Mango Street. This poem shows us her desire to be free, like the clouds and the waves. Waves and clouds both change shape constantly. Through this poem, Esperanza is illustrating that like these natural objects, she too desires to change her identity.

After listening to the poem, Aunt Lupe then tells Esperanza, “You must keep writing. It will keep you free, and I said yes, but at that time I didn't know what she meant” (Cisneros 61). Like otherwise women in the story, Aunt Lupe tells Esperanza that she will be free. Unlike the others, however, Aunt Lupe tells her that it is her writing that will allow her to escape. At the end of “Born Bad,” Esperanza says, “Then we began to dream the dreams” (Cisneros 61). Her aunt inspires her to dream and escape Mango Street through her writing.

Women in the Barrio

In the final vignette of this novel, “Mango Says Goodbye Sometimes,” Cisneros writes, “I put it down on paper and them the ghost does not ache so much. I write it down and Mango says goodbye sometimes. She does not hold me with both arms. She sets me free” (Cisneros 110). As Aunt Lupe advised her in “Born Bad,” Esperanza has found a way to escape through writing this novel.

It is clear that Cisneros’ narrator has a negative view on the barrio. Cruz’ Soledad illustrates a similar narrative from the point of view of a twenty-two year old woman. Soledad lived in Washington Heights, but often attempts to cover this up, even after she moves to downtown for work and higher education: “When I first moved to downtown and people where I work asked me where I was from, I used to say the Upper West Side, vaguely…I convinced myself that living on the Upper Upper West Side was my way of keeping nasty stereotypes of Washington Heights out of people’s minds” (Cruz 2). Soledad has a negative view on her hometown, but also a negative view on herself. She not only says that she lived in the Upper Upper West Side for the purpose of hiding her true hometown; she believes that by telling them where she is from, they will think badly of that place, not just her.

Similar to Esperanza, Soledad believes that women in the barrio go nowhere. She understands that women often begin relationships with men and do not have the opportunity to escape. She decides she does not want to have a similar relationship with a man to that of her mother; she rejects any men from the barrio: “It’s because he’s not my type, he lives in the hood. I want something better for myself” (Cruz 76). This passage illustrates Soledad’s view on the types of people her community produces. Because a man is from that place, she thinks she can do better. Soledad puts importance on the environment’s affect on its residents.

The instability of Soledad’s family makes her wish she wasn’t a part of it: “I want to find a mountain that I can sit on that will never change or move. That I can always come back to. I want that in a man, in my family, in my home. I’m tired of the unpredictable” (Cruz 68). The instability of her community causes her to feel this way also. In the first chapter of the novel, she gets “attacked” (Cruz 3) by children throwing water balloons at her. The feeling that the community is out to get her is a common theme in fiction works set in low-income communities.

Both Soledad and The House on Mango Street illustrate a young woman’s desire to escape the barrio. Toward the end of each novel, however, they discover their appreciation for this space. Esperanza leaves to help those who can’t, whereas Soledad leaves to help her mother who is trapped in the past. Both of them expect to return even though the novel does not allow us to experience that moment with them. Both texts show that there is beauty to be found in places that may not seem appealing at first sight, but a community is more than just a place. These novels prove that environment affects people in many ways and to abandon it entirely would be to abandon oneself in a way.