I taught Beowulf for many years and have read and graded more than a thousand essays written on the epic poem. If you’ve signed up for a high school course in English literature, chances are great that you’ll be assigned Beowulf to read, and you might very well have to write an essay or research paper based on the work. There are plenty of good essay topics from which to choose. In fact, the essay topics are so numerous that you might be a bit overwhelmed and have trouble choosing just one. On the other hand, you might be drawing a complete blank when it comes to essay ideas for Beowulf. No matter which proverbial boat you’re in, I’m offering some essay help. When you’re perusing my suggestions, choose the one with which you feel the most comfortable and knowledgeable. In this article, I’m providing you with some essay help, along with basic information about the Anglo-Saxons, how to write an essay outline, and some essay topics for Beowulf.

In most cases, the more a writer knows about a literary piece, the better his or her essay will be. A good way to better understand a work of literature is to understand the culture that produced it. In the case of Beowulf, the Anglo-Saxons are responsible for its creation. It was handed down orally long before it was written down. The oral version was probably composed before the year 500, when Germanic tribes were mostly still living in Scandinavia and Germany. No one knows exactly when the poem was written down, but it was most likely penned at some point between the years 700 and 1000. Like most legends, it was probably added to and altered over the years. By the time Beowulf was written down, many of the Anglo-Saxons had converted to Christianity, but old pagan elements were still included in the poem.

The Anglo-Saxons were comprised of several Germanic tribes, including not just the Angles and the Saxons, but also the Franks, the Jutes, and the Frisii. They began migrating to what we now know as England in the fifth century, and by the end of the sixth century, the tribes were introduced to Christianity. The Anglo-Saxon language used by the Germanic tribes was an amalgamation of several Germanic dialects, what we now call Old English. Much of England was ruled by various Anglo-Saxon kingdoms until the Norman Conquest, in 1066.

The Anglo-Saxons were farmers, hunters, fishermen, and warriors. They were also talented in working with metals, creating weapons, armor, coins, and jewelry. The different tribes had little overall unity. Instead, groups would form their own kingdoms, and they often fought with one another. In fact, there was much fighting and feuding among a tribe, and revenge and the payment of a debt were expected. In other words, if a tribesman killed a person, the dead man’s family was expected to seek vengeance by killing the offender. To stop much of the blood spilling, the wergild began to be used. A wergild was a repayment for a life, with gold. Each person was assigned a worth, based on his or her standing. It’s interesting to note than in general, a woman’s wergild was usually about half of what a man of the same social standing would be valued.

The Anglo-Saxons led hard lives. There was the constant threat of hunger, disease, and the elements, and bloody attacks were always a possibility. As a result, a strong king or leader was chosen who could keep the tribe safe. The leader’s followers were expected to be completely loyal, and in return for loyalty and heroism in battle, the king or leader was expected to bestow gifts to his subjects. These might have included gold, weapons, horses, land, or slaves. The elements of loyalty and generosity can be seen in Beowulf.

The most important structure in early Anglo-Saxon settlements was the mead hall. It was often built in the center of a village. The men gathered there to discuss battle plans and strategies, along with other important issues. The mead hall was also the site of celebrations and feasts, and the warriors often used the mead hall for lodging. Again, this can be seen in Beowulf, with Herot, the golden hall of King Hrothgar. 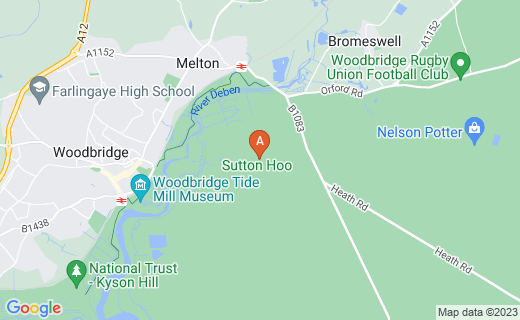 I’m assuming you’re here because you need some essay help. Perhaps you’re having trouble selecting good essay topics, which, of course, you’ll need to do first. Once you have a topic, write it down on a sheet of paper and brainstorm for some ideas and supporting examples and/or quotes or passages from Beowulf. Good essay topics are effective only if you can rationally support them. It’s better to have a ho-hum topic that you can write well about than it is to have a great topic which you can’t fully discuss and support.

You’ll need to create an essay outline. Create a strong thesis statement that’s pretty specific. Using your thesis statement and some of the points you’ve jotted down, make an essay outline. Include three or four major points to discuss. Below each paragraph topic, jot down some points that develop your ideas. If you have enough time, work on a single paragraph at one sitting. That way, you won’t get confused and allow a lot of information to overlap or be repeated.

What form of essay outline is best? That depends on the topic and on your individual preference. You might find a simple, old fashioned numbered and lettered form to work best, or you might prefer a simpler outline to be better. The key is to use some type of essay outline, even if it’s nothing more than an organized list of your thoughts and ideas. Writing an essay without using an outline is much like taking a trip to an unfamiliar destination without a map, directions, or GPS.

Below are some good essay topics based on Beowulf. Some of these essay ideas are fairly easy to cover, while others are more difficult. Choose one you think you can handle. Creating an essay outline should give you a pretty good idea about that. If you can’t create a decent outline, you might need to consider other essay ideas.

1. Discuss elements of Anglo-Saxon culture seen in the poem. Some points you might want to consider:

* The early Anglo-Saxons, for the most part, did not believe in an afterlife. They thought the only way to “live on” after death was to be remembered in song and poetry, so one had to be heroic and do something worth remembering.

* In Anglo-Saxon society, loyalty to a strong leader was paramount. How is this revealed in the epic?

* Hospitality and generosity were also important to the Anglo-Saxons. Cite and discuss evidence from Beowulf.

* Even though Anglo-Saxon women enjoyed more power and freedom than females in many other cultures did, Anglo-Saxon women had less power and lower social standing than males. What evidence do you see in Beowulf of females playing a subservient role to men? How are women sometimes used as pawns to serve a specific purpose?

2. Discuss elements of Christianity in Beowulf. How are these in direct contrast to pagan beliefs and practices in the epic? For example, God is mentioned numerous times. Sometimes Beowulf says that he is protected by God. On the other hand, Beowulf also states that fate controls everything: “Fate, the master of us all…” How do these opposing elements work together in Beowulf?

3. Discuss Beowulf as an epic hero. Does he fit the mold, or not? If you decide on this essay idea, make sure you fully understand the concept of an epic hero before writing an essay about it.

4. Discuss how Beowulf evolves from a fierce young warrior to a mature king. How do the two figures differ? How does Beowulf change over the years? Were the changes necessary to ensure Beowulf would be a good king?

5. Discuss the symbolism of the dragon. Hint: In Anglo-Saxon culture, dragons can symbolize death and/or the guardian of treasure and a grave. In Beowulf, the dragon represents both concepts. In a more generic way, the dragon could also symbolize evil.

6. Compare and contrast Grendel to the Biblical Cain. In Beowulf, Grendel is said to carry the mark of Cain. What does that mean? How is the idea displayed by Grendel’s actions? How does Grendel’s mother fit into the equation?

7. Discuss the old adage from the Bible about “an eye for an eye.” Is Grendel’s mother justified in killing one of Hrothgar’s men? Keep in mind the wergild, too. According to their own laws and traditions, the Anglo-Saxons supported the practice of paying a wergild, yet these same people killed Grandel’s mother for exacting her payment for the death of her son.

8. Discuss whether someone like Beowulf would be a good leader today. Think about his actions and his personality traits and provide several reasons why he would or wouldn’t be an effective leader in the modern world.

9. Cite and discuss actual historic elements in Beowulf. These include characters, places, and events.

10. Discuss and explain the association of Beowulf and the Anglo-Saxons with the Sutton Hoo ship burial.

Do you need more essay help with Beowulf? An essay outline will help you get your thoughts about Beowulf in order. Writing an outline is especially important for high school students. Remember that organization is important when writing an essay. If you usually have trouble writing an essay or research paper, keep it fairly simple, but be sure to cover the subject thoroughly. An easy way to do this is to use your topic sentences at the beginning of each body paragraph. Add several sentences to each body paragraph that support your topic sentence. Make sure your paragraphs are well developed and not short and “choppy.”

Essay introductions are extremely important. The best way to craft your introduction is to begin broadly and gradually narrow the focus to your thesis statement. Most of my students found that writing the introduction after crafting the body paragraphs was easier for them to do. The same goes for the conclusion, which should be more or less a short summary of what you’ve stated in your essay. In other words, don’t include new ideas in your conclusion.

Remember to choose your Beowulf essay topics carefully. Your paper should be interesting, but unless you’re very knowledgeable about the poem and its history, don’t go too far out on a limb. As soon as the essay is assigned, begin working on it. Brainstorm and craft an essay outline. Add to it and edit it as you come up with new ideas and more information. Show your teacher that you have insight into the poem. After you complete the first draft, allow it to “sit” for a day or so before proofing and final editing, as your mistakes will be easier for you to notice. Also, use plenty of details and examples from the epic poem. I hope this information, along with the Beowulf essay topics I’ve suggested, help you write a stellar essay!