If you’re a high school student taking a class in English Literature, you’ll probably need some essay topics at some point during the school year. I’m offering you some free help! I taught English literature for years to senior high school students. I also taught American Literature, World literature, writing skills, and creative writing, but my first love was always Brit lit. Of all the English poets and novelists I’ve studied and taught, Thomas Hardy is one of my favorites. In fact, he’s my favorite poet, although I’m not as fond of his novels, for the most part. I’ve been reading and researching the author for years, and I’ve taken every university class I could find relating to Hardy. If you haven’t studied Hardy yet in your English literature class, you probably will when you reach the unit on Victorian literature. If you’re studying and reading Hardy now and have been assigned a paper to write, I’m offering several essay topics based on Thomas Hardy and his literature you might want to tackle.

Thomas Hardy was born near Dorchester. 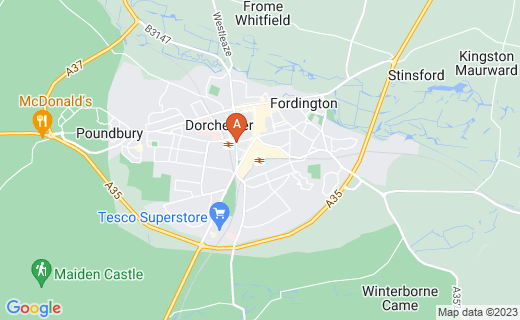 Thomas Hardy was famous for his novels and for his poetry. I’ve read several of his novels, and my favorite is Tess of the D’Urbervilles. As a matter of fact, I taught the book for years. I’ll admit that I’ve never been a big fan of his other novels, including Jude the Obscure, The Mayor of Casterbridge, The Return of the Native, or Far from the Madding Crowd. If you’ve been assigned one of these novels, it’s most likely Tess of the D’Urbervilles, as many high school teachers are fond of it. It also helps that it’s perhaps the most interesting Hardy novel to students. I think teens can easily relate to the main character.

When you’re trying to come up with some essay ideas for Hardy and his works, it will help if you know something about the poet. One of the most important things to understand is that Thomas Hardy was a Christian-turned-pessimist-turned-meliorist. You know what pessimism is, and it can clearly be seen in Hardy’s early works. In some of his later works, however, it’s obvious that Hardy’s views changed somewhat as he turned to meliorism. Meliorism is the belief that society is constantly evolving and improving, but only through mankind’s efforts. Even though Hardy had once been a Christian and had even wanted to become a priest or parson, he turned away from his religious beliefs and became an agnostic. He felt that if, indeed, there was a God, He didn’t care what happened to humans and didn’t intervene in the goings on in the world.

Tess of the D'Urbervilles:

Far from the Madding Crowd:

The Mayor of Casterbridge:

The Mayor of Casterbridge
Buy Now

The Return of the Native:

Hallmark Hall of Fame: The Return of the Native
Buy Now

I really like Thomas Hardy poems. In fact, he’s probably my favorite English poet of all time. Overall, I much prefer his poetry to his novels. I’ve never quite understand why I enjoy his poetry so much. Most of it’s gloomy and pessimistic, and I’m a happy person, so it’s not like I can closely relate to his verses. I’m also a Christian, so I disagree with Hardy’s views on the presence of a supreme being. I can, however, relate to Hardy’s stance on war, inhumanity, and the unfairness of being judged by society.

I really like Hardy’s rich imagery, too. When I’m reading Thomas Hardy poetry, I’m often able to completely submerge myself in the setting. If the poet and his works are new to you, I have some suggestions for some poems you might want to read. I suggest “The Darkling Thrush,” “Ah, Are You Digging on My Grave,” “To an Unborn Pauper Child,” “The Oxen,” “The Farm Woman’s Winter,” and “The Sun on the Bookcase.” Also, all the Thomas Hardy poems mentioned in this article are enjoyable, thought-provoking reads. If you want to read a Hardy novel, I strongly suggest Tess of the D’Urbervilles, usually considered his finest.

I’ve pondered over some good essay topics for papers on Thomas Hardy and his poems and novels. Of course, I’m not writing the essay for you, but I’ve provided some suggestions to get you headed in the right direction. Hopefully, you can take the essay ideas and run with them, so to speak. Sometimes the hardest part of writing an essay is finding good essay topics, and I hope my suggestions help in that regard. Be sure to include specifics from poems and/or novels to back up the claims you make in your paper.

1. Discuss how Hardy’s belief in meliorism is echoed in his poems. In what ways does he say that humans should try to improve society be treating each other better and by being more humane, in general?

2. How are Thomas Hardy’s poems a reflection of his views on war? Hardy despised war and thought it was the ultimate example of man’s inhumanity to his fellow man. This theme is echoed in several Thomas Hardy poems, including “Channel Firing,” “At the War Office, London,” “The Man He Killed,” “Song of the Soldiers’ Wives and Sweethearts,” and “Drummer Hodge.”

3. Discuss how the settings described in Hardy’s works serve as symbols and/or help create and enhance the tone and atmosphere. Think about examples like the desolate landscape in “The Darkling Thrush,” the forest in Tess, the wild heath in The Return of the Native, and the sterile setting of “Neutral Tones.”

4. Other good essay topics deal with fate. Describe Hardy’s views on fate, using evidence from his novels and/or poems. In the author’s novels, especially, a single, simple act or accident can alter the course of an entire human life.

6. Compare the real life of Thomas Hardy to the fictional life of Jude in Jude the Obscure. The two men share several similarities. For example, both were Christians who wished to study the ministry, yet both men turned their backs on Christianity. Hardy had worked as an apprentice to a stonemason, as did Jude. Both men had also hoped to attend university, but neither was able to. Jude and Hardy also experienced tragic relationships. There are a couple of other good essay topics you can use along these same lines.

7. Hardy sometimes mocked God and Christian beliefs in his works. Cite examples of this mocking. Especially biting examples can be found in Tess, Jude the Obscure, and The Woodlanders. Thomas Hardy poems with a similar tone include “The Sick God,” “Channel Firing,” “God-Forgotten,” “God’s Funeral,” and “The Bedridden Peasant to an Unknown God.”

8. Discuss how Hardy rails against the customs and strict rules of Victorian society in his works. Good examples can be found in Far from the Madding Crowd, The Mayor of Casterbridge, The Woodlanders, “The Blinded Bird,” “The Ruined Maid,” and “In the Servants’ Quarters.” You can also find plenty of examples in Tess and Jude the Obscure.

9. “The Darkling Thrush,” a famous Thomas Hardy poem, is often debated. The tone for most of the poem is bleak, hopeless, and dark. The last stanza, however, is a little different. Amid the speaker’s lament, the silence is broken by the happy singing of a bird. Does the poem end with hope? Or does the physical condition of the thrush destroy any hope the speaker finds in the birdsong?

10. Hardy wrote during the Victorian era, yet he’s often considered to be a modern poet. What examples of modernism can you cite in Thomas Hardy poems and/or novels?